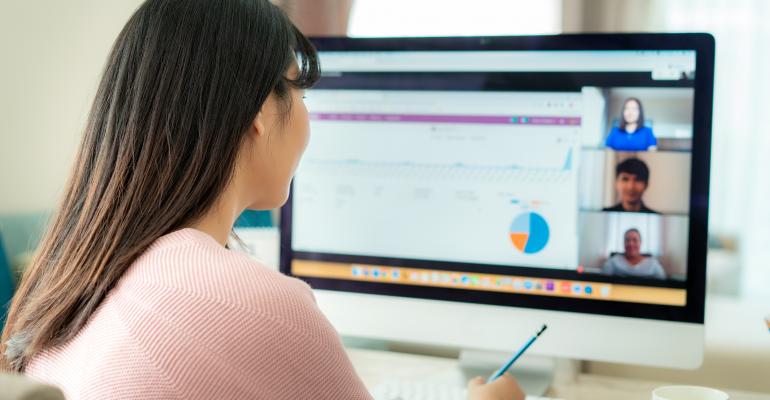 Zoom's latest acquisition hammer homes the coming together of UCaaS and CCaaS.

Over the weekend, Zoom announced it was acquiring contact-center-as-a-service (CCaaS) vendor Five9 for $14.7 billion. The deal is an all-stock transaction that converts to a little over $200 per share for Five9 stock, which had a July 16 closing price of $176.58 per share. Under the terms of the agreement, Five9 shareholders will receive 0.5533 shares of Zoom stock for each share of Five9 it held, with the deal expected to close in the first half of 2022. Once the acquisition is complete, Five9 CEO Rowan Trollope will become a president of Zoom and stay on as CEO of the Five9 business unit.

This move addresses two of the points I raised in my “Zoom at 10” post, recently published on No Jitter. In it, I pointed out that contact center is Zoom’s biggest needle-moving opportunity, and it needs to be in the space. I also speculated it would not try and build its own Five9 killer, and as the expression goes, “if you can’t beat em, join em.” Later in the post, I mentioned Zoom should make some bigger acquisitions, and CEO Eric Yuan and team certainly did that.

Financially, the deal seems to be a steal for Zoom. The purchase price of $200 per share is a modest premium of about 13% over the last reported closing price. This price seems cheap given the growth rate of Five9. Five9’s 2021 growth rate is expected to be 26.8% in 2021 and 18.3% in 2022, Yahoo Finance stated. Although the growth rate is slowing, that’s still an impressive number given Five9’s current revenue. Wall Street analysts were certainly bullish on the outlook for Five9 as well. The current consensus one-year price target for the company is $206.63, and one analyst I spoke with projected a price of $215 per share.

As a point of comparison, Slack was sold at a 38% premium, which is more in line with what I would have thought Five9 would have got. Post-acquisition, I was talking with an executive at a competitive company, and they felt Zoom would acquire its way into contact center but didn’t think it would be Five9 because “of the premium one would have to pay.” The fact that it’s an all-stock transaction means Zoom doesn’t have to spend any of the billions of dollars in its coffers to bring the capabilities in-house. At the time of writing, Five9 stock was trading under the $200 price target while Zoom stock is down about 2.5%. While it’s typical to see the acquirer stock fall, Wall Street is should be jumping Zoom as this purchase has significant cross-selling implications.

The reason Zoom wanted Five9 is obvious, as the market opportunity is massive. Zoom cited in its press release, “the acquisition is expected to help enhance Zoom’s presence with enterprise customers and allow it to accelerate its long-term growth opportunity by adding the $24 billion contact center market,” which is a low estimate. It’s a number Five9’s Trollope has been tossing around for a while to validate Five9’s total addressable market (TAM), and it’s calculated by taking all the current contact center seats and applying, I believe, $150 per seat price to it, which makes sense.

What’s missing is that businesses are now buying CCaaS seats for non-contact-center employees. I recently talked to a company that recently moved all its 50 agents to Five9 from a legacy platform. Since then, they have added another 100 non-contact center agents, including marketing, sales, field service, and other departments.

I estimate the actual TAM to be closer to $50 billion. The other factor is the increasing average seat price. Currently, Five9 commands above-average pricing, as they should be given the breadth of features and quality of product at about $200. The influx of artificial intelligence will create a new pricing model, which dwarfs the $200. How high could it go? Well, that’s up for debate. I’ve heard anywhere from a high of $300-1,000, so the real number is likely in the middle. Given Zoom is buying Five9 at the beginning of the AI era in contact center, it should enjoy steadily increasing ASPs over the next decade.

The synergies between the two companies are fantastic. Over the years, I’ve spent many hours with both Trollope and Yuan, and they both think the same way. Listen to the customer, ease of use is critical, and empathy and trust need to be part of their respective organization’s missions. These are two of the best leaders in cloud communications, and bringing them together can only be viewed as a positive for Five9, Zoom, customers, and the industry.

The purchase of Five9 also shed some light as to the comments Yuan made on his last earnings call where he mentioned the Zoom would have something to say about contact center at the upcoming Zoomtopia event. This raised all kinds of speculation, but now we should see a heavy dose of contact center.

On the topic of industry, this does create some interesting ripple effects. It certainly validates the coming together of UCaaS and CCaaS. One could argue this has already been validated, as most vendors have already laid out their strategies. However, this acquisition certainly hammers home the point. Another interesting question is what happens with the recently announced Mitel and Five9 partnership? Short term, I would suspect there is no change, and the two continue to move forward as they did prior to the Zoom announcement. Long term, Mitel would be supporting a direct competitor. One could argue it’s similar to RingCentral and Avaya, and that partnership has worked. No reason Mitel and Five9 can’t work, but it will change the dynamics.

This also brings to the surface should Microsoft acquire a contact center vendor to complement Teams? On paper, it certainly makes sense but is something that Microsoft seemingly has little interest in. Microsoft is a two trillion-dollar company and could do anything it wanted, including buying a contact center company, building its own, or both.

The last interesting point to ponder is the integration of the Zoom and Five9 clouds. To date, both companies have made small acquisitions of technology they could easily integrate into its platform. I’m sure in the short-/mid-term, Zoom will run on its existing cloud, and Five9 will run on its own. The long-term plan should be to bring these clouds together, which is something neither company has had to do.

Summarizing, this is a bold and strong move for Zoom. Now that people are returning to work, there are questions regarding its long-term value and whether the Zoom train can continue. Even without Five9, I believe Zoom had a bright future, as it has great product quality and high customer loyalty. With Five9, the combination of the two brings together two industry leaders, and that’s exciting.