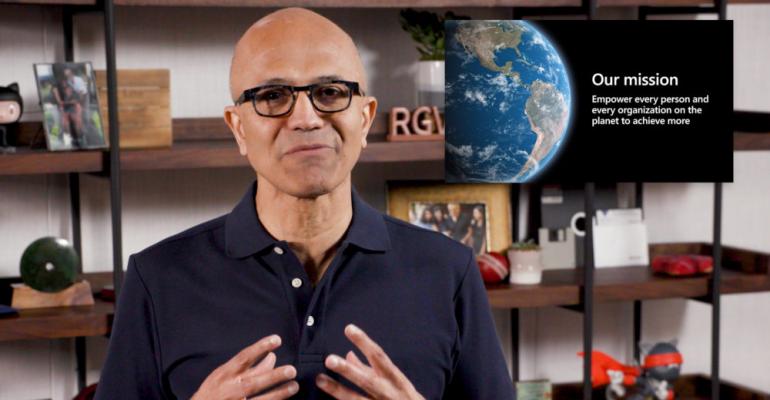 When Microsoft made the decision to hold its annual developers conference virtually, the company had no idea how much it would push forward its own digital transformation and serve as a litmus test of sorts for the future – and potential – of large-scale virtual events.

Microsoft just wrapped up 48 continuous hours of livestreamed content to a global audience for their annual Build developers conference. Normally, this event would be held in person in Seattle, but Microsoft announced back in March that this year’s edition of the Microsoft Build event would be entirely virtual.

While everyone at the Redmond company and around the world are catching their breath and getting some well-earned sleep, company executives are likely looking over the stats from the last few days and evaluating the success of their digital efforts.

Microsoft routinely uses the phrase digital transformation when talking about how they help customers morph their companies into organizations that take advantage of the cloud and the services that can be delivered over a global network. When the company decided back in March to take Build 2020 digital, it was unlikely it fully appreciated or understood how much this would push their own digital transformation forward.

In fact, that push was so significant that it has likely changed the landscape of events for the company in the future.

“We would have never in the event space accelerated and understood and moved on the road to mastery in digital events at the rate at which we are right now if things had just been going on normally,” said Bob Bejan, Microsoft’s corporate vice president for events, in a behind-the-scenes video that was shared to social media during the conference.

Bejan added that the ability for people to watch TV and absorb a lot more information is a fundamental difference in delivering Build digitally compared to its physical counterpart.

He estimated that 95% of the presenters were remote, located around the globe, delivering content from their bedrooms, home offices and kitchens. Nearly all the remote presenters and participants connected into the Redmond TV studios via Microsoft Teams to deliver their sessions.

Bejan thinks Microsoft has done two years’ worth of evolution in about eight weeks to pull together an all-digital Microsoft Build event. Their efforts seem to be paying off in terms of attendance.

Frank Shaw, corporate vice president for communications at Microsoft, shared the following details via his social media account during the digital event:

Note: This set of stats do not include the final 24 hours or so of the conference, but I suspect they would add comparable engagement numbers across the board.

This year's Microsoft Build event also garnered more international attendance than ever before.

“Historically, Build attendance is 80% from the United States and 20% around the world," said Bejan. "This year 65% are from the rest of the world.”

Microsoft has already confirmed that next year's Build conference will also be a digital only event, as will this fall’s Microsoft Ignite conference, which typically hosts approximately 27,000 IT professionals, managers, developers and others in key IT roles.

Microsoft Ignite will be held in September 2020 and will also be a free event like the recently wrapped Microsoft Build. No doubt lessons learned will be studied following Build and get applied to Ignite and its execution.

Content from both events in the past have always been made available at no cost once the events were completed, allowing access to sessions even if someone had not attended in person. Content from this year's all-digital Build will also be available on-demand.

For any company looking at whether the engagement is out there to deliver a virtual version of one of their conferences, it is not necessary to look much further than what Microsoft has done with its 2020 Microsoft Build event. A combination of engagement via social media, dynamic topics, virtual hands-on sessions to see a product in action, and community sessions to connect with other attendees and presenters can really enhance a digital offering.

Be sure to check out our list of what other productivity conferences have moved online.