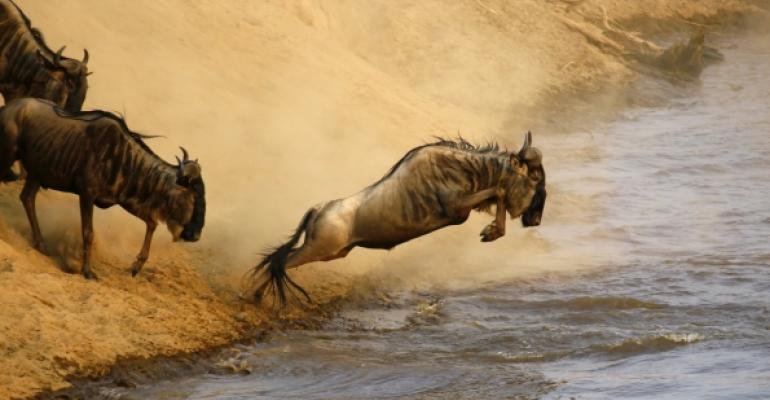 SkyDrive and Work Folders: More of the Same Microsoft vNext?

In June, Microsoft revealed Windows Server 2012 R2, and one of its compelling new features: Work Folders.

Work folders are a modern-day replacement for shared folders, with two important distinguishing characteristics.  First, they can be made available offline, and second, they can be accessed across devices and platforms.

“Now, wait!” you might say. “SharePoint document libraries, with the great new addition of SkyDrive Pro, are the modern-day replacement for shared folders!”

You would be right, as well.

Both Windows Server 2012 R2 Work Folders and SharePoint Document Libraries with SkyDrive Pro address the same business need: shared repositories of documents and files, made available across platforms, while connected or not.

This week, I’ll share with you what I learned about Microsoft’s roadmap of these two features.

This has been a HUGE week of technology news, particularly in the Microsoft space.

Microsoft made a number of important, if geeky and/or business-y, announcements at the Worldwide Partner Conference in Houston this week.

There’s been a lot of coverage of the actual announcements already.  I’ll return later to paint a bigger picture of what the subtext of the announcements suggest and how they should guide our IT roadmaps.  But for now, suffice it to say that I think this has been an incredibly exciting month in the Microsoft space.

Despite that, all the news will be dwarfed, and put into perspective, tomorrow when Microsoft is rumored to be announcing its reorganization, which is more far-reaching than any previous reorg in Redmond, and will inform the markets, business and consumer customers about how Microsoft is moving into the brave new world of devices and services.

At TechEd North America 2013, in New Orleans, when I first heard about Work Folders, I groaned audibly.

For my entire IT career, Microsoft has been characterized by a nasty tendency to throw a business problem at more than one of its “silos,” and to return to customers with multiple solutions to the same problem, each of which have distinct features and capabilities, leaving customers confused and dissatisfied with any one solution.

Was this just another example of “One Problem: Two Solutions” from Microsoft?

I was actually depressed (albeit slightly) by this potentiality. Luckily, in Madrid at TechEd Europe 2013 last week, I caught up with some friends at Microsoft and I was given a dose of Microsoft vNext Xanax to cure my depression.

Yes, the Windows Server team had created a solution that addressed a business problem already addressed by SkyDrive Pro.

However, I was told, Microsoft felt this was important because SkyDrive Pro required SharePoint on the back end, whereas Work Folders would be available out-of-box with Windows Server 2012 R2, without requiring a SharePoint infrastructure.

That point made sense from a technical perspective, but didn’t quiet my discomfort with two solutions to the same underlying business problem.

What I was told next made my day: The team responsible for this feature is well aware of the overlap between SkyDrive Pro and Work Folders.  You can expect developments in the near future that reflect this awareness.

Microsoft is Breaking Barriers Down Between Product Silos

That kind of roadmap guidance assured me that what I’d seen over the last 18-24 months at Microsoft was indeed a reality: Barriers are being broken down across product silos.

The “wink and nod” communicated (without guaranteeing) that Microsoft would unify the technical solution to the cross-device, offline access scenario.

I’m looking forward to catching up with the “owner” of this feature—our schedules didn’t permit me to talk with him directly in Madrid.

But as someone who has worked on both sides of the collaboration fence—on Windows Server file share, redirected folder and role-based management implementations; and on SharePoint document libraries and My Sites—I am optimistic that unlike in years past, we’re going to see a trajectory towards single solutions, rather than redundant partial solutions produced by separate silos at Microsoft.

Now—and I know I’m asking for a lot!—if they can also deal with the branding, UX and messaging problems that “SkyDrive Pro” versus “SkyDrive” versus “Offline Files” versus “Work Folders” have introduced.  One can hope!