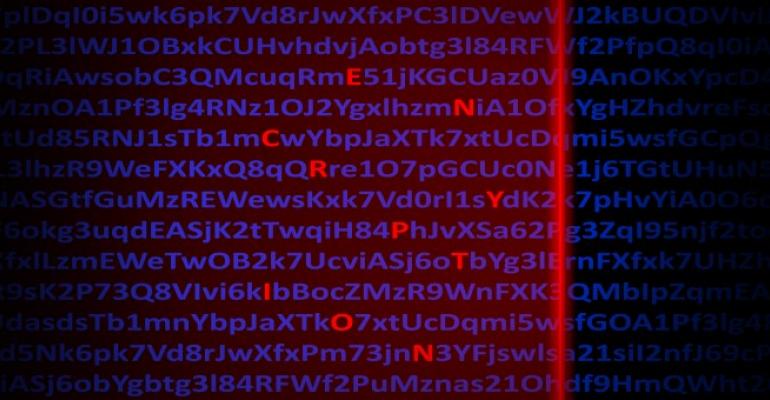 Let&#39;s look at your options with SharePoint as a claims-aware application and discuss authenticating users and providing claims about their identity. You can then use these claims in your back-end applications.

Authorizing access to content that's held in Microsoft SharePoint is covered in "SharePoint Security 101: What You Need to Know to Secure SharePoint," the first article in this multi-part series covering certain security aspects. To enforce access rights, SharePoint must be able to identify the user who is attempting to access content. Similarly, user identity is crucial in providing services such as the User Profile service: The user's identity controls what they can do with personal homepages and social features.

Authentication is part of the overall process of establishing a user's identity. Ultimately, requesting users presents some form of token to SharePoint to prove who they are. SharePoint then uses this token to associate the user to an internal object (called SPUser), which is subsequently used to authorize access to content.

In earlier versions of SharePoint, this token could be a standard Windows security token, representing an Active Directory (AD) user object or security group, or a token generated by an ASP.NET membership and role provider. Although it still supports classic Windows identities, SharePoint 2010 also supports a claims-based approach to identity, which results in several added capabilities. For example, SharePoint can participate in authentication infrastructures that are not based on Windows, benefiting from ease of identity delegation to back-end applications and a simpler and consistent environment for solution developers.

In this article, I look at SharePoint as a claims-aware application and discuss the options that you now have for authenticating users and providing claims about their identity. You can then use these claims in your back-end applications.

In the claims world, a user's identity consists of any number of attributes that describe things about the user: email address, full name, groups to which the user belongs, country of residence, and even more personal attributes such as passport or driving-license number. Issuing authorities, such as Active Directory Federation Services (ADFS), that you explicitly trust issue claims about these attributes and their values.

The notion of explicit trust is important. Without it, claims-based identity systems would be impossible. Your application must decide the authorities from which claims will be trusted. Consider the age attribute. You might trust people to provide their own age if its use within your application is merely for informational purposes; for example, it doesn't really matter whether I enter my real age on my Facebook page. But if the purpose is to verify whether someone is legally allowed to buy alcohol, then you want the answer to come from a more authoritative power—some authority that can verify the answer, such as a birth-registration authority.

SharePoint 2010 is a claims-aware application, meaning that it doesn't really care how the user is authenticated. All it cares about is receiving a Security Assertion Markup Language (SAML) token that provides values for attributes that it can use to determine the user's identity. This distinction allows SharePoint to be deployed in environments that might require more Internet-friendly authentication techniques than a pure Windows system can provide. It also means that you can make changes to the available authentication methods without recoding, recompiling, or reconfiguring SharePoint or any integrated solutions.

One example that is often used for a high-level description of claims-based identity is that of boarding an aircraft:

1. As you approach the departure gate, you present your boarding card—in paper or electronic format—to the agents.

2. The agents confirm that the boarding pass is not a forgery by verifying (via a barcode or magnetic strip) that it was issued by the airline.

3. Because the agents trust the airline, they trust the details (i.e., the claims) such as seat number, name, and flight number that are on the boarding card.

4. The agents authorize you to board the airplane.

You have various ways to physically get your boarding card, such as via online check-in or at a ticket desk. Regardless of how you get the card, you must provide some credentials (e.g., a booking reference, your passport or driving license) to prove your identity before the card is issued to you.

In essence, the boarding card is a set of claims about you that have been issued and verified by an authority that the agents at the gate trust. The agents at the gate don't care how you got the boarding card or, by implication, how you proved your identity to the issuing authority. This is a key benefit of claims-based identity systems: They abstract the whole authentication area (including maintenance such as password management) from the application.

In software terms, the set of claims is called a security token. The issuer signs each token. A claims-based application considers users to be authenticated if they present a valid, signed security token from a trusted issuer. No matter which authentication protocol was used, the application gets a security token in a simple and consistent format (i.e., SAML) that it can use to subsequently determine authorization and permission levels for that user. Ultimately, the application can authorize access to its resources by using any of the claims that the user presents.

SharePoint 2010 supports two methods of identifying users. The method that is used is scoped to the web application level.

There are many reasons why you might need or want to use something other than Windows identities in the environments in which you run SharePoint:

But SharePoint actually goes a step farther. As well as accepting WS-Federation authentication requests, SharePoint now also accepts Windows and forms-based authentication requests and converts them into a claim. Such a claim can then be used inside SharePoint to communicate with service applications and to delegate to other back-end applications that support claims. Furthermore, SharePoint also provides the Claims to Windows Token Service (c2WTS), which can convert a claim back into a Kerberos ticket for integration with non–claims based applications.

To dispatch unauthenticated requests for SharePoint resources to an identity provider, and to convert the returned security tokens into claims (i.e., SAML tokens), SharePoint has its own Security Token Service (STS).

The STS is a Web service that comes into play for any web application that has been enabled for claims-based authentication.

Figure 1 shows the high-level steps occur when a user attempts to access a SharePoint resource:

1. An unauthenticated HTTP request is made to the URL of the SharePoint resource.

3. The identity provider authenticates the user against the relevant resource, be it AD for Windows, a membership and role provider for forms-based authentication, or a SAML-based system such as ADFS or Windows LiveID.

4. The identity provider returns a security token that is specific to its authentication method.

5. This identity provider–specific security token is presented to the SharePoint STS. The STS verifies that it trusts the issuer of the security token and turns the token into a SAML token, which is suitable for use within SharePoint. (If the identity provider issued a SAML token, then the STS regenerates that token.) Note that the actual attributes in the SAML token depend on the identity provider. At this stage, the SAML token can also be augmented with your own claims provider before being passed back to the calling user. This augmentation is useful in ensuring that claims for other applications, such as a back-end customer relationship management (CRM) application, are already included in the user's list of claims.

6. The SAML token is returned to the user.

7. The HTTP request, with the SAML token attached, is made to the original URL. SharePoint then uses the SAML token to determine whether the user is authorized to access the requested resource.

The SharePoint STS is a Web service called SecurityTokenServiceApplication and is installed on your front-end servers, in the Microsoft IIS website called SharePoint Web Services.

1. From the Manage Web Applications page in Central Administration, select the New task on the Ribbon.

2. From the resulting page, select the Claims Based Authentication radio button at the top of the page.

3. In Claims Authentication Types, select the identity providers that you want to support (e.g., Windows, FBA, or Trusted IP).

4. If you specify more than one identity provider, the Sign In Page URL section offers the option of overriding the default sign-in page.

Figure 2: Sign-in page with choice of Windows or Forms Authentication

The differences between the claims that Figure 3 and Figure 4 show can be accounted for by the different IPs that were used to authenticate the user. Even though the same data source (i.e., the same user object in AD) is used for authentication in both scenarios, Windows authentication returns a different set of attributes than LDAP authentication does.

Figure 4: Home page after authenticating by using the Windows provider

RELATED:  SharePoint Security 101: What You Need to Know to Secure SharePoint"