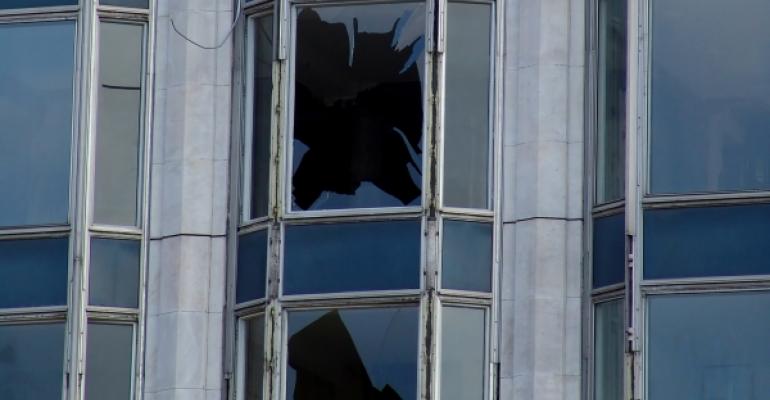 SharePoint News: What About SkyDrive?

It’s been an interesting period for Microsoft and SharePoint-related news. We’ve seen important announcements from Microsoft overshadowed by unusually frank admissions of mistakes and warnings--and branding challenges...such as SkyDrive.

Regular readers know I’m a big fan of SkyDrive.  It’s a really solid technology, deeply integrated into other really solid technologies (like Windows, mobile devices, and SharePoint) and it delivers some critical value with a cloud-storage solution that is available offline for disconnected scenarios.

It’s not perfect, to be sure.  There are features we want that it doesn’t yet have. But we’ve been promised rapid innovation, and Microsoft seems to be delivering.

In Windows 8.1, SkyDrive is *very* tightly integrated, and there are some clever innovations to reduce the storage and bandwidth burden on devices (tablets and phones, for example) while maximizing functionality.  These innovations include preview files and smart thumbnails, detailed in the SkyDrive blog.

In the last few weeks, Microsoft has also enabled granular security for sharing down to the individual file level, and new features to make it easier to view, select, and share photos.  Both of these newest capabilities are detailed in a recent blog entry, but the blog doesn’t highlight how granular security applies to all files in SkyDrive, now, not just photos. And they’ve enabled sharing “edit document” links via email.

As much as I haven’t been able to catch a break this year, it seems Microsoft can’t, either. It manages to build a really phenomenal and rapidly-innovating technology brand in SkyDrive, then it suffers from its own branding mistakes and the whims of the broader marketplace.

There’s been a lot written about the—I’ll say it—very poorly thought- through branding and nomenclature around SkyDrive and SkyDrive Pro.  That’s Microsoft’s mistake.

Then, last week, Microsoft lost a court judgment brought by British Sky Broadcasting (BSkyB), partly owned by News Corp., suing Microsoft for use of the SkyDrive name.  As people in Europe and particularly the UK will know, Sky is a ubiquitous brand, primarily around television subscriptions.

This makes me really sad for a number of reasons.  First, Microsoft started offering SkyDrive in Europe in 2007, so it’s sad that it wasn’t until 2011 (the same year that Store & Share was shut down) that the case was brought by BSkyB.  Second, Microsoft probably wouldn’t have had the problem if they’d kept the crazy name “Windows Live SkyDrive.”

But Microsoft is going to rebrand SkyDrive.  I’m hopeful that this reflects internal recognition that the brand and nomenclature was already messy, and that they fix that at the same time.

I’m also hopeful that this reflects an existing plan to “merge” the technologies behind SkyDrive and Work Folders—a problem I highlighted a few weeks ago.  We shall see…