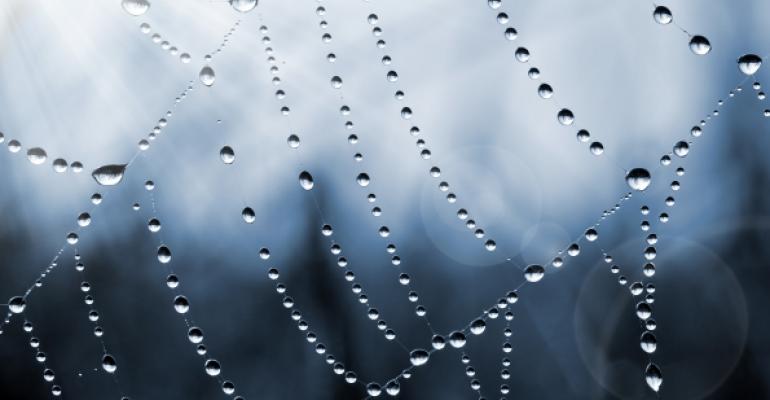 A SharePoint Intranet in 48 Hours

Recently I learned some extraordinary lessons in building a SharePoint-based solution in 48 hours. Let me fill you in about Iron SharePoint and why I think everyone should build their SharePoint solutions in 48 hours!

A few weeks ago, I hosted Iron SharePoint, an entirely new kind of SharePoint event. The event challenges a team to build a SharePoint implementation from the ground up in 48 hours, for a real-world client.

Iron SharePoint was the brainchild of co-producers Tony Lanni of AvePoint and Dave Seaman of Syntergy. Syntergy and  Alcero sponsored the competition.

On Monday, January 31st, a team from Envision IT (the consultants) sat down with two representatives of the Boys and Girls Clubs of Canada (BGCCAN). By Wednesday afternoon—48 hours later—the team’s leader, Peter Carson, was presenting the intranet solution to BGCCAN and the attendees of the SharePoint Summit in Toronto. How frigging amazing is it that it was even possible? There were some very interesting lessons.

The requirements gathering meeting took just over three hours—which was almost twice as long as I’d anticipated. We spent time ensuring that the team understood the mission and structure of BGCCAN—the business as a whole. BGCCAN’s national office, based in Toronto, supports the local Boys and Girls Clubs around Canada, who in the end service hundreds of thousands of youth up to the age of 18. We then listened to the business need that BGCCAN was bringing to the table. BGCCAN consists of a small team—20-30 members—many of whom work in remote locations and rarely step foot in the national office itself. They needed to improve communication, collaboration, and social connections between team members.

The requirements were fairly standard. BGCCAN had an outdated, overloaded, and inefficient set of shared folders on file servers, which had grown large, cumbersome, and very difficult to search to locate specific information. They wanted to streamline the management and collaboration around documents.  Document libraries would clearly address this requirement.

They also wanted to streamline communications. Currently, most announcements were made by blasting email messages. Even the consolidation of weekly management reports was done through a process in which each manager emailed reports to an operations team member, who compiled the reports and sent them to everyone as a single unit. Not only was that inefficient, it also made it difficult for someone to query the originator of one part of the consolidated report. A cultural move to enterprise blogging would address this requirement. Announcements can be made through blogs, and each manager can post their report as a blog entry, which has an inherent feedback mechanism: blog comments.

One of the most interesting requirements was to create a “virtual water cooler.” Because some team members are remote, and there are activities that reach into every corner of the nation, there needed to be a way for employees to “chat,” to share photos (personal and professional), to keep each other updated with life events, etc.

After detailing the requirements (and there were a lot of details beyond what I can write about here), we then looked at creating an identity for the intranet—something that would make it a destination and give it a distinct personality. After some brainstorming, the identity, Clubhouse, was selected. The designer, Janusz Cieplucha, then got the specifications for BGCCAN’s logo, colors, fonts, and other branding guidelines, and began spec’ing out designs.

The last part of the lengthy requirements meeting on Monday afternoon was coming to consensus around information architecture and navigation. This was a fascinating challenge. Although BGCCAN wanted to provide easy navigation to corporate functions including HR and Legal, BGCCAN brought a very unique idea to the table in regards to navigation to project sites.

Projects—defined as cross-functional initiatives that typically have a defined lifespan—were to be aligned with the organization’s mission and strategic goals: impact, public policy, growth, resources, and operational excellence. BGCCAN could map each of their 20 projects to one of these strategic goals \\[which was, to me, a sign of a well-run organization!\\] and they wanted through navigation to communicate to intranet users a “big picture” of how projects contributed to the overall strategy of BGCCAN.  I thought this was a GREAT idea—and something I don’t see very often: messaging through navigation. It also allowed BGCCAN to avoid the political implications of “who is listed first” in a hierarchical navigation.

The creative designer and architect worked hard overnight. By 9am Tuesday morning (16 hours later), the designer had come up with five concepts for a logomark and home page layout.  This was one of the more exciting parts for me to watch.  As a “tech’y” and “business’y” guy, I rarely get to watch a creative designer interface directly with the client—and what he created and how he explained the concepts was really tremendous.

Tuesday afternoon, the work of the architect and the senior consultant in charge of deployment, Mike Beaudry, really kicked in, as they deployed the Web application, sites, lists, and libraries.  Envision IT uses a set of PowerShell scripts to define and deploy a site, which makes the actual deployment quite fast, and allows the entire infrastructure to be “blown away,” redefined, and redeployed quickly.

By Wednesday afternoon, the intranet was unveiled.  It was presented to seven Iron SharePoint judges, to the client (BGCCAN) and to the attendees of the SharePoint Summit. Everyone was flabbergasted that it was even possible to define, develop, and deploy a real-world intranet in less than 48 hours. There were certainly points of feedback, and there will no doubt be tweaks made as there are to any intranet, but WOW.

So, for me, the biggest lesson here was just how much can be done when you have a limited, defined timeframe. With only 48 hours to create the solution, and only 3-4 for requirements gathering, decisions were made quickly and effectively that would have taken weeks or months in any “normal” project. BGCCAN came to the table prepared—they knew what they wanted—but they also made decisions—sometimes hard decisions.  You know what?  I expect they’ll revisit some of the decisions in months ahead and maybe change their mind, and modify the intranet.  But in the intervening months, they’ll have a fully functional solution that meets their current needs.  They’ll have invested time and money wisely.  In “normal” projects that stretch out over weeks and months, you end up with a functioning solution that you still end up changing later—but you will have waited and spent more time and money in the process.  SharePoint must be recognized as an ever-developing (spiral / agile) solution in your enterprise. Don’t over-develop. Instead, take action!

I honestly think many organizations should consider approaching their SharePoint projects this way: come to the table, prepared, with the right resources (here, it was the business customers, an architect, a developer, a designer, and an IT guy), a timeframe (here, 48 hours), and an understanding that this is one step in your enterprise’s SharePoint journey—not the “end all, be all” for your SharePoint farm.

You can learn more about the event, the process, the people involved, and you can see samples of what was produced creatively by following Peter Carson’s blog.