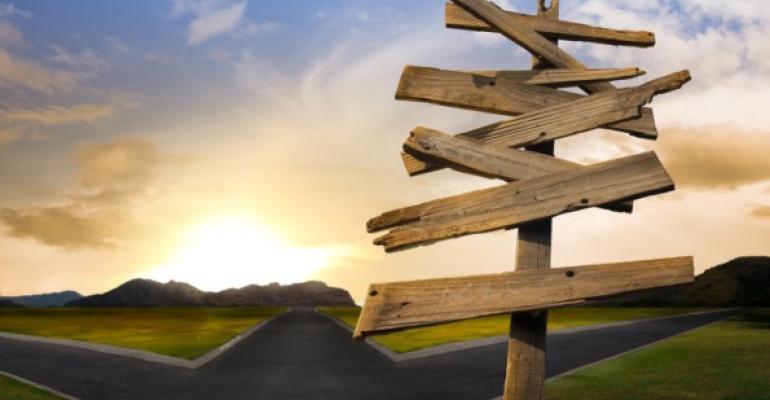 How will your SharePoint road map be affected by Microsoft&#39;s recent important releases? What direction do Windows 8.1, Yammer, Office, and a Microsoft reorganization point you toward?

With all of Microsoft’s announcements in June—Windows Server 2012 R2, SQL Server 2014, Visual Studio, System Center, and massive updates to Windows Azure—you’d think that there were no developers working on SharePoint at Microsoft.  But, indeed, there have been many important releases that impact your SharePoint roadmap and implementations.

First, I’d like to point you to a slickly-produced video released by the Office division. It gave me a way to show my friends and family what SharePoint could do, as a technology. Sure, it’s a long way away from what most of us are actually doing with SharePoint, but it’s a start.

Most of my friends and family were impressed that I was building windmills.

What impressed me was that the entire video focused heavily on social interaction, and Yammer was only visible for a fleeting moment.

Speaking of Yammer, last month, Microsoft enabled Office 365 customers to replace the SharePoint news feed with Yammer, as announced by Christophe Feissinger in his blog post.  It’s somewhat of a cosmetic change, but it’s a start.

A few days ago, the story improved with the release of the Yammer app for SharePoint, which exposes a Yammer feed in a SharePoint site.  The app can be used both in Office 365 and on-premises, but of course the on-prem app still uses the cloud service of Yammer.

Microsoft also released some new documentation for IT pros about how to integrate Yammer with on-premises SharePoint implementations.

Late last week, Jared Spataro, Senior Director of the Microsoft Office Division, announced some impressive numbers on the uptake of Yammer in a blog post.  While the numbers might try to speak for themselves, the experts and customers with whom I’ve spoken—and they are numerous—see the current release of Yammer/SharePoint integration as a “yawner” rather than a “yammer.”

I expect a deeper examination of the numbers would reveal some illuminating skews. However, I have zero doubt that over time the story is going to get much more interesting and exciting.  So don’t discount the technology just because it’s not yet fully integrated or widely adopted.  It will happen!

Along with the release of Windows 8.1 Preview came the release of Outlook 2013 RT—the version of Outlook that runs on the Windows Surface and other Windows RT devices.  Functionality wise, not a lot of surprises.

It’s Outlook.  It’s NOT a “Metro-ized” version of Outlook, which will come next year according to public statements.  I’ve not been given the slightest indication of release dates, but I do know there’s a SharePoint Conference in March and TechEd in May, so a rough estimate would be: March or May.

But the good news here is that there is no “news.”  It’s Outlook.  It runs on RT!!!!  This removes one of the biggest barriers to adoption of “Windows v. New” – Windows RT.  I think it’s fantastic!

For what it’s worth, I’ve been using Windows 8.1 on my Surface Pro [I use the full-blown Win32 version of Office, rather than the RT version] and I love 8.1.  They’ve smoothed most or all of the rough edges, and even over the last week, some really great apps have been added to the massively-improved Windows Store.  I’d say 8.1 should still be put on a non-primary device, but I do love it.

Microsoft continued the client-side blitz with the release of Office for iPhone.  My colleague, Paul Thurrott, presented a review and analysis.  Like Paul, I think the subtext is really illuminating: If you’re an Office 365 subscriber, you’re going to get a lot for free.

You already get to install Office clients on five Windows devices, under appropriate Office 365 subscription plans, and now you get to use Office on non-Microsoft mobile devices for free.

Another sign that Microsoft is making (in my opinion) very smart decisions about how to get people into its Office 365 cloud!

The other point that Paul makes, that I would like to reiterate, is that this release is really impressive.  Anyone that faults the lack of functionality vis-à-vis the full-blown Office client just doesn’t get it.

Very few if any users would ever want to use “full Office” on a 4-inch screen.  It makes no sense.  What they do want is to be able to open, comfortably review, and make quick edits to Office documents in a way that doesn’t destroy the integrity of the underlying document.

I think this release of Office for iPhone hits the mark brilliantly for a first release.  I can’t wait for the equivalent on iPad, though now with Windows 8.1 and Outlook RT, my iPad is likely to get relegated to the test-only, do-not-carry-on-travel device pile.

Still not content, Microsoft announced the release of SkyDrive Pro apps for Windows 8 and iOS.  With the app, you can access your Office 365-based SharePoint document libraries (and My Site personal library) from iOS and Windows 8 devices.

And, if you haven’t heard, the SkyDrive app in Windows 8.1 Preview allows offline caching of documents (just like the full desktop version), and provides a Modern UI “Explorer” interface to files on “This Computer.”  We’ll talk in a future article about where all of this is going.  It’s very exciting, folks!

What's Next from Microsoft

These releases are great, functional releases for users.  They also give a lot of insight into how Microsoft is thinking and innovating in this new, Post-Windows 7 world of “devices and services.”

Next week, I’m guessing we will be reviewing the major reorganization that Steve Ballmer is rumored to be ready to unleash on the company.

I’m particularly interested to see where Office, Office 365, and SharePoint fall into the new structure. I’ve heard some absolutely earth-shaking rumors, and I’m really hopeful that the reorganization will enable the next wave of innovation that we’ll see come to fruition in early 2014!