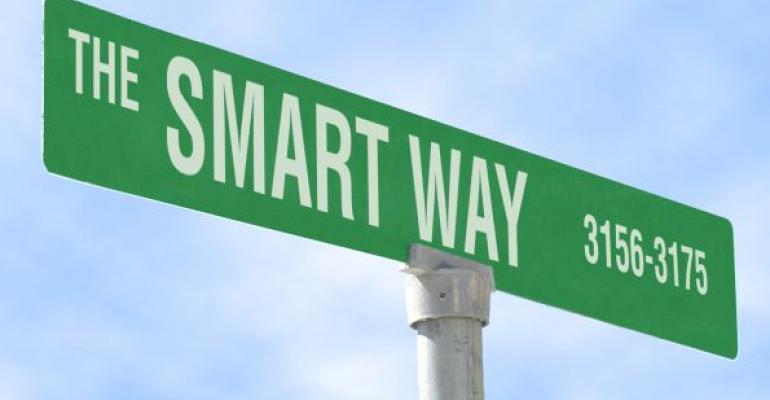 We’ve reached the end of another year—and what a milestone year it has been for SharePoint.

There’s no doubt that SharePoint has captured the imagination of enterprises around the world, who see a product that in its 2010 release is “ready for prime time” as a business collaboration platform, integrating with or replacing legacy systems that have been providing content, document, and records management; business intelligence; search; and web-based communication and collaboration.

Microsoft has once again proven that sometimes it may be late to the party, but when it arrives it brings really great gifts! The product group in Redmond has a lot to be proud of, but of course their work isn’t over as they turn their attention in 2011 to developing v15 of SharePoint. What about the rest of the community?

Where will we go, and what will we do in 2011?  I provided my predictions in the most recent edition of SharePointPro Connections Magazine.

I also posed the question to a number of the top SharePoint MVPs and, as has become tradition in this column, I sign off in 2010 with their predictions for 2011.

There’s an interesting theme that runs through many of them—sounds like the forecast for next year is: Cloudy with a Chance of Success.  And be sure to read on—Darrin Bishop looked in his crystal ball and there’s a shocker in store!

I reached TODD BAGINSKI today while he was riding a ski lift in Colorado.  Since he was already skiing above the clouds I thought it would be a perfect opportunity to get his take on SharePoint and the cloud.

In 2010 Todd did a significant amount of work creating yet to be released training kits for the next version of SharePoint online and how to integrate Silverlight and SharePoint.  When he was not building training kits for Microsoft or creating the new Microsoft Lync web site he developed Windows Phone 7 applications and spoke at several SharePoint conferences.  He blogs at www.toddbaginski.com/blog and tweets at @toddbaginski.  He shared his thoughts:

As more companies move to hosted (cloud-based) SharePoint environments they will start implementing more client side solutions than ever before.  Silverlight applications, JavaScript, JQuery, and the new capabilities HTML5 provides will become common foundational application components as developers use them to replace server side solutions in hosted environments.  Integration between hosted SharePoint solutions and cloud based services and data stores will also become more commonplace.  As a result, authentication and authorization mechanisms will become more complex than in typical on-premise environments.  Choosing a partner that understands how to properly architect cloud based SharePoint applications will make all the difference when it comes to properly securing data while also creating extensible and supportable systems.

ROB BOGUE (www.thorprojects.com/blog,  @RobBogue) was harder to find under the arctic tundra in Indiana where he was questioning the whole idea of global warming and musing on SharePoint in 2011.  Here’s what he said:

I think that the SharePoint news in 2011 will be an extension of what we’ve seen for the last few years.  Specifically, folks with SharePoint experience – particularly those with development experience – will be very hard to find.  As everyone starts to do their 2010 migrations with their freshly minted 2011 budgets demand for the best talent will be tight.  The good news is that the tooling for SharePoint 2010 is better across the board from PowerShell support to Visual Studio 2010 tools, it’s easier than ever to work with SharePoint.  It’s also good that the training resources are better than they’ve ever been so it will be easier to educate internal staff – if you remembered that budget line.

DAVID MANN has spent the last year (like the several before it) fully immersed in SharePoint – writing, teaching, and doing projects for clients.  Dave is a part-owner of Aptillon (www.aptillon.com) and a contract trainer for Critical Path Training.  His blog is sorely in need of new content (so let’s get on that, Dave), but he plans on rectifying that in 2011.  Dave thinks 2011 is going to be another banner year in SharePoint-land and shared the following thoughts:

2011 is going to be the year we point to for when SharePoint in the cloud really got its start.  Office 365 (currently in beta) is amazing and it is going to spread like wildfire in 2011.  The introduction of the client side object model(s) and the sandbox in SharePoint 2010 are the primary fuel for this fire, along with all of the other great functionality in SharePoint.  Companies are going to be giving this technology a good look and running it through its paces.  Small to medium sized businesses, that may not be able to afford or may not be interested in paying for SharePoint on-premises, are going to immediately see value in Office 365.  Larger enterprises will also begin seriously investigating this technology and begin rolling out pilots or departmental implementations.  It’s going to be (another) exciting year for SharePoint folks!

MATT MCDERMOTT had a wild 2010, spending most of his time on building his new business, AbleBlue, and working with his great friends to create Aptillon. Matt moved his blog to http://www.ableblue.com/blog. In addition to his consulting and speaking engagements he also spends his time as a search dog handler for K9 Search Austin and this year the team produced a bunch of videos targeted at answering kids questions about the dogs. Matt is eager to see how 2011 unfolds. Could it be more exciting than 2010? Matt shared his predictions with me:

You have to admit that the uptake of SharePoint 2010 has been a bit slower than expected. I predict that companies will begin to take stock of their software expenses and decide to start their migrations based on business value and not on “new and shiny” like they did for the 2003 to 2007 upgrade. I predict that one driving factor in these decisions will be a focus on search (or, more correctly, findability). Companies are beginning to understand how much time their workers are wasting looking for stuff they have created and recreating stuff they cannot find. I think SharePoint will be the heavy favorite to supply the features that these enlightened companies seek. Of course, this means they have to do the proper planning to realize the products potential.

ASIF REHMANI has been busying himself for the last year immersing in all things SharePoint 2010 with a focus on SharePoint Designer 2010 and InfoPath 2010. He teaches SharePoint Designer courses with Critical Path Training and provides supplemental education through videos at SharePoint-Videos.com. You can check out what he is up to right now at his blog http://blog.sharepointelearning.com. He is optimistic about 2011 and shared the following predictions with me:

Since SharePoint 2010 was released midyear, many companies did not appropriately budget for rolling it out or training their users on it. With the economic outlook looking more hopeful in 2011, many companies will start investing in new technologies. These companies will quickly realize that SharePoint is at the heart of all things Microsoft these days and SharePoint 2010 adoption will take off! Therefore, there will be a great need for SharePoint training and consulting. The main thing that companies should be careful about: partner up with SharePoint experts in the field to roll out your SharePoint deployment and training your users. If not, you might have to do it all over again down the line :-).

MAURICE PRATHER has spent the better part of 2010 working on a variety of SharePoint 2010 projects across the globe.  When he’s at home, he spends time with his family, sailing, snowboarding and he has even found spare time to jump head first into entrepreneurship by starting two companies.  He blogs (www.bluedoglimited.com/SharePointThoughts) and tweets (@mauriceprather) about all things SharePoint.

Prediction for the year?  More folks will start to see the immense power and flexibility of SharePoint.  All the way from the web, to the desktop, to the little super computer stuffed in your jeans pocket.  Data everywhere… and a lot of it will be surfaced with SharePoint’s BI components such as PowerPivot. From an administrative side of life, folks will start to see that SharePoint is not an “application” but more like an entire ecological system. SharePoint systems require proper care and training much like my dog and cat Asta and Neah Bay, who would otherwise wreak havoc a la Pinky and The Brain (and, yes, the cat has figured out how to shut down my servers).

2011 is the year we see Office365.  I believe that Office365 is going to be the version to push this cloud stuff over the edge for Microsoft.  That means I will be digging into Office 365 in 2011. I predict that Office 365 will be brought to its knees in 2011.  Why? One word: WikiLeaks. In 2011 I have it on good sources that WikiLeaks will migrate to Office 365 for the document management, records management and web content management capabilities.  The migration won’t take down 365, but the amount of people using the Search features in 365 to find all the hidden gems in the WikiLeaks document surely will put an unexpected load on Office 365.  What will I be searching for? Top on my list are: Area 51, which is probably just an All Inclusive Sandals resort for the government, faked moon landings and who really shot J.R. What will you be looking for in 2011?

Thanks to all the MVPs who shared their insight and insanity with us!  Happy holidays and may 2011 be a year of health, family, friends, community and SharePoint!

Other related things you might want to look at:

And some more predictions