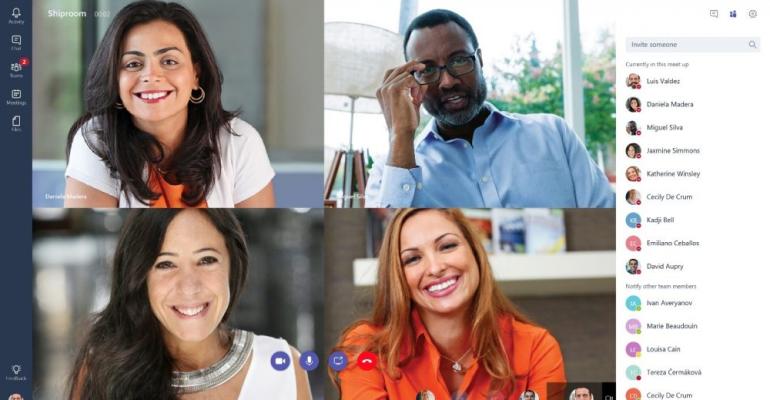 Microsoft unveiled new features for its Teams team collaboration software, timed to the product’s third anniversary and arriving amid a surge of remote working due to the COVID-19 outbreak.

(Bloomberg) -- Microsoft Corp. unveiled new features for its Teams corporate-chat software, timed to the product’s third anniversary  and arriving amid a surge of interest in digital workplace communications tools spurred by the Covid-19 outbreak.

Several of the tools may be especially useful for employees in the new world of work from home. Real-time noise suppression should block out the sounds of background typing and family members sharing the same space amid virus isolation orders. Another feature lets users virtually “raise their hand,” a boon for large conference calls when everyone’s trying to talk.

There’s also offline and low-bandwidth support, which allows users to read and write messages without an internet connection, and a new tool in the U.S. that lets smaller businesses use Teams as their phone service, Microsoft said Thursday in announcing the new features.

Microsoft Chief Executive Officer Satya Nadella said that while everyone is most focused on health and safety, as well as the economic impacts of the virus, technology like Teams can help.

“We also of course recognize the role of technology and how it can play a supporting role for those working tirelessly to reduce the impact of Covid-19 — from health-care providers staying connected with tele-health solutions, schools and universities teaching via virtual classrooms and remote learning, to businesses of all sizes who are enabling their employees to work remotely,” Nadella said in a virtual press briefing.

Rival Slack Technologies Inc. on Wednesday unveiled an app redesign meant to make its workplace communications software simpler to use and more tailored to an individual’s needs, as it tries to fend of Teams. The two companies have been battling to add more features and gain more customers. Microsoft said Teams had 32 million daily users as of March 11 —  a number that climbed to 44 million worldwide as of Wednesday. The software now counts 20 clients with more than 100,000 users apiece, the company said. Slack last reported 12 million daily users in September but that was before the recent explosion of remote work.

Now both chat services, along with Zoom Technologies Inc.’s teleconferencing software, are getting more use than any of the companies could have anticipated, but not for the reasons they hoped. It remains to be seen whether the products perform well in the current trial-by-fire and whether work habits permanently changes the pandemic. Some Teams users in Europe and the U.S. experienced outages and slowdowns on Monday.

“We’re never going to go back to working the way that we did,” said Jared Spataro, a corporate vice president at Microsoft 365.