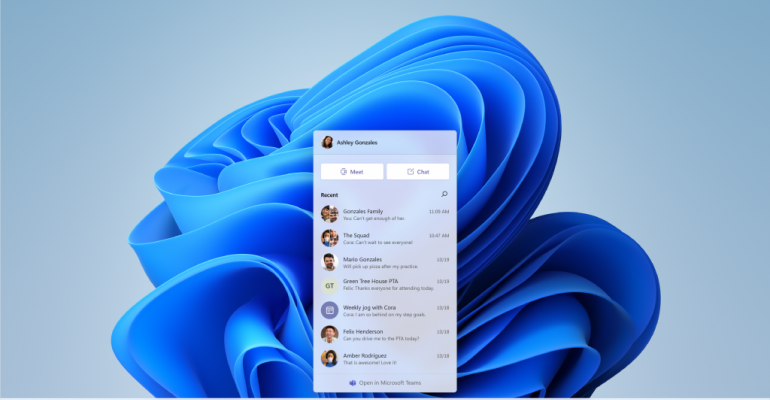 Microsoft Teams To Be Integrated Into Windows 11 Taskbar

Microsoft’s collaboration platform, Teams, will be integrated into the upcoming Windows 11 release – but it’s not a Slack-killing move.

During the recent Microsoft Windows 11 event, one of the details around the release of the operating system update grabbed some attention: Microsoft is integrating access to its collaboration platform, Teams, right into Windows 11.

When Microsoft Chief Product Officer Panos Panay highlighted Windows 11’s updated design, he showed off the integration of the company’s collaboration platform into Windows 11 under the heading "a faster way to connect to the people you care about." 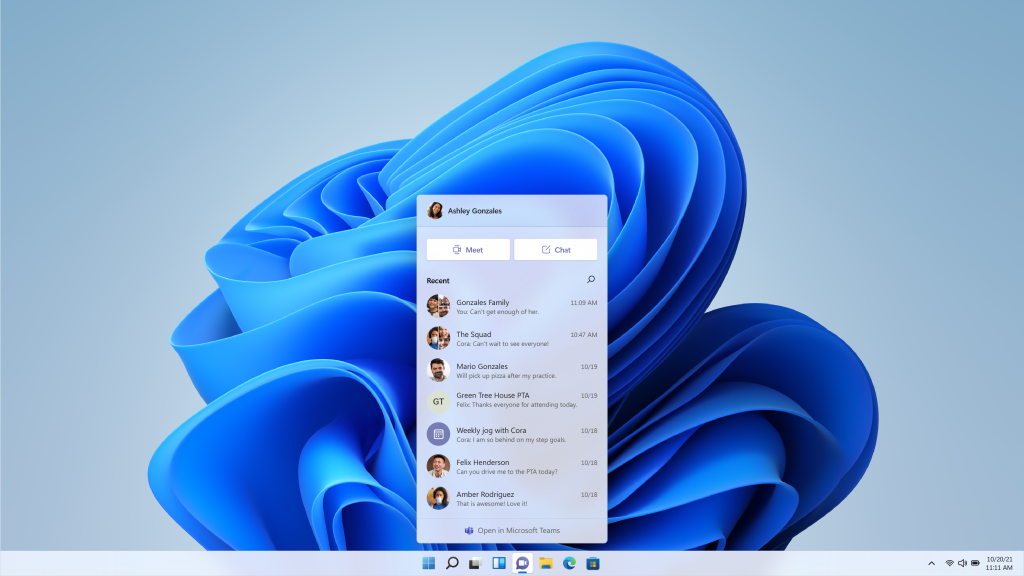 One key thing to note: the Windows 11 integration is for Microsoft Teams Personal – not the enterprise version of the collaboration platform. In addition: the full Microsoft Teams client will not be installed by default on Windows 11.

This information is readily available in the official Windows blog, “Introducing Windows 11,” which uses the term personal contacts to describe who users would be able to instantly connect with through Chat for Microsoft Teams in Windows 11.

This new feature is targeting consumer users rather than enterprise customers on Microsoft 365.

Access to the collaboration platform will be integrated into the Windows 11 Taskbar so users can connect to personal contacts via text, chat, voice or video. Although this easy Teams access is part of Windows 11, users will be able to reach out to contacts on Windows, Android, and iOS via Teams or, if the contacts do not have Teams installed, via SMS messaging.

Slack Reacts to the News

Not long after the announcement of Teams in Windows 11, Slack, one of Microsoft’s competitors in this space, put out a statement via their communications chief, Jonathan Prince, about this integration and their concern, as reported by The Verge:

“Microsoft announced that it is going to bundle Teams with Windows as well as Office. Our reaction is simple: choice is better than lock-in, open is better than closed, and fair competition is best of all. Unfortunately, Microsoft has never seen it that way.”

Slack has been working to build up its portfolio of enterprise customers and has approximately 169,000 paying customers as of its latest earnings release in June 3, 2021. It’s difficult to do an apples-to-apples comparison of Slack’s enterprise customer base against Microsoft Teams’ because Microsoft's collaboration platform is part of Microsoft 365 and Microsoft declines to include numbers of enterprise customers in its investor reports, choosing to focus on revenue growth for its products instead. However, there is a free version of Teams for personal use; it is unclear how the user base holds up against Slack’s free user base.

What is clear is that Slack is laying the groundwork for an antitrust argument that has echoes of the antitrust case United States v. Microsoft Corp, in which the Justice Department argued, “Microsoft unlawfully required PC manufacturers to agree to license and install its browser, Internet Explorer, as a condition of obtaining licenses for the Windows 95 operating system.”