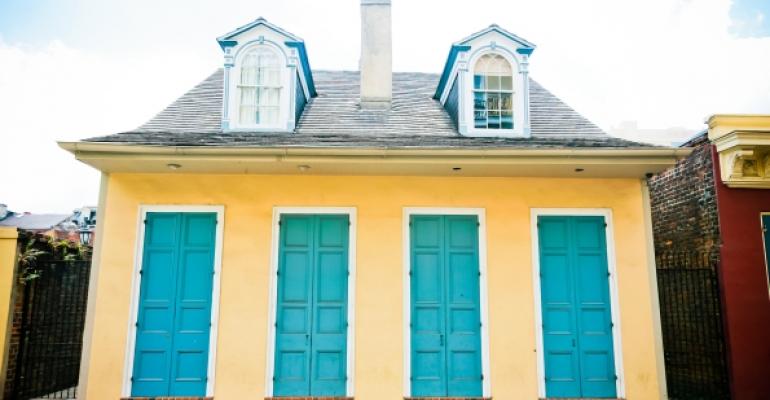 Microsoft Services and Devices: For Real

What Microsoft&#39;s devices and services strategy means for the SharePoint world, plus a report from TechEd and product update announcements.

Greetings from New Orleans, Louisiana!  Here at TechEd 2013, over the din of jazz music and the bubbling of gumbo, one thing rang out loud and clear: Devices and Services!

Microsoft continues to prove that it’s serious about transforming itself--and delivering on its promises.  Many of the announcements were impressive for those who follow management and virtualization tools, particularly.

But there were announcements that can have an immediate impact on your plans for SharePoint, as well. And, in the subtext, was a message I expect we’ll be hearing a lot, moving forward, in the SharePoint community.

One of the announcements that can be of immediate value to you for your SharePoint implementation related to Windows Azure Virtual Machines—Microsoft’s Infrastructure as a Service (IaaS) offering. Starting immediately, Microsoft is moving to a per-minute billing, rather than the previous billing that rounded up to the nearest hour.

In addition, when a virtual machine (VM) is stopped, there will be no charge.  Together, these billing-related changes mean potentially significant savings for customers, and makes Microsoft-as-your-datacenter an oh-so-much-more-attractive option.

With the new billing model, it’s hard to argue that Azure VMs isn’t a serious contender, or even a no-brainer, for developer and test environments.  The elasticity and flexibility of cloud services for these environments is very attractive, indeed.

And because Microsoft gives MSDN subscribers a hefty, $100+ USD credit with which to purchase Azure services each month, the total cost can quickly approach zero.

Microsoft also announced major advances with Hyper-V.  Honestly, Hyper-V is just so far ahead in the virtualization horse race at the moment that it’s hard for me to remember that just a few months ago, VMware infrastructures were the “obvious” choice.  No longer a no-brainer, VMware.

Combine Hyper-V advances with Windows Azure features and new billing models, and Azure VMs become a very very attractive option for site-level disaster recovery, both for SharePoint and entire enterprise IT structures.  Replicate your VMs from your on-prem datacenter (cloud) to Azure, and voila.

It’s time to say it: Friends don’t let friends deploy servers as physical machines any more… unless it’s as a VM host.  2013 can now be marked as the death of the physical (non-VM-host) server.  Adios!

Another Azure related announcement was the release of the Windows Azure Pack, which brings Azure management tools—including the slick and functional Azure administrative and management portal—to your on-premise, private cloud.

Now you, too, can deploy web sites, VMs, etc., and manage service elasticity, in your on-premise cloud.  Very, very cool.  It also serves as proof that Microsoft is building for the cloud first, but is still working to port cloud/service innovations to on-premise environments.

Microsoft also exhibited a range of new devices, discussed the server and client features of the next version of Windows, and showed off cross-platform device management and integration capabilities.

One very cool new feature of Windows is “work folders” which are folders of data that can be accessed from and cached locally on to any device: PC, iOS, or Android.  It’s a lot like SkyDrive, but not.

In fact, I look forward to digging in and finding out what overlaps and differences exist.  My fear is that it’s an example of “old school” Microsoft behavior, where two different teams (in this case, Windows and SharePoint) tried to solve the same problem, and came up with two different, disconnected solutions.

More on “work folders” in a future column.

Finally, there were announcements of major new releases: Windows Server 2012 R2, System Center Configuration 2012 R2, Visual Studio 2013, and SQL Server 2014, all of which will be in preview very soon, and shipping over the next 6-8 months.  And these are real, honest-to-goodness product revisions, with important new functionality.

Folks, remember Microsoft said its product release cadence would be accelerated once it started building “cloud first”?  Wow!  Many of these new releases will ship less than one year after their predecessor.

Microsoft is delivering!  And if you think that this suggests that SharePoint 2013 might just also get revised in an incredibly short timeframe, well, then you and I are in agreement!

One year ago, Microsoft astounded the market with releases that hinted at the massive changes Microsoft has made to its business and approach to technology.  Now, one year later, there’s zero doubt that Microsoft is “in it to win it.”

And Microsoft understands business and enterprise IT far better than many of its competitors.  I am absolutely amazed at the transformation I’m seeing, and I know it’s just the tip of the iceberg, particularly as it relates to SharePoint and Office 365.

Welcome to Your Agile World

There are big things coming.  Stay on  your toes! We now live in a very agile world, and if your IT organization is still stuck in a 3- to 7-year release cycle, you must transform yourself.  The good news is that what will come out of Microsoft over the next year will re-energize IT and empower IT to deliver business solutions that drive up value, reduce risk, and reduce cost.  As I suggested a year ago, this really is going to be the most exciting time in a decade to be working in IT!