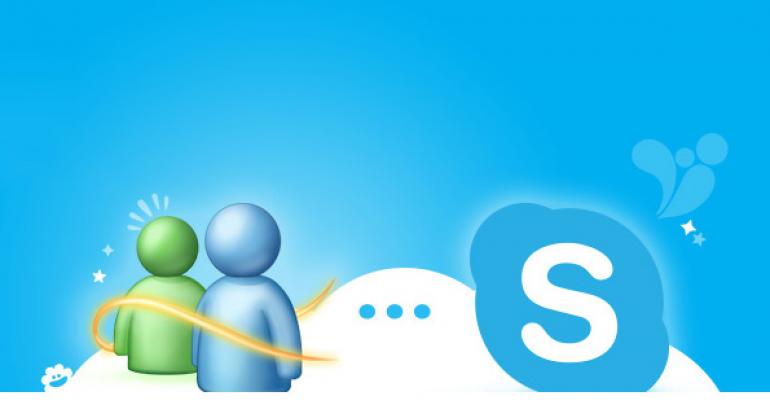 Microsoft to Kill Messenger on March 15

Looks like Messenger is getting the gallows. Time to prepare

Update: Despite Microsoft's own email claiming that the Messenger service will be shut down on March 15, Peter Bright was able to confirm that the service shut down will actually take place over the next year and that only the Windows Live Messenger application is disappearing immediately.

I had just heard from a source close to Microsoft that the impending death of Windows Live Messenger was perhaps a bit more serious than I had thought, and that the firm wouldn’t just be updating the software but would in fact be requiring users to stop using it. And now it’s official: Microsoft will shutter Windows Live Messenger and the Messenger service on March 15 and require customers to use Skype instead.

As bad as Windows Live Messenger is—and I was just joking about this POS on Twitter the other day—it’s also very clear that Skype simply isn’t an adequate replacement, not yet. So for those of you that do use Messenger, and that includes me, this could be a bit of a disaster.

News of the impending retirement came courtesy of an email from Microsoft, which is how the firm is alerting customers to the change. The email includes a FAQ explaining a few of the details of the switch.

“On March 15, 2013 we are retiring the existing Messenger service globally (except for mainland China where Messenger will continue to be available) and bringing the great features of Messenger and Skype together,” the email alert reads, noting that if you “upgrade” to Skype, you can continue messaging your Messenger contacts via the Skype network.

“Messenger will continue to work as you know it today,” the FAQ notes. “If you are signed in with Messenger on your desktop you will see a banner notification to upgrade. When you click on the banner, an installer window will open with the request to upgrade. This will take you through our installer flow to install Skype and automatically uninstall Messenger.”

“After March 15, Messenger users on desktops will not be able to sign in and will only be able to upgrade to Skype,” the FAQ continues. “If you attempt to sign in, a notification will appear, and if you continue, you will be taken through our installer flow to install Skype and automatically uninstall Messenger at the same time.”

Skype is of course available in versions for the Windows desktop, Windows 8/RT/Metro, and various mobile platforms, including iPhone/iPad, Android, and Windows Phone 8. Some of you may be distraught to know that Skype now considers the Windows 8 (Metro) client to be its primary focus on Windows going forward.

I have to think some Skype update is on the way, and I’m curious how Microsoft’s messaging solutions—like the Messaging app in Windows 8 and Windows Phone—will be updated to handle this service retirement.

You can find out more about the move from Messenger to Skype on the Skype web site. But, again, Skype is just so lackluster at the few things Messenger did well, I’m not sure how well this is going to go.

Update: Just to be clear, if you do upgrade to the latest Skype version today, it will uninstall Windows Live Messenger. It also prompts you to sign into Skype with your Messenger/Microsoft account.