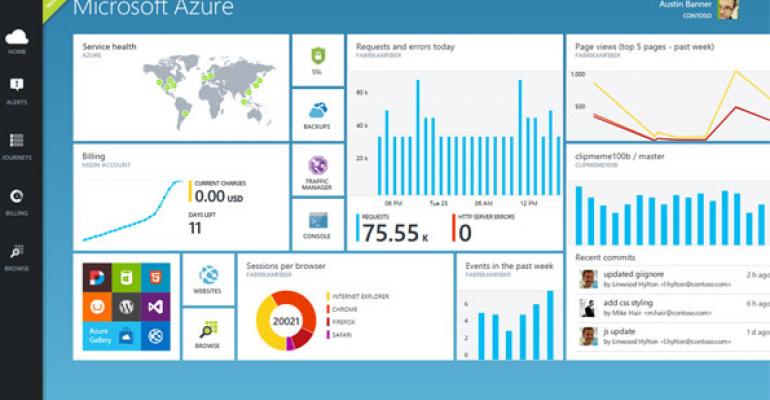 Microsoft Announces Slew of Improvements to Windows Azure at Build 2014

Following on its promise to make cloud development easier and less complicated for developers, Microsoft announced a slew of different improvements to Windows Azure at today's Build 2014 developer conference in San Francisco.

Undoubtedly one of the biggest pieces of news emerging from Build today was the unveiling of the Azure Preview Portal, which will eventually replace the current management portal. In essence, the Azure Preview Portal provides an all-in-one solution for those who need to develop, deploy, and manage their applications. One big benefit to the portal is the ability to make changes through the built-in code editor without ever having to leave the portal. Currently, Microsoft hasn't released any details into the timing of when the new portal will be rolled out to users.

Microsoft also made it clear that it would be providing deep Visual Studio integration with Azure. For example, developers can now destroy, manage, and debug virtual machines (VMs) on Azure from Visual Studio.

Another notable enhancement includes the ability to set up Azure Web Sites to leverage the new Autoscale and Traffic Manager functionality to manage the load on different services. Additionally, Azure Web Sites users will receive one IP-based SSL certificate to help secure their website at no additional cost.

Today's keynote showed that Microsoft is pulling out all the stops to make cloud development easier than ever by providing seamless integration across the entire Microsoft ecosystem. Personally, I'm excited to see how Microsoft continues towards its path of delivering services to develop applications in this world of ubiquitous computing.