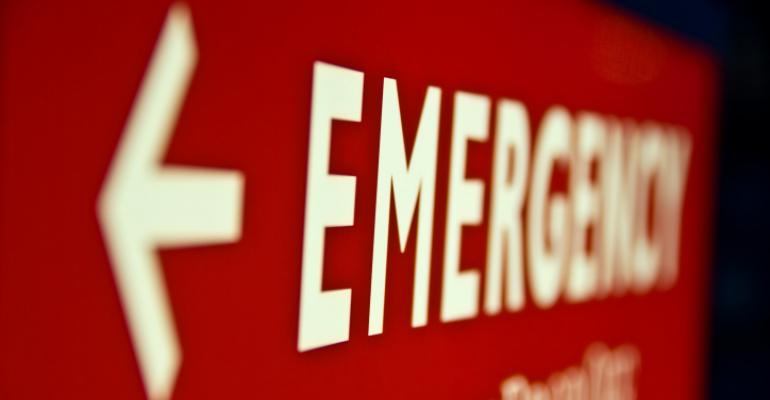 With all the compliance and regulatory requirements in IT environments today, have you ever wondered how this might affect Microsoft Lync Server?  Environments might be curious to know what Lync has to offer within the space of compliancy.  I can some this up for you in two easy words; “Critical Mode”.  Lync has the ability to allow Administrators to turn enable “critical mode” when Lync Archiving is enabled.   When critical mode is enabled in the Lync environment, this gives administrators the peace of mind that for any reason the backend database “LCSlog” that is created for Lync Archiving is not available for any reason then no Instant Messaging and / or Web Conferencing will be allowed to take place in the Lync environment until the data can be archived once again. We will take a look at how to enable criticality mode within Lync and what happens once enabled and your archiving database is not available.

Enabling critical mode can be found by going to the Lync control panel or by using the Lync management shell; but let’s take a look at the Lync control panel.  Once an Administrator is in the Lync Control Panel they will navigate to Monitoring and Archiving section.  Here is where all the action is going to take place with regards to the configuration.

By default Archiving is disabled and we can also see in Figure 1; that the option to block IM’s is greyed out because the Archiving settings is set to “Disable archiving”.

What we see next in Figure 2, is that we have the option to enable the Global Archive Setting to either “Archive IM sessions” or “Archive IM and web conferencing sessions”.

For the sake of the example that we are drawing up I’m going to select the option “Archive IM sessions” seen in Figure 3.  Once selected we can see that the option to “Block instant messaging (IM) or web conferencing sessions if archiving fails” becomes selectable.   We go ahead and enable the option seen in Figure 3 by checking the box and all is done from a configuration vantage point.

Figure 3:  Enabling the ability to block IM and web conferencing if archiving fails for any reason

Figure 4: Archive Configuration confirmation that blocking of IM and \ or Web Conferencing is enabled for the Global setting.

When happens when critical mode is activated?

The fact that we have enabled critical mode for archiving is only one part of the configuration; keep in mind that the basic setup for archiving needs to take place prior which can be found here http://technet.microsoft.com/en-us/library/jj205009.aspx.  By enabling critical mode in the Lync environment we have stated that we don’t want IM’s to traverses the environment without being captured in the archiving database.  In addition we state by enabling critical mode that conferencing functionality is blocked as well until the archiving database is available and files can once again be copied to the archiving file store.  So the question is now; “What happens when the SQL database that is used for archiving is no longer available?”  Since we’ve enabled critical mode, the feature blocks users from instant messaging or conferencing across the Lync environment.

Now before Lync 2010, what would happen is the Lync Front End core service would stop and as a result would stop all Lync modalities (IM, Enterprise Voice, and Conferencing) traffic across the Front End servers which would be detrimental to Lync.  The good thing is that is not the case anymore.

The voice piece of Lync will continue to be operational in the event the Lync pool back-end SQL database is not available for any reason.  The other key modalities IM and Conferencing wouldn’t be functional to the user community until the archiving back-end database becomes available again.

Being critical of critical mode

Lync archiving with critical mode enabled is not necessary a bad thing, but more of a beware thing.  I’ve run into several deployments where this type of feature was wanted based on the existing regulatory requirements for Instant Messaging in the environment.  Now critical mode has come a long way from the Office Communicator server days of basically shutting down key modalities if the archiving database was not available, so for that we should be thankful.  In the end, just be aware that enabling critical mode blocks IM and Conferencing functionality so in the case those two modalities instantly stop working in the Lync environment at the exact same time; you now know about the cause and effect of this feature and where to check to see if it’s enabled.  Happy Archiving!