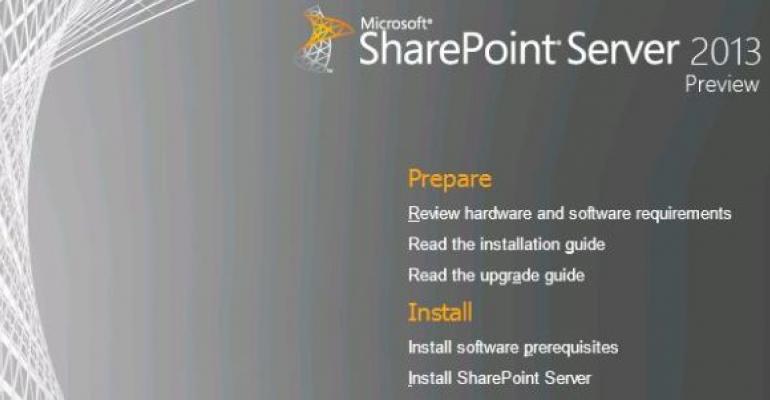 SharePoint 2013 is finally here! It packs a real punch with all the new features that Microsoft is delivering with it. For example, have you played with the new document upload functionality or how about the new SharePoint Apps marketplace?

You must have at least jumped into the awesome Community site social features right? No? Well, I guess you need an environment first to get started on SharePoint 2013.…This is what we're going to talk about here.

To get a prototype environment going, you need to install SharePoint 2013 either directly on your computer or install it within a virtual machine (either Hyper-V or VMware). There are plenty of steps to installing the software; however, the first things you need to make sure of are the following:

Assuming you take care of the above software requirements, you're ready to install SharePoint Server 2013 on your prototype machine. Grab the SharePoint 2013 downloaded setup files and watch the video below for steps on exactly how to make it happen.