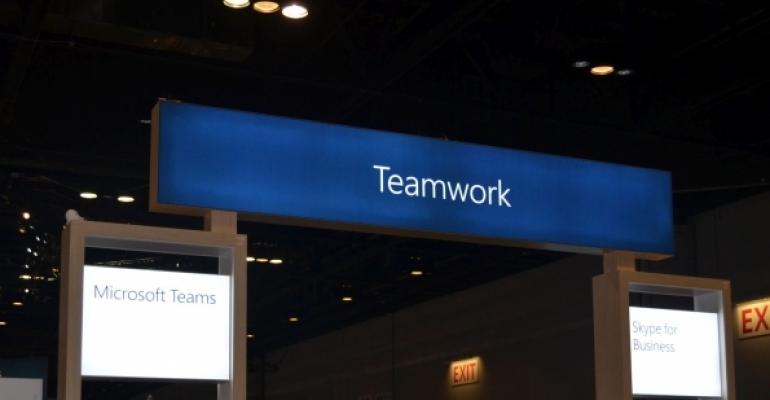 Ignite 2017: The Microsoft Teams and Skype for Business Communications Merger

Earlier this week at Microsoft Ignite, one of the big announcements was that the Skype for Business's capabilties would be fully integrated into Microsoft Teams, the online collaboration service which was unveiled last fall.

Rumors of this happening actually leaked out before Ignite began, but the transition was confirmed during conference sessions this week. I had a chance to sit down with Tiffany Wissner, Senior Director for Microsoft Teams and Skype, to talk about the transition and its timeline.

A very consistent message from Wissner and other members of the Skype for Business and Microsoft Teams product groups here at Ignite is that users on Skype for Business are not suddenly going to be told switch immediately. The process of introducing these features will allow customers using Skype for Business as part of their Office 365 subscription will be able to make the full move on their timing as more features make their way into the Teams service.

In fact, when Microsoft announced Office 2019 (Perpetual) on Tuesday, that news included the fact that a new version of Skype for Business Server for on-premises customers would also be released in 2018. In the meantime, the two product groups will be steadily working on bringing more of the capabilities currently in Skype for Business to Microsoft Teams.

When this new focus on communications for Teams was announced earlier in the week, the company announced some new features that are already available in preview with Teams. Included in these early enhancements are audio conferencing which allows participants to join a Teams meeting by dialing in with a standard telephone number and cross platform presence information, messaging, and calling.

Wissner also confirmed that the Teams and Skype for Business clients can be run side-by-side during this transition period so customers can evaluate both services.

Lori Wright, General Manager for Microsoft Teams and Skype product marketing did a deep dive session this week at Microsoft Ignite about this transition of capabilities from Skype for Business to Microsoft Teams. This will give you a good idea of the companies long range plans for this move.