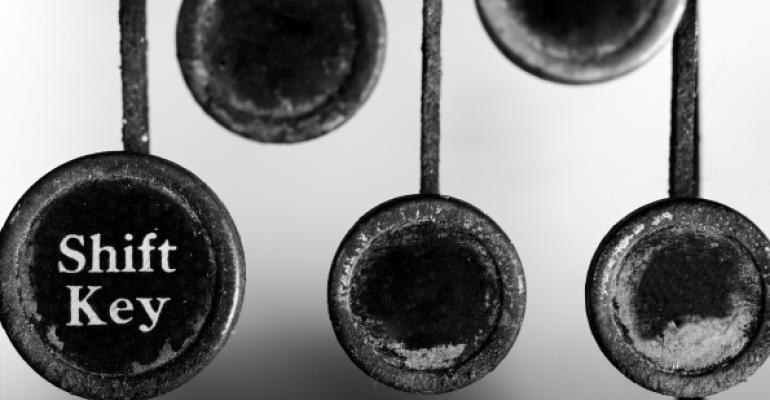 Confessions of a Microsoft Technology Purist

It's an Apple-Google world now but what does that mean for SharePoint and Microsoft?

For a decade and a half, I was a technology purist. Everything I supported in my clients, and everything I used myself, was firmly rooted on the Wintel platform. Today, while as an analyst I can pontificate about the state of technology in enterprises, I need look no further than my own desk, and the desks of friends and family, to see just how much things have changed.

I often get inquiries about the technologies I use--from friends and family and from readers--so I will digress slightly from the standard SharePoint discussions to discuss the technologies that are close to me, and then we'll look at what that means to Microsoft, and to SharePoint.

Today, I am in Honolulu visiting some of our enterprise customers, and then I am heading to Australia for TechEd 2011 in Gold Coast. When I arrive at this all-Microsoft event, I will open up my MacBook Air and conduct part of my presentations using the touchscreen on my iPad. My VMs run VMware, though in deference to Microsoft I will remote desktop to them so that nobody is any the wiser :-) .

Let's look at this stack.  Is it really any different than what I've used for the last 17 years? Not so much.  Still a Wintel stack.  My MacBook has an i7 processor and is running Windows 7 in bootcamp. The only loser so far are the manufacturers of my former laptops--one of whom unceremoniously junked my laptop along with all kinds of other devices last week.

Apple won my business of "laptop maker" with the slick new MacBook Air, which had exactly the mix of power and portability that I wanted now that I'm traveling a LOT more.  My shoulder does not miss my 8 pound HP EliteBook when I walk between meetings!

The iPad is new to the mix. I am delivering a presentation that makes heavy use of white board drawings, so I plan to use my iPad as a mirrored desktop thanks to a beautiful little app called AirDisplay. My PC sees the iPad as an extra monitor, to which I can extend or mirror my desktop. By mirroring it I can use my iPad's touchscreen and my slick and sensitive Bamboo stylus to draw to my heart's content.

When not presenting, I do a lot of work on my iPad. In fact, I'm writing this column on my iPad thanks to my Logitech iPad keyboard/case which is probably the best thing I ever did for portability and productivity!

The iPad's broad range of apps allows me to do so much work and social networking. I'm particularly fond of HootSuite, TweetLibrary, and particularly Flipboard for news reading and keeping up with social networking.  When I travel on planes, I spend time before my flight skimming through Flipboard and taking articles offline, using ReadItLater. When I'm all done, I sync ReadItLater so everything goes offline, and I read up while disconnected in flight.

My phone is a Windows Phone 7 device--specifically my beloved Samsung Focus, the best phone I have ever had. I was an iPhone junkie but it took only a couple of hours with WinPhone 7 to see just what a connected, cloud-ready phone really could do for me. I LOVE WinPhone7! And I cannot wait for Mango.  I see no reason to even think about going backwards to an iPhone, particularly with the new business and voice featuers of Mango. Now if only AT&T... nah... that will never happen...

I am NOT a fan of data plans. I have the requisite data plan for my WinPhone 7 but for everything else I carry a ClearSpot--a wireless-to-4G/3G hotspot--to which all of my devices (iPad which doesn't have 3G and laptop and my new Seagate wireless disk drive) can connect to each other and get out to the internet.

When I am outside the USA, I carry an unlocked 3G hotspot that I found overseas. I buy a SIM with a data plan and it ends up being cheaper--often MUCH cheaper--than hotel internet access. DEFINITELY cheaper than using my AT&T rob-you-blind world data plans. Typically I find that I pay on the order of $20-40 for a week of 3G internet access this way.  And with my own hotspots--ClearSpot and my unlocked device--I don't have to compete with throngs on the wireless networks at events.

What does all this tell us about the future of Microsoft, of Windows, and of SharePoint? That we all are becoming device agnostic--which doesn't necessarily matter to Microsoft since it doesn't make such devices (yet)--and increasingly, OS agnostic--which does hurt Microsoft if it doesn't respond. We're becoming increasingly dependent on cloud services and internet connectivity--both of which we've seen recently are not rock solid. And we need to be able to work offline.

Each of these scenarios and requirements--mobility, device-independence, multi-device enabled, compatible-across-systems--are well known to Microsoft, and I know they're working hard to address them all.  I am very excited for the Build event next month. I have high hopes for Windows 8 and have every reason to expect that by this time next year, I'll be running a tablet that is NOT an iPad.

I hope Microsoft beefs up its consumer cloud offerings. SkyDrive and Live Mesh need to provide options for more storage, and apps for easy access across devices and OSs.  Dropbox is just fine for cloud storage across apps and OSs, but I wish SkyDrive were competing because SkyDrive offers a much richer experience where it is available.

And please, God, let there be a real OneNote app for the iPad and SOON. I'm pleased with Evernote, but its quirks and lack of an iFilter for unified Windows search are painful!

It's funny that the devices on which my SharePoint experience is LEAST rich is my Windows Phone.  On my iPad, I use Filamente and SharePlus to access SharePoint, though I won't say I'm yet an expert on the pros and cons of iPad-to-SharePoint apps.

The other technologies I can't live without:

CERTIFY: This cloud-based expense tracking system is a new discovery for me. I love it. I can submit receipts and receipt images a million different ways, from every device I have.

TRIPIT: My travel is complicated. TripIt is a godsend. And it has apps for most platforms, though on Windows Phone 7 I much prefer SharePoint's own Chris Johnson's My Trips application.

SKYPE: And I'm so hopeful that someday there will be a Windows Phone that doesn't even use a cell carrier--just WiFi and Skype.  Can't wait for it to integrate with Messenger and Lync, either!

AV PLAYER HD: I consume a lot of video--especially TV shows and movies--when I'm on the road and in the air. This iPad app lets me transfer and view all of the video formats I ever need on my iPad.

DOCS TO GO, GOOD READER, and QUICK OFFICE: I'm experimenting with several apps that read and edit Office documents and PDFs. The jury's still out... they're all good.

EWALLET: This app and it's new cloud-based eWallet Go! keep track of all of my critical information, credit cards, and passwords, and keeps them synchronized across devices.

and while you're in an App Store, look for my books :-) I didn't know that some of them were available until I stumbled across them!

So when you boil it all down, I'm still on a Wintel platform, running the same number of instances of Windows and Office that I have for 17 years. I don't expect that to decrease. In fact, I expect to increase by one when I get my hands on a Windows 8 tablet! My technology stack hasn't shifted, it has broadened--significantly--taking advantage of great technologies offered by Apple, VMware, and others. And if my iPhone experience was any lesson, first-mover doesn't guarantee stickiness--I'm right back to Microsoft on my phone and couldn't be happier.

When I look around my friends and family, I see the same thing. Microsoft may not--yet--be capturing hearts and minds with new technologies, but it continues to come late to the races and dominate.  What does it look like in your enterprise?