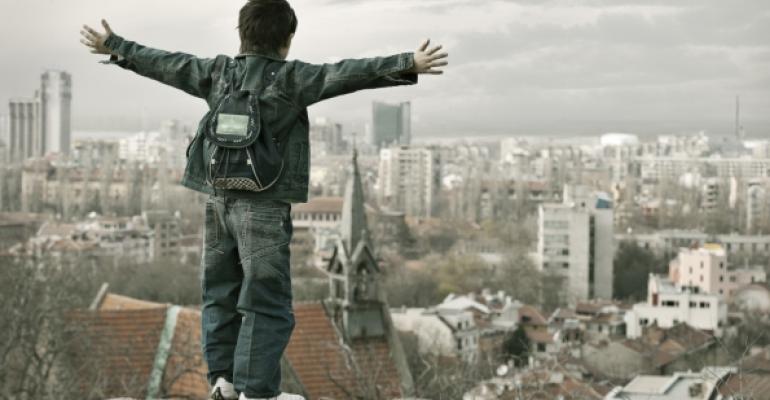 Aloha, all!  I’d like to start this week off with a shout out to all of those affected by the spate of recent disasters, natural and manmade.  My heart has been heavy with thoughts about my own friends and family, and all of those who have lost loved ones, property, or livelihood, from Boston to the Midwest, from Syria to Bangladesh.  It’s been a rough few months—one that can’t help but remind us that behind the hype of “sharply divided populations,” there’s a common humanity that we must always remember, respect, and celebrate while we can.

Compared to the real news of late, anything I can share pales, but this week’s SharePoint Pro Update will hopefully prove a valuable grab bag of updates, kudos, tips, resources, and a significant self-correction.

The news from the busy campus of Microsoft has been really exciting, as evidenced by the very long awaited (and overdue, in my opinion) 25 percent jump in the company’s stock price.

From news about Windows 8.1 and great new Nokia phones, to buzz about new Surface devices, to the launch of Xbox One, it’s clear (as if it wasn’t already) that Microsoft is “super committed” to its devices and services model, and to both the user experience and broad architecture of cloud-based apps.

It’s also hard for me to imagine that we won’t go too much further without virtual machines (VMs) on our mobile devices, to support firewalls between our personal and corporate data and configuration on our phones, for example.

Compared to the real news of late, my own challenges also pale.

Catching Up and Getting Ready

I’m rounding out my historic six-week period of time at home!  It has been a wild few weeks, with two weeks of bed-ridden illness, a revolving door of family and guests on island, an exciting but exhausting stream of SharePoint and business problems to solve for customers, and an unexpectedly super-accelerated process of buying a new home and listing my current home here—all in the hopes of actually simplifying my life.

Among other things, I’m preparing for the autumn event season, for upcoming TechEd events in New Orleans and Madrid, for the launch of some exciting online projects (from which I’ve learned some great lessons about public-facing sites and branding, which I’ll share in upcoming articles and newsletters), and as of this week, the first direct preparations for the Winter Olympics in Sochi this February.

It’s no wonder to me that my head is spinning from all of this.  So last week, I published an erroneous statement in my article about SharePoint 2013 and Azure VMs.

Thank you to everyone who emailed me, and to our reader “shamanovsky” for pointing out my mistake.  SharePoint 2013 is, in fact, supported on Azure VMs, as is SharePoint 2010.

I misread the Azure VM support statement, missing the words “and later.”

The fact is SharePoint 2013 has been supported for quite some time—since July 2012, during preview phase, in fact, per the more pertinent and direct SharePoint 2013 support statement.  My misstatement is (I think) the biggest mistake I’ve made in 20 years of tech writing, so I apologize!!

What’s more interesting to me than the fact that I misread the Azure VM Support Statement are two other facts.

First, I’ve been told very recently, by colleagues at Microsoft, that SharePoint (2010 and 2013) were not yet supported.  Those folks are in a place to know, and are folks I trust.

What that tells me is that there’s still a lot of confusion even at pretty high levels in MS as to what the story is.  And that is, I’m led to believe, due partly to the political issues I raised in last week’s article.

The second surprise is that the SharePoint 2013 support statement, dated July 16, 2012, has not been at least given a new date post-RTM.  It’s a bit disconcerting to see a support statement that was written during Preview, but that’s just my own malaise.  The very good news (in this case) is that I was wrong—you can deploy your SharePoint 2013 farms to Azure VMs and get support!!!

Another great bit of news is that Microsoft released the SkyDrive Pro client!!  Until now, you could only sync SharePoint 2013 document libraries if you had the following versions of Office installed:

My own experience with SkyDrive, as I’ve been moving all of my work to the cloud (as you might know, I’ve had three very poorly timed SSD failures over the last six months), has been phenomenal.  I love it.  If you’re not familiar with sync’ing with SkyDrive Pro, read up!

Microsoft Partner of the Year Awards

Finally, huge kudos to all of the finalists and winners of Microsoft Partner Of The Year awards. Microsoft announced the finalists and winners leading up to the Worldwide Partner Conference in July in Houston.  Among those named is AvePoint, whose Meetings and Task & Calendar Sync apps, which I’ve written about in a previous SharePoint Pro column, earned it a finalist spot as Office/SharePoint App Developer Partner of the Year, along with Adlib and Nintex.  Dell won the category —congrats!

There are a lot of familiar names in the list, from the excellent ecosystem of partners that is—in my opinion—one of the top five reasons why SharePoint is absolutely the platform worth committing to, strategically.

Finally (for real, this time), a quick note that Colin Spence and Ulysses Ludwig will be kicking off an excellent series of SharePoint training, online:  Mastering SharePoint 2013.

Editor's note: Check out the SharePoint Pro home page and its changing carousel for the most recent, and the most-viewed, SharePoint content, and take a look at our May Challenge in the lower right rail!