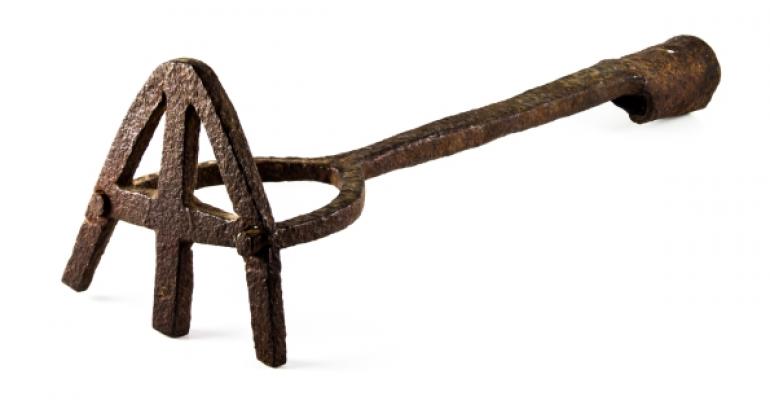 Yes, I know some of my close friends are going to hate me for declaring it publicly, but sometimes there’s an elephant in the room and it has to be recognized.

Branding as we know it, and a few of its close friends, are dead. Not just in SharePoint, but across technology. But not all hope is lost.

In Part I, here, I will present the major challenge you will face with branding moving forward.

In subsequent articles, I’ll introduce the surprise guest—also dead—at this funeral service. And we’ll look at where you should invest in branding and user experience.

First, let me send greetings from Los Angeles... I mean, Orlando... I mean, Amsterdam... What day is it?

I've been lucky enough to be speeding around the globe. Yesterday I presented sessions all morning in Orlando at SPLive 360, then went directly to the airport, flew overnight to Amsterdam, and went directly to the event to present all afternoon today at SharePoint Connections.  I continue here tomorrow with a full-day workshop then fly to Zagreb for SharePoint Conference Adriatics on Wednesday and Thursday.  Even the uber-globetrotting Michael Noel raised an eyebrow at this schedule.

Because I'm exhausted, as you can imagine, it's easy for me to be a little more dramatic than usual, so I opted for a headline for this article that I knew would catch attention.

But while stating "Branding is dead" might be dramatic, that doesn't make it untrue.

Certainly, organizations build intranets and “portals” and work hard to make them reflect the identity, branding, look-and-feel (whatever you want to call it) of the organization.

But all of that is starting to crack and break down.  The poison pill are the services we all subscribe to and acquire, rather than the platforms we customize and the applications we build.

Take an example that was raised at a recent conference: An organization whose identity is “red” wants to use Yammer, but everything Yammer is “blue.”

That wouldn’t be quite so painful if the blue wasn’t identical to the blue used by a fierce competitor.

So, they ask, “How do we brand Yammer?” Well… You probably don’t, or you invest ridiculous time and money on workarounds that will break when Yammer changes its style sheets or other branded components.

And let’s say that today you manage to brand Yammer, but tomorrow there’s another service that your business wants to incorporate into its team sites or intranet, but that service is also “blue.”

Do you struggle to brand that as well, overriding the style sheets for that service and hacking away to replace its logo with yours? [And watch those license agreements—that might not be “legal.”]

You can see how this will quickly disintegrate into an ongoing battle between designers and every service that an organization plugs into its portfolio.

What a user sees is no longer a single page, but rather a patchwork of functionality—a quilt—that provides the service the user requires.

I’ve said this in the past, and I’ll say it again now: give it up. Finish branding Word, Excel, and Outlook first.  Absurd?  Exactly.  Moving on…

In the next articles, we’ll stumble on the other elephant in the room--also dead--and look at some examples of what’s happening in the new world of services and devices (and not just Microsoft’s world).

And we’ll find the silver lining, and the path forward: It’s not all doom and gloom.