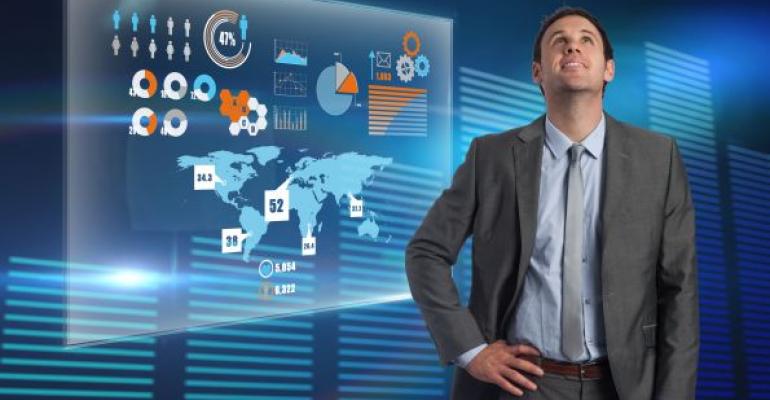 4 Trends Without Cheerleading, But Also Without SharePoint

We all know about how Microsoft and others are moving to the cloud—but did you know that machine learning involving predictive analytics is the potential next big thing? That at least was one of the messages at IT/Dev Connections 2014 from keynote speaker Jim Lundy, CEO of Aragon Research. He provided a calm, pragmatic look at trends that will affect IT—without the sometimes annoying cheerleading that often accompanies anything labeled as trendy.

“If you parse the words of CEOS in tech, you hear predictive, cognitive, about every third sentence,” Lundy said, introducing the trend of predictive applications.

Creepy? Or cool? Doesn’t matter, really. Real-world use of such technology is already underway. Predictive analytics takes the data we typically display and analyze in a backward-looking way and uses it in a forward-looking way to make predictions.

Using predictive analytics, you can do such things as predictive lead scoring. Predictive lead scoring compares data around deals that close and scores leads against other signals as well, coming up with a probability about the closure likelihood of a lead. This enables companies to predict which prospective customers in what situations are more likely to close on a deal compared to other prospects.

A related trend is predictive content: content surfaced when you need it. Smart apps will recognize documents you need and surface them, delivering content at the time you need it and filtering out the rest.

Another trend, of course, is the Internet of Things (IoT), which some may have thought of in terms of the connected home (your fridge phones you to remind you to buy milk on the way home—cute-but-irritating stuff like that).

But Lundy offered a work scenario where your app watch on your wrist notices you’re not at work and it’s getting late, so you tell it to tell your team you’re going to be late. It emails or IMs everyone on your team that you’re running late. Perhaps a little more useful to those of us who don’t want our refrigerators nagging us.

The future of work is apps, especially for mobile collaboration, Lundy said. Think enterprise mobile messaging, “social in context,” and mobile video. “The new desktop is the mobile app,” he said.

Of course there was talk about cloud. But not in and of itself--more in terms of how apps are delivered.

Lundy didn’t spend a lot of time talking about SharePoint, though he covered a quick recap of SharePoint over the years. It seemed as though he was pointing SharePoint in the direction of cloud and mobile: content management in the cloud and the mobilization of SharePoint.

But to be fair, who would expect him to focus long on SharePoint, given that he was talking emerging technologies? Still, here are three things he mentioned, that might be construed as challenges:

Not The End of IT

The message, beyond “here’s what’s new,” is one that other experts as well as Microsoft itself have trumpeted: IT jobs are not going to go away. But jobs are going to change.

But what jobs haven’t changed in the last 10 years?