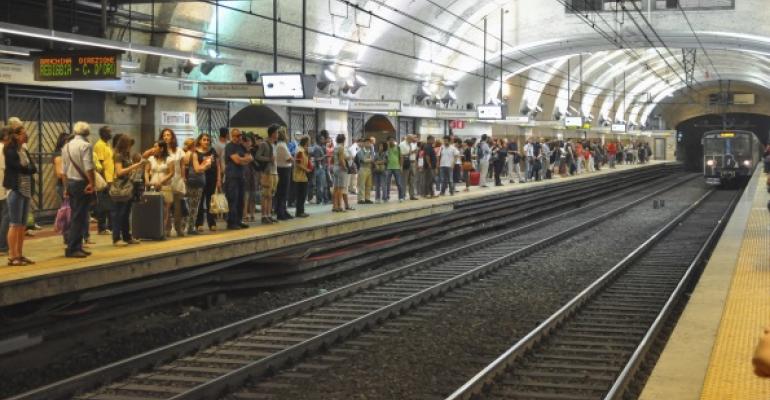 2 Experts on the Future of SharePoint: Internet of Things

How does SharePoint fit into the picture we've been seeing in technology of late? Too cloudy to tell?

Maybe not--we've heard there will be two server versions coming, not just the one in 2015.

A lot has been written about SharePoint's impending demise. Those accounts are far exaggerated--the technology is here to stay, and it's just going to be operating under another name, perhaps, or be divided up in different ways. Perhaps.

Geoff Evelyn (SharePointGeoff) discusses the touchpoints between SharePoint and IoT in his article "SharePoint and the Internet of Things."

You might well be saying, "What touchpoints? How does SharePoint come into play? It can't talk to my car/refrigerator/factory/solar panels/whatever." True, SharePoint doesn't monitor or create data, but it is a platform that can be used for displaying the resulting data via dashboards, storing and surfacing data, or connecting data sources to human eyeballs.

Geoff Evelyn offers the situation in a nutshell: "In reality, SharePoint as a platform is naturally not directly affected by the IOT. From a software perspective, there is minor impact to how the system operates. However, there is a significant impact on the service delivery of solutions to SharePoint. Issues like support, ownership, change management come into play."

Just because IoT is being hyped doesn't mean you have to buy into the hype, he says. He advises starting out small with IoT projects. And organizations should stick to the best practices they already use when deploying any new solution--planning, testing, and piloting it first.

He also raises some important points to consider when looking into IoT and SharePoint. For example, it's important to know where the data feeds are coming from, to get your support picture figured out with levels and responsibilities of support, and to set up monitoring of SharePoint performance and the performance of the data feeds.

Read his piece at Microsoft TechNet blogs for more advice as well as additional pieces of the puzzle that your organization needs to consider.

SharePoint, Meet Your New Name (Whatever It Is)

Another interesting piece to read in conjunction with this is "SharePoint, Office 365, Azure and the Internet of Things: A Prediction" by Pete Skelly at Three Will.

Skelly starts out talking about a podcast of Andrew Connell's and Chris Johnson's where they asked experts to discuss what they think the future of SharePoint will be. (As an aside, he mentions colleague Sean Hester's humorous, yet apt, analogy of SharePoint as the platypus of the technology world--"Pre-2013," Hester writes, "SharePoint had been stuck in a strange evolutionary backwater" and goes on to dissect it to show why.)

Skelly admits he was a little disappointed in the experts' responses, feeling that they'd skirted the issue of IoT and more. However, he says, Mike Fitzmaurice of Nintex made an important point about services and how they will need to stand alone.

Skelly says "This is a VERY important point.  With Microsoft’s Mobile-first, Cloud-first strategy–and specifically the abundance of Azure capabilities--SharePoint and Office 'services' are poised to dramatically transform many of the most common business problems and solution patterns."

He goes on to say,"The all too often water cooler conversations that start with ‘SharePoint is constraining us, ‘this’ [insert relevant platypus issue here]  just doesn’t fit in SharePoint , it would be easier in [pick your more relevant and evolved framework or technology],” should all but disappear" and goes on in his article to offer a prediction.

Read Pete Skelly's piece at Three Will to see his prediction for the future of SharePoint.

Obviously we've only scratched the surface with these two, but we've run out of time for now. What interesting article links on the future of SharePoint can you recommend?

4 Trends Without Cheerleading, But Also Without SharePoint
Sep 22, 2014