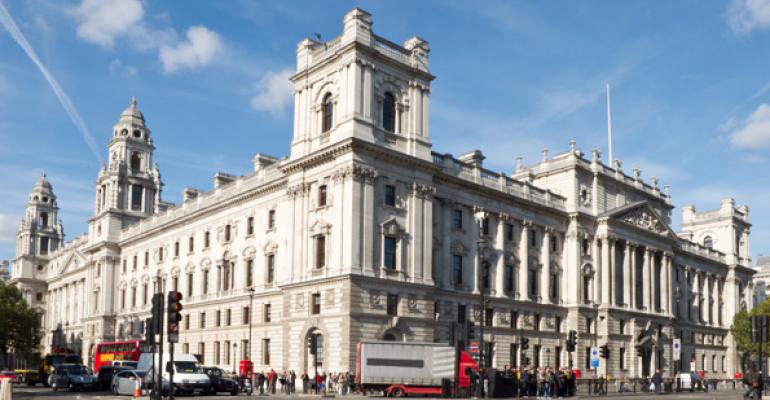 An election gambit, or real change?

Facing an election in May, the UK's leading political party announced plans for a so-called "Google Tax" this week. The tax is aimed at US technology giants and other international firms that routinely avoid paying taxes in the UK by shifting profits to lower-tax countries, and will be used to make up for a shortfall in the government's deficit reduction plan.

"Some of the largest companies in the world, including those in the tech sector, use elaborate structures to avoid paying taxes," UK Chancellor of the Exchequer George Osborne said this week. "That's not fair to other British firms. It's not fair to the British people, either. Today we're putting a stop to it."

The scheme is straightforward: Any international firm that moves UK-based profits outside of the country will pay a flat 25 percent tax rate on those profits. Or, they can simple choose to pay taxes normally, and not skirt the law. And since the UK's corporate tax rate tops out at 21 percent, these companies would actually save money by doing the right thing.

The Google Tax is scheduled to go into effect on April 1, 2015, and is aimed specifically at Google—hence the name—and Apple, which have made lowering taxes into an art form. Both these and many other companies dramatically lower their tax payments by setting up subsidiaries in lower-tax countries like Ireland and then making bogus interest and royalty payments to those subsidiaries.

How serious is this problem? A Reuters report concluded that Google generated $18 billion in revenues in the UK from 2006 to 2011 but only paid $16 million in taxes during that time period.

Responding to the findings of the Reuters reports in mid-2013, Google chairman Eric Schmidt said Google had done nothing illegal. "It's called capitalism," he said. "We are proudly capitalistic. I'm not confused about this." In June, he threatened that any attempt to extract more taxes from Google would result in "less innovation, less growth and less job creation."

The British plan has a few problems. It won't generate enough tax revenue to close the deficit reduction shortfall. And it may run aground against EU rules that govern taxation in member states.

Regardless of the outcome of the UK tax proposal, it's pretty clear that the cozy tax laws in various EU countries are going to change. In October, favored tax shelter Ireland announced that it would remove the so-called "Double Irish" tax loophole, eliminating many billions in dollars of tax savings for international tech firms like Google and Apple. But as with all things in the EU, nothing happens quickly: The tax changes in Ireland won't fully take effect until 2020.