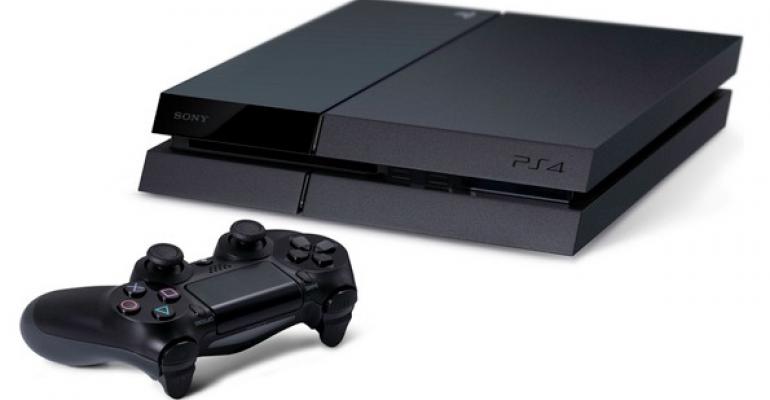 The PlayStation 4 looks fine. It’s just no Xbox One killer

Capitalizing on Microsoft’s marketing mistakes, Sony this week has unleashed a surprisingly brutal and effective campaign to undermine consumer confidence in the Xbox One. But once you get past the self-righteous indignation of supposedly outraged gamers, you’ll find that the value proposition of this coming generation of consoles hasn’t really changed.

That is, there is a dedicated cadre of Xbox fanatics that will of course pore over and debate every little nuance of these new consoles. But they’re getting an Xbox One. Likewise, there are probably still Sony fans out there, though I have to think that the past decade has done more to weaken their resolve than anything. No offense.

Anyway, let’s take a look at what Sony announced this week, cut through the baloney, and see how it really compares to what we know about the Xbox One. This doesn’t represent everything that Sony announced—there’s no use debating exclusive games for example—but is rather a selection of what I think are important comparison points.

(I expect a lot of silliness in the comments. Let’s keep the partisan rhetoric to a minimum, please.)

Price. The Xbox One comes in exactly one model that includes the Kinect sensor and costs $499. The Sony PlayStation 4 costs “just” $399, leading to many premature predictions of a Sony victory this holiday season. But such a prediction requires two leaps of faith: One, that Microsoft’s eager fans won’t sop up as many of these consoles as they can only to see the price drop in 2014. And two, that the $399 PS4 price doesn’t include the cost of a PS4 Eye (Sony’s Kinect rip-off), which is $59.99. So the real price difference is just $40, or just 8 percent. Sorry, haters, but this is a total wash, not a Sony victory.

Hardware specifications. As was the case when the Xbox 360 and PS3 went head-to-head for the first time in 2006, you’re going to see a lot of head-to-head comparisons here this time around too. Two thoughts on this. On the one hand, these comparisons are perhaps more relevant than ever before because the PS4 and Xbox One are based on the same core (x86) platform. But on the other, that doesn’t matter because it will come down in part to the developer tools and how well game makers adapt to the particular tools and capabilities of each device. I’ll toss out that Microsoft has about 10,000x as much experience as Sony with x86 and be nice and just call it undecided. But I think Microsoft wins this one over time for the same reason that the supposedly inferior 360 killed the PS3 over time.

Game availability. Sony is crowing about the manufactured controversy over used games and says it will do nothing to inhibit the sale of games into the used market. (Neither will Microsoft, but it has said that game publishers are free to charge a fee if they want; expect the free market to win out on this one.) But what Sony hasn’t told you is that the PS4 falls flat in what I think is the more important area: Microsoft will let Xbox One gamers buy new games electronically on the same day that they go for sale on disc, and Sony will not. Advantage: Microsoft, unless of course you actually like getting in your car and driving to Best Buy for some reason.

Always-on requirement. Sony is likewise crowing about the fact that the Xbox One requires an always-on Internet connection, though it’s more of a heartbeat thing than a 24/7 requirement and is part of the reason Microsoft can have such better game sharing features. Still, by not requiring an Internet connection, the PS4 will indeed be better in certain situations. Advantage: Sony.

Xbox LIVE vs. PSN. I’m not even going to give this one the time of day. Advantage: Microsoft. And you know it.

Backwards compatibility. The Xbox One will not play Xbox 360 games. The PS4 will not play PS3 games either, but Sony is providing some form of undescribed cloud service that will let some older games stream to the new platform. I think this is a non-issue long term but it could be meaningful in the short. Advantage: Sony.

Devices integration. Sony is wise to integrate with its PS Vita, which has sold poorly, and with Sony phones and tablets, which have sold not at all. But it’s adding iOS (iPad, iPhone) and Android apps this time, which is smart. It also mirrors what Microsoft has done with Xbox SmartGlass, by bringing a second screen experience to (almost) every smart device there is and is evolving it steadily. But there’s nothing for Windows or Windows Phone. Sony needs to catch up here. Advantage: Microsoft.

There are other things to compare, of course, and I don’t think the social aspects of gaming—recording and sharing game highlights or even entire sessions—should be downplayed. But both companies have made the right moves in these areas, and we’ll see how they compare in the future. For now, I look over this list and I see a competent PlayStation 4 story from Sony with some wins and some losses. But it’s hardly the overwhelming Sony victory some particularly clueless pundits have declared.

As always, the proof will be in the so-called pudding. I can’t wait to use both the Xbox One and PlayStation 4 and offer a more educated opinion in the future.