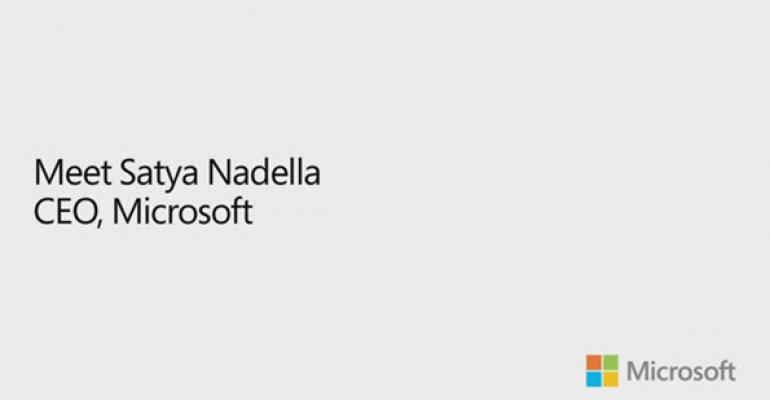 This one could be particularly monumental. If you dig through it and pull out specific phrases, you'll find some interesting tidbits that describe what Microsoft might look like in 6 months under Satya's charge.

Microsoft's resident storyteller, Steve Clayton, is the first to interview Satya Nadella just after accepting the role as Microsoft's new CEO. Steve and Satya take a walk around the halls of Microsoft to discuss what we can expect from Microsoft's new leader, how he envisions the future, and how his first goal is to eliminate any obstacles toward innovation.

Particularly telling, about Satya the person, is the three words he uses to explain how he felt when he accepted the role as CEO.

Satya says his primary focus is to instill the "Do More" mentality in customers and employees. Microsoft has the talent and resources to be hugely successful and even change the world. A lot of work goes into what Microsoft produces and Satya wants to ensure that the end product is meaningful. If employees are going to work consistently long hours, he wants it to have meaning.

He also eludes to the future as being Mobile First and Cloud First. Microsoft initiated their Cloud First development march in 2013 and we've seen evidence of it since, sometimes at the expense of customers and legacy product support. Now, melding Mobile First into the same mantra, can we expect Microsoft to move further away from on-premise, Enterprise support? We'll see.