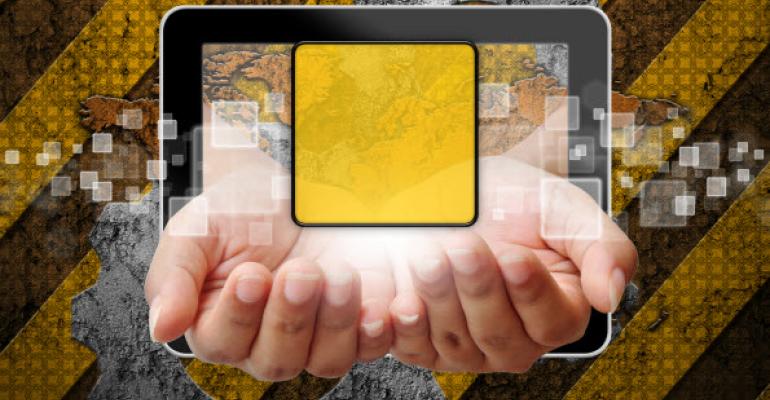 The PC is Not Dead. It’s Just Different.

The industry seems to be caught up in trying to separate the original PC concept from devices, when, truthfully, they are all just PCs. If we stop saying PC for a bit, and utter the name behind the acronym, Personal Computer, it seems to suggest that those things that sit on our desk and those things we carry around with us, are all the same&nbsp;.

To make a point, I’d like to take you on a brief trip through history.

As early as 1965 a programmable calculator, called the Programma 101, was considered the first “desktop computer.”  And, even though several other types of desktop and portable computers were invented and used since 1965, it wasn’t until the early 1980’s, when the cost of components dropped enough to bring the price within a range that a personal computer (self-contained unit, no longer a microcomputer kit) could be purchased and used by normal households.  In 1982, the personal computer was named Machine of the Year by Time Magazine.

Just like anything, the personal computer (PC) has evolved over time. Originally just a couple floppy drives, a keyboard and monitor, the style, function, and features have changed drastically to today. Every once in a while, someone like Apple would even take style to a whole new level by replacing the boxy look of the PC and give it aesthetically pleasing lines so that it would not stick out horribly against a professionally curated living room.

Several years ago laptops became the rage of the business world, giving mobile workers the ability to keep up with work on the go. But, even with the different form factor, laptops were still lumped into the PC category.

All of this is leading to my point.

My buddy, Paul Thurrott, has been doing an excellent job covering the supposed “death of the PC” industry buzz.  A couple weeks back, in PC Sales Tank Again in Q1 2013, Paul covers the latest numbers of PC sales, as reported by IDC and Gartner.  Just a week ago, in Intel Profits Decline 25 Percent as PC Sales Slide, Paul talked to the industry PC sales reports and how they are harming Intel profits. And, even more recently, in In Praise of the PC, he does a great job sifting through the “PC is Dead” nonsense to give some valid points as to why the reports are a bit overblown and aren’t completely connected with reality.

But, I’d like to take it a step further.

Apple with the iPad believed they had created a new category of device, and the industry immediately ate it up, despite Microsoft already working with partners to produce and release tablets in 2001. But, what is it that Apple actually created? Apple didn’t create anything. They only produced a new, different version of the PC, during a time the public was ready to accept it. If anything, Apple should be lauded for helping the PC evolve where Microsoft couldn't in 2001.

Did you know that smartphones have been around since 1973? The smartphone is a combination of telephony and computing, i.e., a phone and a Personal Digital Assistant (PDA). The actual term, smart phone (two words), wasn’t used until 1997 by Ericsson. Think about the smartphone that you have today. Based on the smartphone’s beginnings, what you hold in your hand every day is a futuristic piece of technology that makes Captain Kirk’s communicator look like a kid’s toy. And, what do you do with it? To be honest, I rarely make or take phone calls on mine. That’s only about 2% of what I use it for. I surf the web, participate in social media, play games, answer and read email, search for answers using Bing – pretty much all of the things I do on my PC.  My smartphone is a highly mobile, personal computing device that I carry around in my pocket. In reality, it’s a PC. And, once again, we can thank Apple for helping the PC to evolve with the release of the first iPhone.

The industry seems to be caught up in trying to separate the original PC concept from devices, when, truthfully, they are all just PCs. If we stop saying PC for a bit, and utter the name behind the acronym, Personal Computer, it seems to suggest that those things that sit on our desks and those things we carry around with us, are all the same. They all allow us to surf the Internet, enjoy gaming, connect with friends, and get work done.

So, when they say the PC is Dead, what are they actually saying? To me, it seems we are just in a state of evolution, and the PC will live on forever in whatever state or shape it takes on, and no matter which company’s marketing team tries to tell us differently. So, as the analyst numbers continue to roll in quarter-after-quarter, it's important to keep a grip on reality. Yes, I realize sales numbers are important. They help PC manufacturers envision direction, create roadmaps, and invest in the right partnerships. But, in the end, companies are still buying desktops and laptops to accomodate the needs of the business. They are also buying tablets and smartphones. And, IT is still required to architect a way to manage and support them.

The PC is not dead. It’s just different.