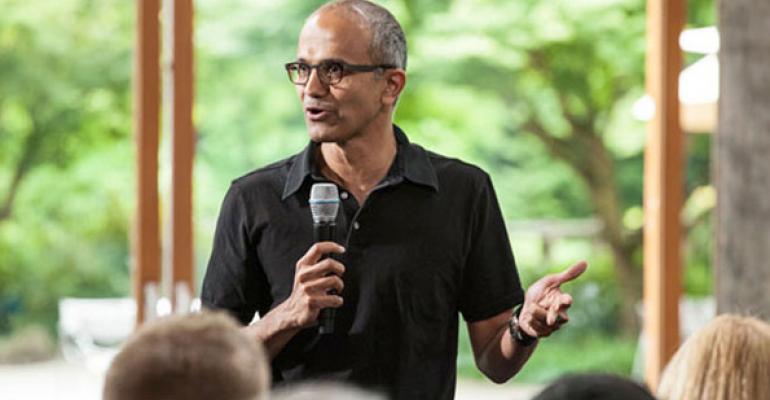 With Mulally Out, Microsoft CEO Search Turns to Internal Candidates

Probably no announcement until February

With Ford's Alan Mulally finally bowing out of the Microsoft CEO search, the focus has turned to Microsoft's internal candidates. Hiring from within would solve many problems for the devices and services firm, not least of which is a quick ramp-up of the current strategy.

But before anyone doubts Mulally's desire for the job, a new report suggests that he actually had his eye on Microsoft's top spot for years. According to The Wall Street Journal, Mr. Mulally confided to others in 2012 that there were only two companies he'd consider leading post-Ford: Microsoft and Google. But since neither company was looking for a new CEO at the time, he eventually decided to simply retire from Ford by the end of 2014.

So, what drove Mr. Mulally to spurn Microsoft's advances over the past several months? According to the same report, there were two main issues. First, constant leaks about his interest in the CEO position rankled the Ford board of directors, making the normally secretive transition process difficult. More important, however, Mulally allegedly was concerned about the involvement of Microsoft Cofounder and Chairman Bill Gates, who would no doubt strive to ensure that his legacy was upheld by the company moving forward.

For a turnaround expert like Mulally, that last bit was likely the bigger issue. Many, myself included, do believe that the healthiest thing Microsoft could undergo at this critical juncture is a thorough evaluation of its many businesses, with a subsequent shedding of those businesses which are non-critical or perennial losers. And this is exactly what Mulally did when he took the reins at Ford in 2006, as he turned the company around financially while selling Aston Martin, Jaguar, Land Rover, and Volvo and significantly lowering Ford's stake in Mazda. Ford emerged from the recent recession on solid financial ground, while the other two big US automakers, GM and Chrysler, went bankrupt and required federal bailouts.

With Mr. Mulally unable to work his magic on Microsoft's too-complex businesses, however, the task of positioning the company for the future will fall on someone else's shoulders. And while Microsoft could still surprise us with another external candidate, it's more likely that the firm has turned its attention to internal candidates. And it's now expected to announce a new CEO in February, not January.

The list of top internal candidates for the Microsoft CEO position remain unchanged from November, when the board of directors apparently narrowed the field to include cloud and enterprise chief Satya Nadella, business development chief (and former Skype CEO) Tony Bates, and incoming devices chief Stephen Elop (formerly of Nokia, but a Microsoft executive before that). The big change since November is that the Nokia purchase is all but complete, making Elop's candidacy a bit more realistic.

But of the three, Nadella is arguably the strongest candidate, with deep experience guiding an important Microsoft business from an on-premises past to a cloud (and hybrid) future, a model that could guide many of Microsoft's other businesses in similar transitions. Plus, Nadella (like Elop, but unlike Bates, whose Skype business still operates curiously detached from the rest of Microsoft) would likely work closely with the board to continue the current strategy—a plus for Gates, Ballmer, and others internal to the company.

If Microsoft does go with an internal candidate, I hope the new CEO at least has the presence of mind to seek the fair and objective opinion of outsiders on many of the issues facing the company. Microsoft is currently seen as inefficient and slow-moving, thanks to its top-heavy corporate structure and hierarchy. And it's about to get a lot bigger: With 100,000 employees on the books now, it's about to add an additional 30,000 Nokia employees to the ranks.

Ideally, Microsoft would add Mr. Mulally to its board of directors or hire him as a special advisor and allow him some input on the strategy going forward. In some ways, that would be a "best of both worlds" outcome, especially if Mulally retires from Ford later this year as expected and returns home to the Seattle area, where Microsoft's corporate headquarters are located.