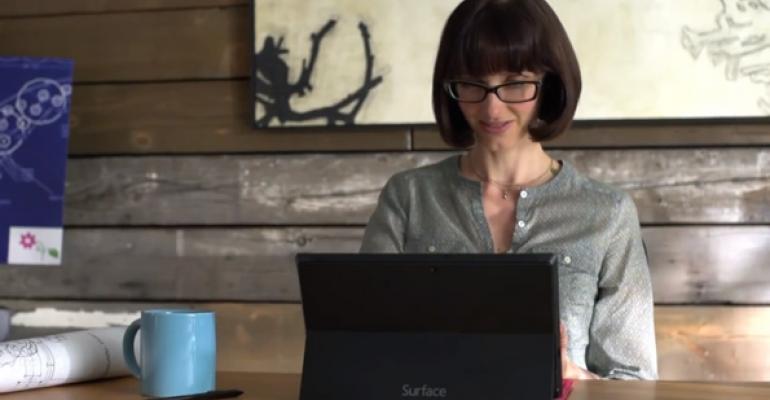 Here's a roundup of the most important articles I've written about Microsoft's second generation Surface devices, the Surface 2 and Surface Pro 2. This guide includes all of my overviews, reviews, commentaries, how-to's and photo galleries of the new Surface devices and accessories and will be updated as new articles are added.

Will Microsoft's new Surface 2 redeem both Windows RT and the software giant's PC maker aspirations? A full telling needs to wait for a later date, but I can say this much after less than a week of use: Surface 2 offers significant advantages over its predecessor and provides the best argument yet for Microsoft's forward-leaning devices and services strategy.

With Surface 2, everything has changed: This device offers significantly better performance and better battery life in a package that is better looking, thinner and lighter than that of its predecessor. But questions about the Windows RT platform remain. Is Surface 2 good enough to jumpstart Microsoft's Windows devices vision?

Microsoft announced today that a long-expected new Surface model, the Surface 2 (AT&T 4G LTE), will be available for purchase starting to tomorrow. This LTE-equipped version of the Windows RT 8.1-powered Surface 2 device commands a $130 premium over a similarly equipped Surface 2, and will retail for $679. Whether this new model is worth such a heady sum is of course up to the buyer.

Is the Surface 2 a Work Device? (Windows IT Pro)

Microsoft's marketing positioning of Surface 2 and Surface Pro 2 is confusing and, I think, wrong-headed. According to the firm, the Windows RT-based Surface 2 is a tablet for business, whereas the Surface Pro 2 is a laptop replacement. I'm not sure that either of these descriptions makes any sense at all.

Because of issues with the Surface RT 8.1 updater—which is still offline, by the way—Microsoft today took the unexpected but very necessary step of posting the 3.7 GB Surface RT 8.0 recovery image. This provides Surface RT users—including those with bricked devices—with a way to revert them to their original factory condition.

The new Surface Pro 2 follows up on its predecessor in all the expected ways, with a somewhat faster processor, much better battery life, and a wide range of smaller improvements. But the mantra with Surface Pro 2 is that Microsoft doesn't need to fix what wasn't broken. And while I would have appreciated a thinner, lighter device, Surface Pro certainly delivers.

As promised, Surface Pro 2 is an evolutionary update to Microsoft's excellent first-generation hybrid PC. It looks identical to, and weighs the same as, its Surface Pro predecessor, but comes with an updated Intel "Haswell" processor and the expected improved battery life. And thanks to some software improvements in Windows 8.1 Pro, it also fixes a few usability problems as well.

Microsoft this week released its October 2013 Surface Pro 2 Firmware and Driver Pack. If you do own a Surface Pro 2, you don't need to worry about installing these drivers and firmware. But they're good to keep around in case something goes wrong.

Reports, ahem, surfaced this week from users that Microsoft had subtly changed the hardware in newly built versions of the Surface Pro 2, updating the processor and supporting chipset. This change isn't big enough to warrant much excitement—especially not from those who already own a Surface Pro 2—but it's certainly worth exploring briefly.

Surface Mini on Tap for a May Release

Last year, I was the happy recipient of a steady stream of Surface mini news, as Microsoft geared to deliver this new device alongside the Surface 2 and Surface Pro 2. However, at the last minute, the firm quietly scuttled the Surface mini release. But now, after months of silence and questions, Surface mini appears poised for its belated appearance.

Along with its second generation Surface tablets, Microsoft is also offering an expanded set of new Surface accessories. The Type Cover 2, Touch Cover 2, Arc Touch Mouse Surface Edition and some other accessories are shipping at the same time as the new tablets while a few others—the eagerly awaited Power Cover and Docking Station—won't ship until very early 2014. Here's a quick peek at the new Surface accessories I've used so far.

If you were an early adopter and picked up a first generation Surface RT or Surface Pro, you may be looking at Microsoft's new Surface 2 and Surface Pro 2 devices and wondering whether it makes sense to upgrade. Generally speaking, the answer is probably no, but there are some Surface 2 accessories you should examine.

While Microsoft's initial set of innovative typing covers really set apart its Surface products, the firm has really turned up the heat with round two. Case in the point, the Type Cover 2, which adds keyboard backlighting, a shorter key throw for more accurate typing, four color choices, and a delightful new felt-like covering in a package that is even thinner than the original.

As with its Type Cover—see my Surface Type Cover 2 Review—Microsoft has issued a significantly upgraded Touch Cover 2 in tandem with the Surface 2 and Surface Pro 2 tablets that began shipping to customers this week. It's a big improvement over the original, but given the excellence of Type Cover 2, I'm not quite clear on the audience for this accessory.

Announced at the Surface 2 launch event in September 2013, the Power Cover is the last generation 2 Surface accessory to ship to customers. Basically a Type Cover with a built-in battery, the Power Cover promises to dramatically improve your Surface 2, Surface Pro or Pro 2 battery life at the expense of a bit of additional weight.

As promised, Microsoft delivered its eagerly-awaited Surface Power Cover to customers this week. The $200 accessory promises to add hours of battery life to your Surface 2, Surface Pro or Surface Pro 2. But while it resembles the very similar Type Cover 2, it also comes with a significant weight penalty.

While I had hoped to quickly assess the impact of the new Surface Power Cover on each supported Surface mode, battery life testing is of course time consuming and difficult. So rather than make you wait, let me cut right to the chase: If you own an original generation Surface Pro, the Power Cover isn't ideal, as it adds weight and bulk to an already heavy device. But it's the best way to achieve reasonable battery life on a device that falls very short in this important category.

Available in limited quantities until early 2014, Microsoft's Surface Docking Station is one of the more eagerly-awaited Surface Pro and Surface Pro 2 accessories. It features a decent selection of expansion ports, impressive industrial design, and a heady price tag. Here are some first impressions and photos to tide you over until I can prepare a full review.

Microsoft's Surface Docking Station is the accessory that so many Surface Pro users claimed they wanted. And while it matches the look and feel of Surface nicely, it's a fairly expensive device at $200, and you might get more value out of an ad hoc set up. Should you get one for your Surface Pro/Pro2?

Give Microsoft some credit: When it comes to outfitting its Surface devices with useful accessories, the firm has really risen to the challenge. But what's most interesting about the accessory lineup is the unexpectedness of some of them. No one, for example, saw the typing covers coming last year. And this year, while we got some accessories many had been clamoring for, Microsoft also delivered some truly inventive ones too. Case in point, the Wireless Adapter for Typing Covers.

Browsing around the Microsoft Surface support web site, I came across an interesting page that claimed that the firm's Surface Ethernet Adapter worked with both Surface 2 and Surface RT (as long as it was upgraded to Windows RT 8.1). This contradicted what I knew to be true, but I was intrigued, so I purchased a Surface Ethernet Adapter to test it. And I can report today that it does indeed work, though not automatically. Here's how to make it work.

Microsoft's Arc Touch Mouse Surface Edition is a near-perfect companion for your Surface 2 or Surface Pro 2. It features the same matte black designs, stows flat for portability, and connects wirelessly instead of taking up the device's single USB port with an unnecessary dongle.

Need to Know: Surface 2 and Surface Pro 2 (Windows IT Pro)

Microsoft's second-generation Surface tablets—the Windows RT 8.1-based Surface 2 and the Windows 8.1 Pro-based Surface Pro 2—will be available for purchase on October 22, 2013 in many markets around the world. So what's new for this generation of devices? Here's what you need to know.

Product pricing was among the few details about Surface 2 and Surface Pro 2 that I wasn't privy to prior to Monday's launch event. But now that Microsoft has announced pricing for these devices and various accessories, it's time to take a look and see whether they've learned perhaps the single most important lesson from the original devices, which were too expensive.

Surface 2 by the Numbers

Microsoft launched its Surface 2 and Surface Pro 2 devices as expected on Monday. And while there are many discussions to be had around these products, let's look at some of the numbers that Panos Panay tossed out during the announcement presentation.

As I evaluate the performance of Microsoft's new Surface 2 tablet compared to that of its predecessor as well as the more PC-like Surface Pro 2, I'm reminded of a regular refrain from tech enthusiasts. Why does Microsoft continue to invest in the ARM chipsets that don't run traditional Windows desktop applications? Why couldn't it have made a version of Surface 2 that runs on the Intel Atom "Bay Trail" processor instead?