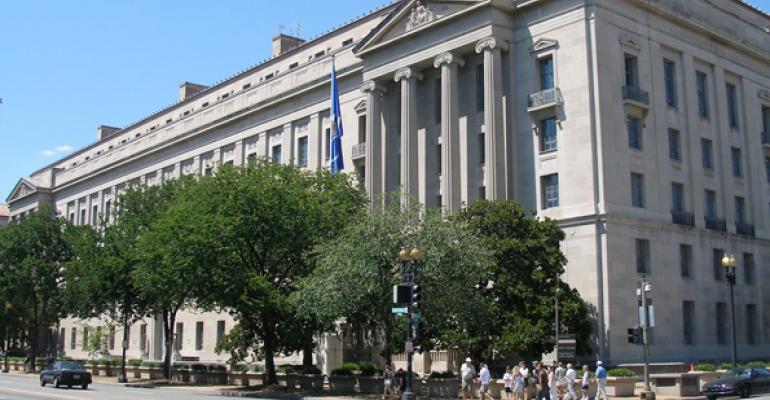 Microsoft, Google Push Forward with Lawsuit Against US Government

Settlement talks with DOJ break down

Microsoft and Google—otherwise the unlikeliest of allies—announced on Friday that they would push forward with lawsuits they originally filed against the US government in June. The firms believe that the government's behavior with regards to Foreign Intelligence Surveillance Act (FISA) requirements are both illegal and unconstitutional. The move comes after the breakdown of settlement talks with the US Department of Justice.

"We benefit from living in a country with a Constitution that guarantees the fundamental freedom to engage in free expression unless silence is required by a narrowly tailored, compelling Government interest," Microsoft General Counsel Brad Smith writes in a post to the Microsoft On The Issues blog. "We believe there remains a path forward that will share more information with the public while protecting national security. Our hope is that the courts and Congress will ensure that our Constitutional safeguards prevail."

Microsoft and Google filed the lawsuits over two months ago and have been negotiating with the DOJ for less stringent restrictions on their respective abilities to report to the public when the government presents them with FISA requests.

"We believe we have a clear right under the US Constitution to share more information with the public," Smith explains. "The purpose of our litigation is to uphold this right so that we can disclose additional data."

Mr. Smith says that Microsoft and Google met with DOJ representatives six times after filing its lawsuit and that it repeatedly agreed to government requests to extend its deadline for responding to the suits. And while the firms hoped that the talks would lead to a settlement, they did not. "These negotiations ended in failure," Smith notes.

So, although the government has revealed that it will now publish general FISA request information once a year, Microsoft and Google don't feel that goes far enough.

"We believe it is vital to publish information that clearly shows the number of national security demands for user content, such as the text of an email," Smith explains. "These figures should be published in a form that is distinct from the number of demands that capture only metadata such as the subscriber information associated with a particular email address. We believe it's possible to publish these figures in a manner that avoids putting security at risk. And unless this type of information is made public, any discussion of government practices and service provider obligations will remain incomplete."

As a result, Microsoft and Google are pushing forward with litigation and hope that the court will uphold their constitutional and legal rights.

Note: At the time of this writing, Google has not yet issued a public statement about this issue. When it does, I will add to the article as required.