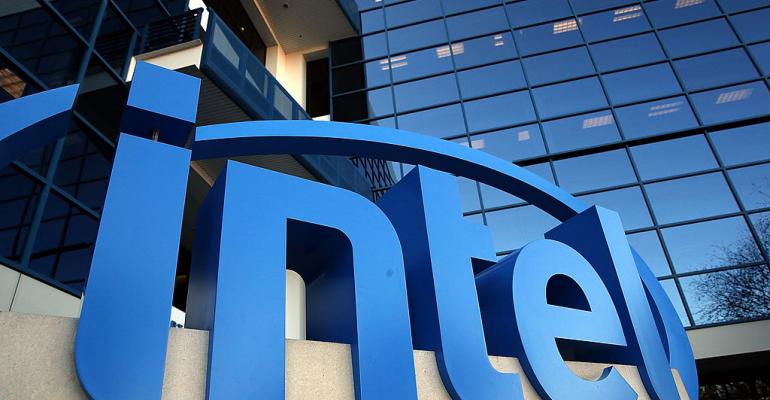 (Bloomberg) -- Intel Corp. has begun narrowing its search for a new chief executive officer and could bring in an outsider to lead the world’s second-biggest chipmaker for the first time.

Related: 3D Xpoint Memory: How Intel is Bringing Persistent Storage to the Motherboard

Sanjay Jha and Anand Chandrasekher, who both have experience at Qualcomm Inc., and current executives Navin Shenoy and Murthy Renduchintala have all had preliminary discussions with board members, according to people familiar with the process. Former Chief Financial Officer Stacy Smith declined an offer to put him on the list of candidates, according to the people who asked not to be identified discussing private information. An Intel spokesman declined to comment.

Other executives are also under consideration, but the progress of filling the most prominent job in the $400-billion semiconductor industry hasn’t reached the formal interview stage yet, according to the people. Throughout Intel’s 50-year history, its leaders have been chosen from internal ranks. But Krzanich’s sudden departure in June, after the board learned of a previous relationship with an employee, has shaken up a run of carefully managed successions.

Whoever is ultimately chosen will inherit a company that is financially sound yet plagued by concern that its dominance of computing is under threat. In addition to the CEO search, delays in introducing new manufacturing technology has led some analysts to predict that Intel is more vulnerable to competition now than it has been in years.

Founded in 1968, Santa Clara, California-based Intel has been led either by the men who founded it or executives that it groomed internally. It has typically appointed the heir apparent to the president or chief operating officer position ahead of the retirement of the incumbent. Krzanich’s departure came after he had only spent five years in the role and left the company without a clear successor.

Many of those who would have been obvious choices to fill the role -- including Renee James, Stacy Smith, Diane Bryant and Kirk Skaugen -- left during Krzanich’s tenure, which featured an increase in the number of outside appointments to executive ranks. Acting CEO and Chief Financial Officer Bob Swan, has said he doesn’t want his promotion to be permanent.

Here’s a look at a few of the names on the list so far:

Jha, 55, is an industry veteran who rose through the ranks at Qualcomm as it grew to supremacy in the mobile phone-chip market, an area that Intel has struggled to break into. He parlayed the chief operating officer role at Qualcomm into a chief executive officer position at Motorola Inc. in 2008. From there Jha went on to head, Globalfoundries Inc, the second-biggest maker of made-to-order chips behind Taiwan Semiconductor Manufacturing Co.

Chandrasekher, 55, might provide a compromise in the internal-versus-external candidate debate. During more than two decades at Intel he held a range of jobs including head of sales and head of mobile phone efforts. One of Chandrasekher’s biggest successes was a role in Intel’s Centrino program in the early 2000s, a push that brought internet connectivity to laptops and fueled an explosion in demand. His most recent job as senior vice president at Qualcomm has involved building that company’s attempt to break Intel’s stranglehold of computer server chips. That unit was shuttered by the mobile phone chipmaker as part of a cost-cutting exercise aimed at meeting earnings targets that were set while it was fending off a hostile takeover.

Among the insiders, Shenoy currently runs Intel’s most profitable and fastest growing business, the data center group. In the last three quarters, the unit has grown more than 20 percent. At 45, Shenoy is also the youngest candidate being considered. He’s a product of the company’s technical assistant program, under which Intel grooms future leaders by apprenticing them to senior executives and moving them through various roles to gain experience.

Renduchintala, 52, is the most senior current Intel executive under consideration. He’s the chipmaker’s chief engineering officer, responsible for the development and production of all of its products. He joined in 2015 in a move that made him the most senior external hire in Intel’s history. Most of his prior experience is in mobile chips and he spent a decade at Qualcomm where he started as a protégé of Jha before rising to become co-head of its chip division.

James, 54, is the most senior former Intel executive on the outside. She’s currently running Ampere Computing, a startup funded by Carlyle Group aimed at breaking Intel’s stranglehold on the lucrative market for processors used in data-center computers. The former Intel president has told her Ampere team that she wouldn’t go back unless the world’s second-largest chipmaker acquired the startup, allowing her to take them with her, according to a person familiar with her thinking.

Another possible candidate, VMWare Inc. CEO Pat Gelsinger, who spent most of his career at Intel, has said he wants to say in his current position.