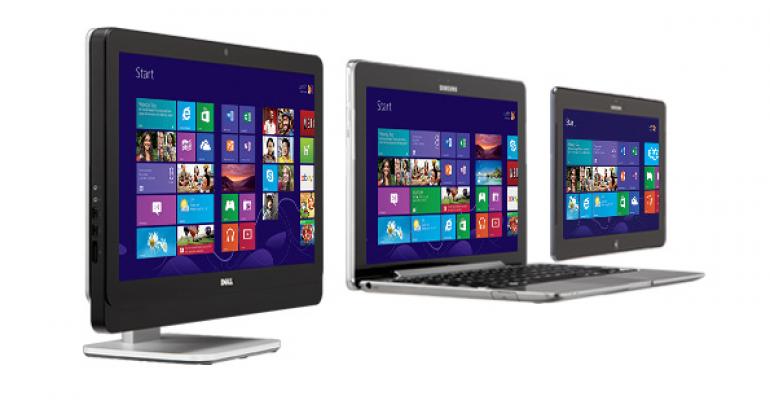 Eventually, the market will catch up with IDC's predictions. Or vice versa

The market researchers at IDC this week claimed that PC shipments would fall a bit further in 2013 than previous expected but that the industry would rebound in the next few years. But PCs are facing a tougher challenge from tablets than previously expected, too: Tablet sales will surpass those of notebook PCs in 2013, IDC says, while tablet sales will surpass PC sales overall by 2017.

I have two issues with the IDC data. First, according to other analysts, tablet sales already surpassed those of notebook PCs: That happened in mid-2012. And second, tablet sales will only surpass those of PCs thanks to mini-tablets with 7-to-8-inch screens; those devices don’t really compete directly with PCs at all.

IDC seems to at least understand that latter point, though it’s unclear whether this trend will affect their methodology.

“As the market develops, usage patterns and devices are evolving,” IDC VP Loren Loverde said. “Many users are realizing that everyday computing, such as accessing the Web, connecting to social media, sending emails, as well as using a variety of apps, doesn't require a lot of computing power or local storage. Instead, they are putting a premium on access from a variety of smaller devices with longer battery life, an instant-on function, and intuitive touch-centric interfaces. These users have not necessarily given up on PCs as a platform for computing when a more robust environment is needed, but this takes a smaller share of computing time, and users are making do with older systems.”

And don’t expect a huge turnaround because of the expiration of Windows XP support in 2014, IDC claims. Corporate customers are notoriously conservative with PC purchases, the firm correctly notes, and many will simply upgrade current hardware to newer versions of Windows. But the same market trends that are holding back PC sales overall will prevent a PC renaissance next year as well, and many users in businesses will simply utilize their own smart phones and tablets for work, in addition to using their employers’ aging PCs.