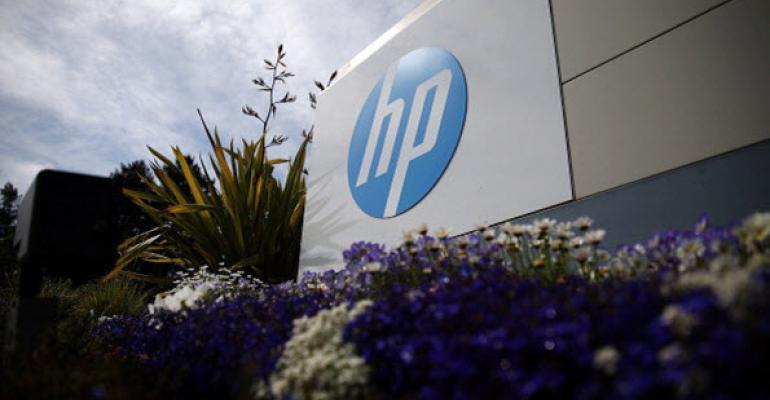 HP Enterprise Tumbles on Earnings Outlook That Fails to Inspire

HPE’s forecast wasn’t encouraging enough right before the company is about to move into the seasonally weaker July quarter. And while second-quarter results were good, it was less of a beat than the first quarter, he said.

(Bloomberg) --Hewlett Packard Enterprise Co. shares slumped the most in more than a year after posting earnings forecasts that left analysts less than impressed.

Profit excluding certain costs will be 35 cents to 39 cents a share in the fiscal third quarter, the Palo Alto, California-based company said in a statement Tuesday. Analysts had projected 36 cents on average, according to data compiled by Bloomberg. 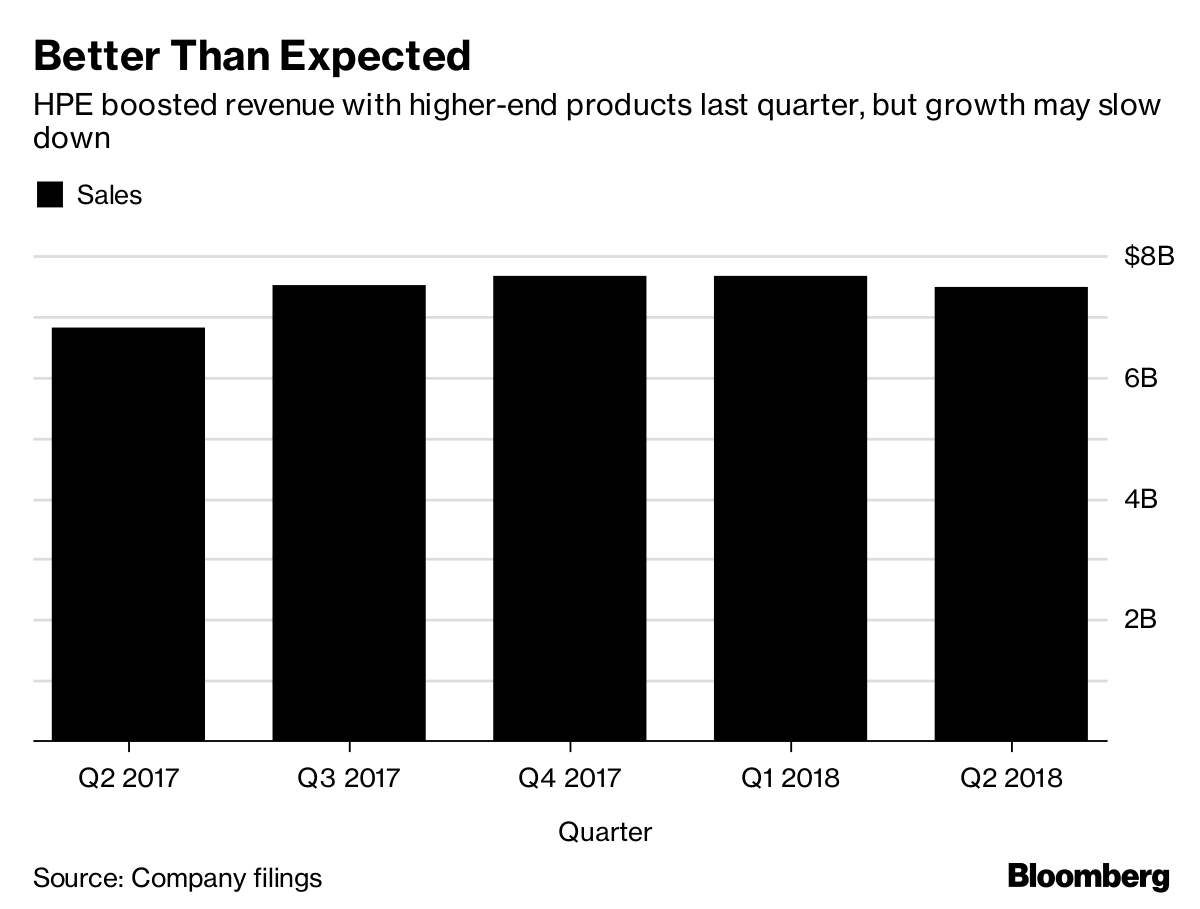 The second half of 2018 is “the real test,” said George Iwanyc, an analyst at Oppenheimer & Co. A sustained improvement could show investors that progress in the first half wasn’t only due to easy comparisons and favorable currency exchange.

HPE’s forecast wasn’t encouraging enough right before the company is about to move into the seasonally weaker July quarter, said Pivotal Research Group analyst Lou Miscioscia. And while second-quarter results were good, it was less of a beat than the first quarter, he said.

Neri has sought to diversify the hardware maker from the servers and storage solutions that generate most of its revenue. He’s tried to reshape the company into a hybrid-cloud and networking player by developing offerings for the internet-of-things and boosting its software products.

HPE agreed to buy networking firm Cape Networks in March to boost its networking arm against Cisco Systems Inc., VMware Inc. and Dell Technologies Inc. It also bought software firm Plexxi this month and cloud IT consulting firm RedPixie in April. The strategy is to offer a more holistic suite of offerings to its corporate clients, boost profit margins amid rising hardware memory costs and compete against cloud companies Amazon.com Inc. and Microsoft Corp., which offer a broad array of services over the internet.

“I was the architect of HPE Next,” Neri said in an interview, referring to the company’s program to cut costs. “Now it’s paying off on multiple fronts. The market seems to be better. In the last three months, I and the team went on acquiring things.”

Those acquisitions have helped to boost sales, but Neri said growth rates will “modulate” later this year on tough comparisons.

In the second quarter, which ended April 30, revenue rose 9.7 percent to $7.47 billion, from $6.81 billion a year earlier. Analysts had projected $7.4 billion. Profit, excluding some items, was 34 cents a share, exceeding analysts’ estimates of 31 cents. Net income in the recent period was $778 million, or 49 cents.

Neri said HPE had an easier time passing on higher component costs for its servers and data-storage to customers, by raising prices by a few percentage points. That left the company’s Hybrid IT division, which consists of the storage and server businesses, with an operating profit margin of 10.3 percent in the latest period, up from 9.6 percent in the previous quarter.

Rivals including Dell used to price their offerings more aggressively, forcing HPE to sacrifice profit margins by not passing all component costs on to customers. But Dell has to spend money paying interest on its massive debt from a leveraged buyout, so it can’t afford such a competitive pricing strategy anymore, Neri said.

A Dell spokeswoman pointed to recent remarks from executive Jeff Clarke that Dell has the largest market share in servers and storage and expects to increase its lead this year.

HPE’s Hybrid IT division generated sales of $6.02 billion, an increase of 6.8 percent from the same period a year earlier. HPE has sought to offer higher-end hardware products, including so-called hyperconverged systems that include server, storage and networking capabilities in one box. Plexxi’s software will help HPE compete against offerings from Dell and Nutanix Inc.

The company’s Intelligent Edge division -- usually one of its fastest-growing units -- posted revenue growth of 17 percent in the second quarter, with sales totaling $710 million. HPE has tried to nurture the division by building out its offerings with acquisitions, such as Cape Networks, meant to boost HPE’s artificial intelligence capabilities.

HPE’s transition to networking and higher-end servers has put the company in “better markets,” and it’s been helped by stronger customer demand, Chief Financial Officer Tim Stonesifer said on a conference call with analysts.

The April period was the first full quarter under Neri, who has doubled down on the cost-cutting program installed under his predecessor, Meg Whitman. HPE is going ahead with plans to leave its traditional home in the heart of pricey Silicon Valley – and will now move to the northern side of San Jose. HPE had earlier planned to move into the offices of a company it acquired, Aruba Networks, in Santa Clara.

In February, HPE said it would return $7 billion to shareholders through the 2019 fiscal year in share repurchases and a 50 percent increase to its dividend beginning in the fiscal third quarter.