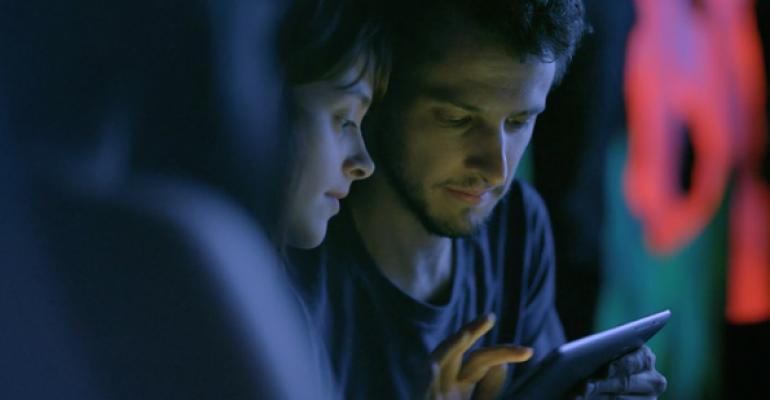 The new king of mini-tablets

Google’s second generation Nexus 7 is even better than expected, with stunning performance and display quality wrapped in a nearly-ideal form factor. But the 2013 Nexus 7 doesn’t just demote the iPad mini to second place, it ensures that even the rumored Retina-based iPad mini 2 is irrelevant, thanks to Google’s affordable pricing. This is the mini-tablet done right.

You may recall from my Google Nexus 7 (2013) Preview of last week that I wasn’t expecting to be able to review this new device until I returned home from my current trip in late August. But Google allowed retailers to stock the Nexus 7 ahead of its originally reported August 30 release date, so I grabbed one at Best Buy the day before my flight.

You’ll notice the hardware improvements first. From the silky-smooth hand feel of the device’s back to its thinner, narrower and lighter new form factor, the 2013 Nexus 7 makes an immediate impression. (That it’s thinner, narrower and lighter than the iPad mini is, of course, not coincidental.) It’s new all-black exterior—the previous version was curiously gray on the back, and dimpled—is attractive and better looking than before too.

(Oddly, the small size and recessed position of the power button makes it difficult to quickly figure out which end is up. I do still spend time fumbling for the power button and volume buttons, too.)

Inside, everything has changed for the better. A speedy quad-core CPU, 2 GB of RAM, and a powerful new GPU provide the processing power, and a gorgeous and amazingly bright 1920 x 1200 7-inch display provides the eye candy, making this device both the fastest and best overall mini-tablet I’ve ever used. You can see it in games like Riptide GP 2, which is just another tired, straight-on racer, yes, but the best-looking and quickest tired, straight-on racer I’ve ever played. (Like many, I’m looking forward to Asphalt 8.) But you can also see it—and hear it—in HD movies from Google’s Play Store.

I grabbed a few movies before the trip and watched one, “Oblivion,” on the way to Amsterdam. The picture quality was superb, as was the virtual surround sound, which is similar to an effect you get with Amazon’s Kindle Fire HD devices, though here it works with both headphones and the built-in stereo speakers. (This particular movie lacks captioning when you buy it from Google, which I find infuriating. Many Play movies and TV shows do offer captions now, but some do not, and the Play app inexplicably doesn’t tell you whether the feature is supported before you buy or rent. This is inexcusable.)

Put simply, the 7-inch form factor is basically ideal for both game-playing and movie watching, and when combined with the grippy back and general lightness/thinness of the Nexus 7, it’s a nice little package. (That said, a built-in kickstand would be nice.) The screen is bright, sometimes overly bright. When reading web pages or Kindle books at night, I wasn’t able to get the screen dim enough to be comfortable. It’s kind of crazy how bright it is.

From a software perspective, I’ve long since come to terms with the inevitability of Android—something I’m sure Mac users went through with Windows in the early 1990’s—but as I’ve been discussing on podcasts recently, I’ve never been truly excited by Android. Some have taken this to mean I “hate” Android, but the reality is less dramatic. I’m just ambivalent about Android.

So the Nexus 7 comes with the latest Android version, naturally, “Jelly Bean” 4.3, which is, you know, new and stuff. It looks and works much like previous versions of Android, and since I already covered the new features in my Google Nexus 7 (2013) Preview, let me instead ruminate for a bit on what it is that I think it important about Android. And it has nothing to do with Android, per se (well, almost nothing), and everything to do with ecosystem.

It goes like this: Virtually anything you want—any game, any app, any movie or TV, any music, any books or magazine, and much more—is available on Android. The Google Play Store has matured nicely, both in look and feel and in content selection, and if you still believe there is some weird gulf between Apple’s App Store and Play, you need to check again. This is what parity looks like. Not perfect, exact parity. But parity nonetheless.

This will be a big deal for most people, which is why I bring it up. For me, there are still some crucial Microsoft solutions I can’t get on an Android tablet. Office, obviously. Xbox Music, perhaps less obviously. But you know they’re coming, and the sheer amount of choice available on this device is amazing. Every popular music service is here. Every popular video service. The best games. The major apps. They’re all here.

Also somewhat uninteresting to me but a big differentiator, Google of course integrates its own services into the Nexus 7 in ways that would make Microsoft blush. It comes with apps for all the key Google services—duh—but it’s the way they integrate that should keep the makers of this device’s competitors up at night. Google Now I’ve already discussed, so let’s just say that it’s amazing and creepy and move on. Do a search in Chrome on your PC, then pick up the Nexus 7 and launch Chrome and there it is. Launch Google Music and get automatic Radio suggestions based on music you’ve played a lot. That kind of thing.

The beauty of Android, of course, is that you can immerse yourself in this Google stuff as deeply as you want. Or you can just ignore it: Google is so serious about keeping Android open enough that you can use their system and actually pretend that Google doesn’t even exist. You want an Amazon tablet? Load Amazon’s apps. Microsoft tablet? Load them up too (though, again, some key apps are currently missing.) It really is the Windows of the mobile world.

And for whatever it’s worth, some of the Google experiences on Android have really improved since the last time I paid attention. Google Music, for example, is now very attractive and offers an interesting Radio service that works much like Spotify or Xbox Music Pass.

The Nexus 7 isn’t perfect. The storage is non-expandable, which makes zero sense. The form factor not optimal for portrait mode/reading with that same stretched look you see on Windows tablets. There’s no built-in kickstand, as noted, and that closed captioning issue really bothers me. And the Android user experience is still basically a grid of icons, interspersed with some live data on widgets. But most of these issues will not be showstoppers for most consumers, of course.

There are some things I didn’t test, in part because I’m on vacation and in part because they’re simply not relevant to me. I’m not interested in the cameras, for example, at all. The new Android version has some functionality that may be interesting to others, like restricted profiles, a parental controls feature. It does HDMI-out, which I’ve never actually used on a device this small. And I’ve not done formal battery life tests, but I’ve been running it pretty hard and have only charged it once since first turning it on last Friday.

The pricing, as noted in my preview, is fairly amazing. A 16 GB Nexus 7 tablet costs $229, about $20 more than a Kindle Fire HD and an astonishing $100 less than an iPad mini, both of which feature much lower resolution screens (and, in the case of the Kindle Fire HD, much slower real-world performance). Move up to 32 GB and things get even more interesting: The Nexus 7 is just $269, a whopping $160 less than the $429 32 GB iPad mini. And when the LTE version (also with 32 GB of storage) ships soon, it will cost just $349. A similarly equipped iPad mini—which is hard-coded for a particular carrier and not open like the Nexus 7—costs an astonishing $559. Yes, that’s $210 more.

Nexus 7 pricing makes the iPad look ridiculous—Apple seems to find itself in this position a bit too frequently—but then so does the Nexus 7 feature set. It’s no contest. And, God help anyone trying to make the case that the only available Windows mini-tablet at the moment, the Acer Iconia W3, is any competition at all. That machine doesn’t even rate.

Given the small price differential between the 16 GB and 32 GB versions of this mini-tablet, you should at least consider the latter, especially if you’re serious about offline entertainment: Those HD movies can take up a lot of space. But most people will be just fine with the entry-level 16 GB model that I purchased, I bet.

Put simply, the Nexus 7 has redefined the mini-tablet category and raised the bar enough that it doesn’t matter whether Apple releases a Retina-class iPad mini this year or not. That device will still be far too expensive to matter, and with the Android ecosystem poised to overtake the iOS ecosystem this year once and for all, I think we can safely say that the battle is already over. Ladies and gentlemen, meet the new king of mini-tablets, the Nexus 7.