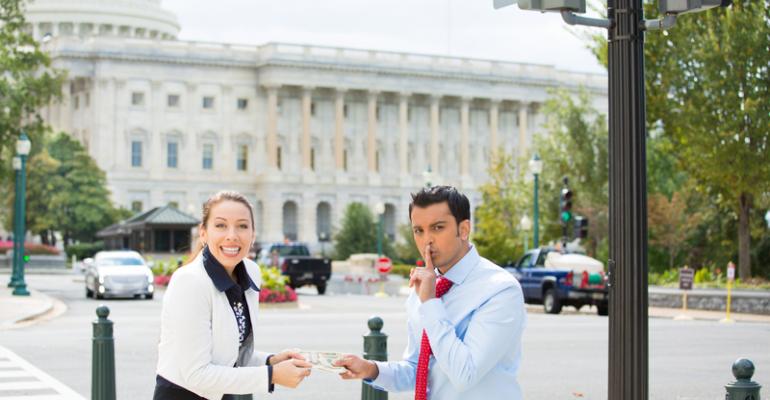 Google is the Largest Tech Lobbyist of the US Government

Consumer Watchdog, a nonprofit team dedicated to keeping track of special interests groups in Washington, has released their latest report on the top US tech firm lobbyists.

Google sits atop the list for most money spent lobbying with a little over $14 million in 2013. One, more recent disclosure, shows that Google's Susan Molinari spent almost $4 million alone to lobby for regulation of online advertising and privacy and competition issues in online advertising, among other things. For those that sway to believing Google is starting to focus on other aspects of their business, the lobbying efforts make clear that advertising is still Google's largest concern. Even more recent disclosures show that advertising is Google's biggest money generator at around 90 percent of total revenue.

Microsoft came in a close second, spending almost $10.5 million for 2013, but across the board lobbying has increased over 2012 by 15.9 percent.

Does lobbying work? In some cases it probably does, and sometimes provides an unfair advantage to those companies with the biggest bank roll. But, there are those companies that intend their lobbying for good. A recent filing by Microsoft suggests that lobbying may not be as effective as it should be. The filing shows that Microsoft spent almost $3 million to bring the company's voice to the NSA scandal and proposed reforms to be announced by President Obama. As we now know, Microsoft was not at all happy with the outcome and is taking steps to go around the US government to protect customer data and privacy.

The Office of the Clerk for the US House of Representatives actually provides a publicly accessible, searchable database for all lobbying efforts. You can actually search the database yourself using the following link: Lobbying Disclosure

Just change the Search Field to 'Registrant Name' and enter any tech company you want to research.