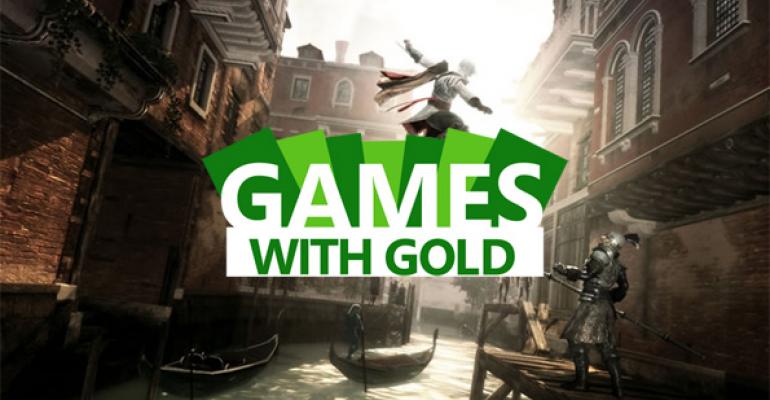 Your free Xbox 360 games this month are Defense Grid: The Awakening and Assassin’s Creed II

As you may recall, Microsoft promised at this year’s E3 conference that it would be giving Xbox Live Gold subscribers two free Xbox 360 games each month from now through the launch of the Xbox One in November. And the first of those game giveaways is now available with the second arriving on July 16.

You need to act fast, however, as each “Games with Gold” giveaway is a time-limited download. So you can download the first one from now through July 15. And then the next from July 16 through July 31.

Available through July 15, Defense Grid: The Awakening is described as “the definitive Tower Defense Strategy game that’s easy to pick up, engrossing to play, and hard to set down. Strategically place your towers on the map to prevent alien enemies from stealing your power cores.” It was originally released in July 2010 and received an astonishingly high IGN rating.

“Betrayed by the ruling families of Italy, a young man embarks upon an epic quest for vengeance. To eradicate corruption and restore his family's honor, he will study the secrets of an ancient Codex, written by Altaïr. To his allies, he will become a force for change - fighting for freedom and justice. To his enemies, he will become a dark knight - dedicated to the destruction of the tyrants abusing the people of Italy. His name is Ezio Auditore da Firenze. He is an Assassin.”

Assassin’s Creed II scored even higher with IGN, netting a review score of 9.2/10.

You can find out more about the Games with Gold program on the Xbox web site.