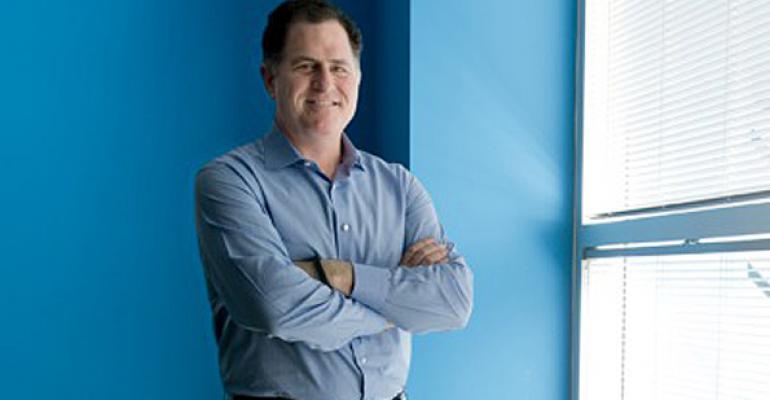 Michael Dell gets his company back

Dell this week announced that it has finalized its acquisition by company founder Michael Dell and Silver Lake Partners and is commencing the process to delist its shares from NASDAQ. The deal to make Dell private is valued at approximately $25 billion and will usher in a new era for the world's third-biggest maker of PCs.

"Today, Dell enters an exciting new chapter as a private enterprise," Mr. Dell said in a prepared statement. "Our 110,000 team members worldwide are 100 percent focused on our customers and aggressively executing our long-term strategy for their benefit."

More interesting, perhaps, is Mr. Dell's private message to employees. "This was a long and challenging journey, but we made it, and it was totally worth it," he wrote. "We have the right strategy, financial strength, and now the freedom to accelerate our investments where we know we can win. I’m asking each of you to approach your job with a renewed sense of purpose and excitement. We can’t be stopped."

Looking forward, Dell will refocus the firm around PCs and tablets, enterprise services, and emerging markets. But while much of the PC industry is looking to new consumer electronics markets to push growth, Mr. Dell says there's plenty of life left with the PC.

"We've always viewed [PCs] as a business that's got a life cycle to it," he said in an interview with Forbes. "Growth is in new areas, and it's a business you've got to manage very efficiently from a cost structure. It's still a great way to get into new customers."

Dell's road from public to private was a rocky one. Mr. Dell and Silver Lake announced their intention to buy out Dell in February. So-called activist investor Carl Icahn muddied the water for months and tried to scuttle that deal by insisting that the company—which he suddenly owned a large chunk of—was worth more than the original $13.65-per-share offering. Over time, Mr. Dell raised his offer to $13.75 per share and added a 13-cent-per-share dividend payment, and Icahn eventually crawled back into whatever lair he calls home. Shareholders approved the deal on September 12.

Ultimately, this victory is a personal one for Mr. Dell, who infamously started the once-innovative PC maker in his college dorm room.

"I will care about the company after I'm dead," he said. "I love this stuff. It's fun for me. I couldn't be more thrilled to have control over my own destiny in a way that is not possible as a public company."