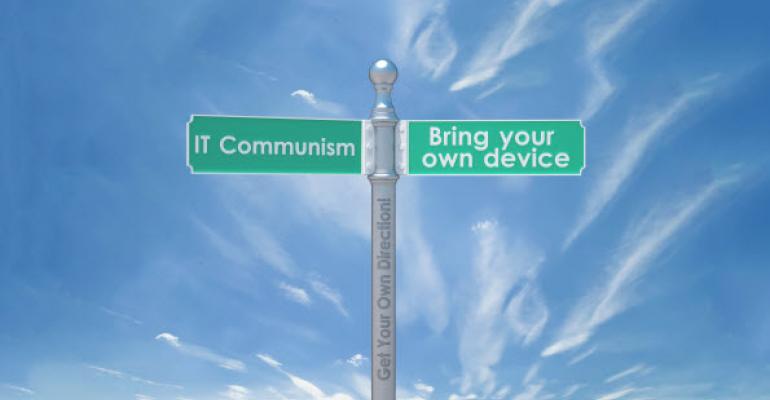 Are App Store Numbers Reports Good or Bad for BYOD?

Right before last weekend, there were reports bantered about concerning the number of apps in the Windows Phone App store. After sifting through them, I immediately posted the following to Twitter, which garnered some attention from retweets, favorites, and such:

I said that because it's true and why people (industry nuts) don't get it, is beyond me.  In equating success to raw numbers of apps, they are helping lead the consumer in the wrong direction. As a journalist with an online voice, there should be an inkling of responsibility that seems to get trash-canned pretty regularly. I'm assuming the reason is simply to get attention and increase traffic, which appears to be the driving factor for most reporting these days. Make the title eye-catching and the content controversial and folks can't help but look, turning readers into the online equivalent of rubberneckers. And, unfortunately, the more controversial the content, the less chance there's anything factual contained within, though if it's on the Internet there are those that will believe all of it. It reminds me of the current State Farm commercial:

Woman: "I thought State Farm didn't have all those apps"

Woman: "The Internet. They can't put anything on the Internet that isn't true."

Then, she goes on to say she has a date with a French model, who turns out to be anything but. But…she met him on the Internet, right?

Over the weekend, Paul Thurrott hit on something I've been complaining about for a long while, but I'm not sure he went far enough. In 145,000 Windows Phone Apps, his subtitle "It's not the quantity, it's the quality" was spot on. Android and iOS are not leading the smartphone market due to the number of apps they have catalogued in their respective stores. iOS is successful because of the people that like fashion over function and due to Apple's accessory and iTunes ecosystem where they lock you in. Android is winning the smartphone market because they afford manufacturers the ability to produce lower priced phones with lots of function.

I've used both Android and iOS, and, to be clearly honest, I now use Windows Phone 8 on the HTC 8X due to choice. As a user of all three OS's, I speak from honest experience when I say "it's not the number of apps that make a platform successful."

But, let's break it down just a bit into a more manageable chunk. I'll use Google Play for the example.

In Paul's article, he says that Google Play has over 700,000 apps. What exactly does 700,000 get you? If you jump out to Google Play and search using the word "fart", you get a result of at least 1,000 apps, meaning even Google can't really determine how many fart-related apps it contains in the store.

Do another search. This time search for "sexy girls." Again, Google shows results indicating that there are at least 1,000 apps related to the topic.

There's a couple things to note about this. Not only can Google not figure out exactly how many apps there really are related to the topics (keep in mind, this is from the leader in online search), but one has to wonder what the standard is for a quality app. As someone who may be in the midst of a BYOD rollout, allowing end-users to utilize their personal devices should scare you. How long before a fart board or hi-rez girlie photo app results in legal action against your company?

OK. Those are some extreme examples, for sure. Let's search for something a little more useful: weather apps. Searching, using the term "weather," once again Google has no idea how many actually exist. Once again, there's at least 1,000, probably more.  But, there's something else in the list of results of which you should take note, and that's this: how many weather apps do you really need? And, how many different versions of the same weather app are being included in the overall app number being used to tout platform success? Just a quick glance at the results in the screen capture below shows two different versions of WeatherBug (free and Elite) and two different versions of AccuWeather (free and Platinum).

Associating platform success to the number of app store apps is ridiculous. The numbers are bloated and inaccurate due to multiple versions of apps. And, when it comes to quality…well, let's just consider that quality does not necessarily mean that the app looks slick, has a neat interface, and performance is stellar. Instead, let's tie this to the business for a second. Clearly, only about a 3rdof the apps (probably a lot less than that, I'm being generous) can be considered even remotely business related. Obviously, the majority of apps have been developed for the general consumer. But, keep in mind that as BYOD grows, those same general consumers, utilizing their consumer-oriented devices, loaded with consumer-oriented apps, are infiltrating the corporate walls like a virus. Security, privacy, pending legal issues, and the consumer-app infection, make BYOD look a lot less appealing and COPE a lot more viable.

I've covered both BYOD and COPE in recent articles and the more I see, hear, and read, COPE just makes better sense. I spoke with an individual late last week who has been following the BYOD vs. COPE coverage here and in that instance, eyes were opened and COPE has now been entered into the mix of possibilities, where before, BYOD was the only thing they had heard about. So, now they have options. The business gets to choose what makes sense for them instead of allowing a money-hungry industry dictate business policy.

If you have missed the coverage, read through the following articles:

BYOD versus COPE: The results so far

OK, this is not to say that the same isn't true of Windows Phone. There's just as many crap-apps in the Windows Phone store and as the app numbers grow you can be sure that the iOS, Android, and Windows Phone stores will look almost identical in content. But, let's step back and stop touting app numbers for success like it's the ultimate goal. Let's stop using the "my Dad is bigger than your Dad" mantra. Let's do something sensible, like Paul did in his article, and compare app to app to determine which platform offers the most value – particularly for the business.