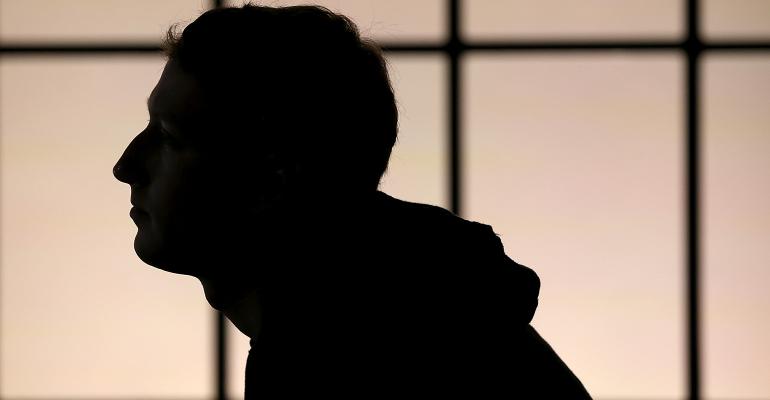 The takeover of Instagram, which now has 1 billion monthly active users, is seen by some as a deal that shouldn’t have been allowed by the FTC because Instagram posed a real threat to Facebook’s social media dominance.

(Bloomberg) -- Mark Zuckerberg tried to knock down criticism that Facebook Inc.’s acquisition of Instagram harmed competition and should have been blocked by U.S. antitrust enforcers.

The Facebook chief executive officer told investors Wednesday that Instagram at the time of the 2012 deal wasn’t a true competitor to the social media giant and that it only grew to what it became today because of Facebook’s resources.

“I know it can be really hard given how well things have gone to look back and remember what the world was like at the time that we made this acquisition,” he said on the company’s earnings call, “but our outlook was really different then and the outcome was not at all guaranteed.”

That’s the case Facebook will have to convincingly make to the U.S. Federal Trade Commission as the agency investigates whether the company has violated antitrust laws. One of the issues the FTC is examining is whether Facebook’s acquisitions squelched competition by eliminating emerging rivals.

The takeover of Instagram, which now has 1 billion monthly active users, is seen by some as a deal that shouldn’t have been allowed by the FTC because Instagram posed a real threat to Facebook’s dominance in social media. Facebook will need to show it wasn’t. That’s the argument Zuckerberg outlined on the earnings call. Instagram only had 30 million users at the time and a lot of other competitors, he said.

The FTC knew this at the time, Zuckerberg said.

“I set a goal that we hoped that one day Instagram might reach 100 million people, and I know that that seems quaint today compared to how well it’s done, but remember that a lot of the other services that were Instagram peers and were growing quickly at the time” don’t exist anymore, he said. “The FTC had all this context when they made this decision in 2012.”