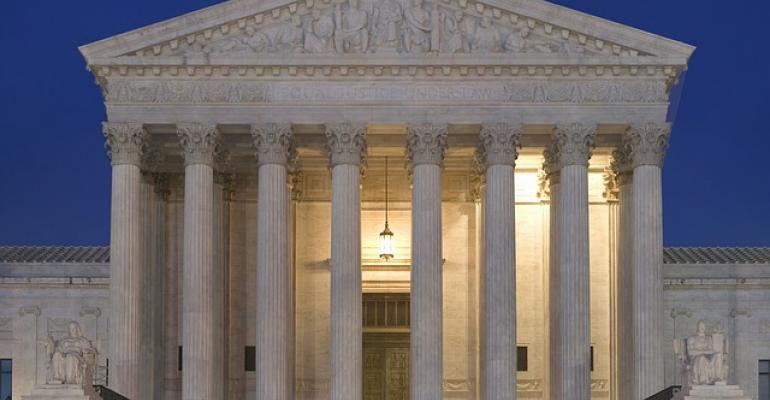 The order, first reported Friday by Bloomberg News, instructs federal antitrust agencies to open probes into the practices of tech giants like Alphabet Inc.’s Google and Facebook Inc. That would challenge the traditional independence of the Justice Department even if investigations were warranted, several antitrust experts said.

Courts may also interpret the order’s novel treatment of “bias” as a form of consumer harm as impermissible government regulation of political views under the First Amendment, if the term is taken to mean political leanings, they said.

“It is less an executive order than it is part of the ongoing ritual maiming of tech that has consumed Washington for over a year,” Larry Downes, project director at the Georgetown Center for Business and Public Policy, said in an email. If signed, he added, the order would mean nothing to the statutorily independent Federal Trade Commission, which shares responsibility with the Justice Department for antitrust enforcement.

The order is in its preliminary stages; the draft obtained by Bloomberg contains notes in red on possible changes to the text. One White House official said it hadn’t yet been run past other government agencies, and a White House spokeswoman, Lindsay Walters, said it wasn’t even a product of an official policy-making process. But if it’s eventually signed, the document would represent a significant escalation of Trump’s antipathy toward social media companies.

Trump has accused Facebook, Google and Twitter Inc. of silencing conservative voices and news sources online. Ordering federal antitrust agencies to investigate the companies would be a natural next step for a president who’s already been accused of trying to politicize law enforcement by criticizing the Justice Department’s handling of an investigation into Russian interference in the 2016 election and his campaign’s involvement.

And he has previously weighed in on antitrust enforcement -- his pledges to stop AT&T Inc.’s takeover of Time Warner Inc. created headaches for regulators before they sued to block the deal. He has also criticized the Federal Communications Commission for thwarting Sinclair Broadcast Group Inc.’s attempt to purchase Tribune Media Co.

A Facebook spokeswoman said Saturday the company had no comment on the order. Google and Twitter didn’t respond to emails and telephone calls requesting comment. The companies have repeatedly rejected claims they slant their content based on politics, or that they engage in anti-competitive behavior.

While some of the firms have conceded that their enforcement of prohibitions against online harassment has sometimes led to punishment of political figures on both the right and left, they say those mistakes have been corrected when brought to their attention.

Attorney General Jeff Sessions is preparing for a Sept. 25 briefing by state attorneys general investigating the tech firms’ practices. Sessions is considering a possible investigation of the companies over privacy concerns and accusations they’re silencing conservative voices. They’ve faced criticism from both the right and left that they abuse their market power.

The possibility that an executive order would rely on antitrust reasoning to attack social media companies for political viewpoints, which are protected under the First Amendment, worried several experts. Political bias isn’t considered an indicator of anti-competitive behavior, they said.

“This type of directive from the White House could be extremely dangerous because it incorrectly associates bias with competition,” Gene Kimmelman, president of the policy group Public Knowledge and a former Justice Department antitrust lawyer, said in an email. He added that “it is totally appropriate for agencies to evaluate whether online platforms have excessive market power and are therefore dangerous to competition.”

But Hal Singer, a senior fellow at at the George Washington Institute of Public Policy, said he didn’t interpret the word “bias” in the order as necessarily meaning political bias. Rather, he said it may refer to accusations that the tech companies have used their platforms to point users toward their own products and services.

“Tell me where in the executive order you can locate a kernel of the political speech idea," he said. “This is purely about competition."

Google in particular has frequently been accused of bias in search results. It was investigated by the FTC, though the case was closed. The European Union fined the company 2.4 billion euros last year for skewing search results to favor its own shopping site.

Past presidents have issued antitrust instructions to agencies. President Barack Obama told federal agencies in a 2016 executive order to promote competition and pro-consumer measures. President Theodore Roosevelt famously sought to use the might of the government to break up monopolies.

According to his biographer Robert Caro, President Lyndon Johnson in 1963 won a promise of support from the Houston Chronicle by threatening to block approval of a merger between two Houston banks, one of which was led by the newspaper’s president.

But Trump could be perceived as ordering antitrust agencies to target his political enemies, said Michael Kades, a former FTC attorney who’s now director for markets and competition policy at the Washington Center for Equitable Growth.

“Although I am confident that the DOJ and FTC will conduct investigations without political bias, the president’s own words undermine their perceived legitimacy and make it more difficult for the agencies to do their job,” Kades wrote in an email.

And even if Trump never signs the order, or no investigation is ever opened, the threat could cause the tech companies to change their behavior in ways that don’t help consumers.

“If the net result is that they start artificially promoting conservative voices because of what the Department of Justice is doing and what the White House has done, I think that would be inappropriate,” said Daniel Castro, vice president of the Information Technology and Innovation Foundation and a former IT analyst at the Government Accountability Office. His group includes representatives of technology companies on its board.

Biden Energy Chief Says Cyber Rules May Be Needed for Pipelines
May 20, 2021