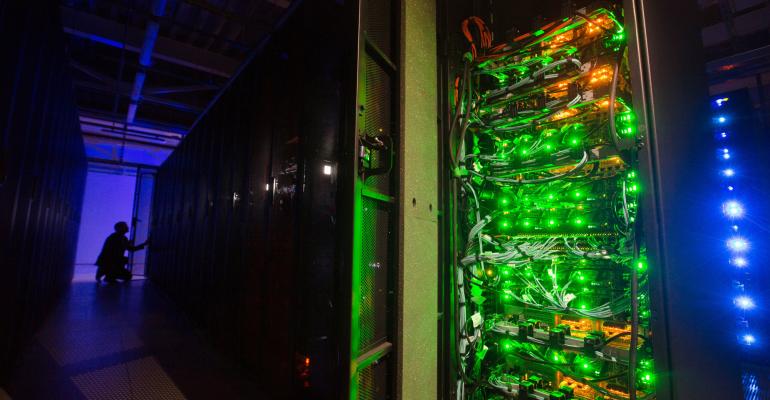 The tech industry takes on the Trump administration at the U.S. Supreme Court Tuesday in a high-stakes clash over digital privacy and government access to information stored on overseas servers.

(Bloomberg) --The tech industry takes on the Trump administration at the U.S. Supreme Court Tuesday in a high-stakes clash over digital privacy and government access to information stored on overseas servers.

At issue is whether federal and state law enforcement officials can use a decades-old law to demand user emails and other data held abroad by domestic companies including Alphabet Inc.’s Google and Microsoft Corp.

The case calls on the justices to decide how a law older than the World Wide Web itself applies in the era of cloud computing. What they say could have sweeping consequences -- that is, unless Congress acts on pending proposals to overhaul the law and set out a more nuanced approach.

“The court is presented with two pretty stark choices,” said Jennifer Daskal, a professor at American University’s Washington College of Law. There are “problems with either side winning,” she said.

The case stems from a federal effort to use the 1986 Stored Communications Act to get emails from an unidentified account kept on a Microsoft server in Ireland. The government, which says the emails would show evidence of drug trafficking, got a search warrant in 2013. Microsoft refused to turn over the information, deciding to fight the matter in court instead.

Beyond U.S. Borders
Microsoft says the government is improperly trying to use the 1986 law in a foreign country. The Supreme Court is generally loath to say a federal law applies beyond the U.S. borders.

The government is trying to “unilaterally reach into a foreign land to search for copy and import private customer correspondence physically stored in a digital lockbox on a foreign computer where it’s protected by foreign law,” said Joshua Rosenkranz, the lawyer who’ll will argue the case for Microsoft.

The Trump administration, which inherited the case from President Barack Obama’s legal team, says it’s not trying to apply the U.S. law overseas. Officials served the warrant on Microsoft at its headquarters in Redmond, Washington, and disclosure of the email content would occur domestically as well, U.S. Solicitor General Noel Francisco said in court papers.

The law “focuses on disclosure, and the disclosure of records from Microsoft to the government would occur in the United States,” Francisco argued.

Microsoft stores email content at more than 100 data centers in more than 40 countries. The company says it uses so many sites for the sake of speed, putting users as close as possible to their data.

Most Frequent Location
At the time of the search, Microsoft’s policy was to store email content in the data center nearest to the customer’s self-declared country of residence. The company has since changed its system so that it relies on the user’s most frequent location.

Other companies store their data differently. Google breaks files into pieces that get stored separately and are constantly being moved from place to place. Google, Apple Inc. and Amazon.com Inc. are among the many tech companies supporting Microsoft.

Business groups say a ruling in favor of the government would prompt users to shun U.S. cloud service providers in favor of foreign-based companies that could offer stronger privacy protections.

Privacy advocates also say such a ruling would invite reciprocity by foreign governments, putting the data of American users at risk from those governments even if it’s held on servers in the U.S.

“If we say our process works abroad, you can bet that the rest of the world is going to say its process works here,” said Greg Nojeim, senior counsel at the Center for Democracy and Technology in Washington.

The Trump administration says the consequences would be greater if the U.S. were to lose. Although the government would still be able to invoke treaties with some nations to get legal help, the administration says those cover less than half the world’s countries and often mean a “slow and uncertain” process.

States also can use the Stored Communications Act, and 35 of them -- though not tech-heavy California or Microsoft’s home state of Washington -- filed a brief backing the federal government.

“The business decisions of private corporations should not control whether law enforcement can obtain evidence of crimes committed in their jurisdictions,” the states argued.

The all-or-nothing nature of the Supreme Court dispute is one reason people on both sides are urging Congress to step in, possibly even before the court can rule.

A bipartisan proposal known as the Clarifying Lawful Overseas Use of Data Act, or Cloud Act, has support from both Microsoft and the Justice Department. It would make clear that U.S. warrants apply around the world, while also setting up a new process for providers to challenge warrants. The law also would put in place new rules for American companies when they receive information requests from foreign governments.

“The court doesn’t have the tools to figure out the best balance,” said Rosenkranz, the lawyer for Microsoft. “It’s a policy decision that requires a scalpel, and all the court has is a meat cleaver.”