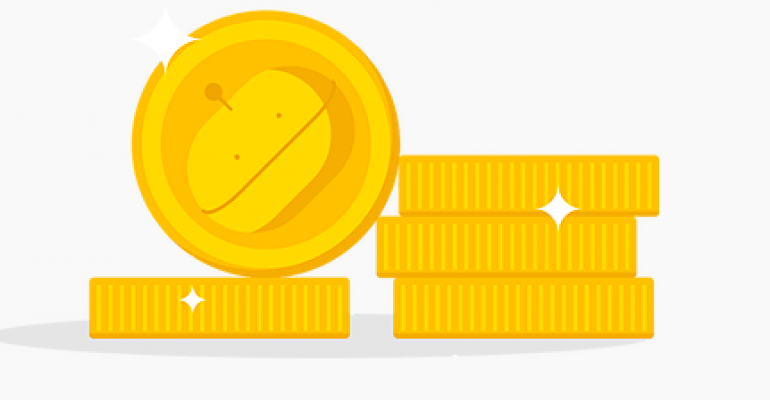 While the cryptocurrency mining service is aimed at making the process simple and affordable for consumers, cryptomining has become a key target for cybercriminals.

The mining of cryptocurrencies during the past several months has become the cybercrime of choice of many attackers, who use malware to infect vulnerable PCs and use their compute power to drive the attacker’s cryptomining activities. A broad array of security firms--including Cisco Talos, Check Point, McAfee and GuardiCore--have noted that cryptomining malware has overtaken ransomware as the key threat from bad actors.

However, while stealing PC compute power from unwitting users is a crime, mining for cryptocurrency isn’t. Indeed, a growing number of companies sell products designed to help people do this work, including some that are offering cryptocurrency mining services. Argo, a year-old startup that just officially launched and announced plans to list itself on the London Stock Exchange, is the latest company to join this space. The company is a venture with footprints in both the United Kingdom, where it has it headquarters, and Canada, where its data center is located.

According to Argo founders Jonathon Bixby and Mike Edwards, there is growing interest in the general population in mining cryptocurrencies, including not only the well-known Bitcoin but others like Ethereum and Monero. However, not many people have the money or expertise to act on this interest.

“What we’re trying to do is bring cryptomining to the mainstream and allow people who previously haven’t had access,” Bixby said during a recent television interview in London. “[They have] probably read about mining or crypto in the papers, but haven’t had access to actually mine ... with a very, very simple interface.”

The problem, Bixby said, is that on the back end are servers “that are trying to what’s called ‘hash out an algorithm.’ If you hash out the algorithm correctly, you get a token or a piece of a token. The challenge with it is you have to be very, very technical to understand how to set that computer up. The other challenge is those computers are very expensive.”

It’s unlikely people will pay the thousands of dollars upfront to buy the computers they need, much less get them running or pay for their operations, he said.

“There is a pent-up demand for a lot of people to want to mine, but the reality is you don’t have the money for the computer,” Bixby said. “Even if you buy the computer, you’re not setting it up, and when you set it up, it’s too expensive to run.”

Through Argo’s mining-as-a-service (MaaS) offering, the company takes on the costs and challenge of the infrastructure and lets customers access that infrastructure through a monthly subscription service, essentially enabling them to get up and mining within a few minutes. At the beginning, the service will let customers mine four cryptocurrencies--Bitcoin Gold, Ethereum, Ethereum Classic and Zcash--that, Edwards said, are stable and have large market caps.

Being able to provide that range of options is why the company is using servers with graphics chips rather than ASICs, which are essentially aimed at Bitcoin. GPUs can be used to mine multiple coins, giving customers choice, Bixby said. Both Nvidia and AMD in recent quarters have seen their revenues grow in part because their GPUs are being bought for cryptomining, an indication that mining cryptocurrencies is popular among users. Another indication is that, as part of an early marketing campaign, Argo created a waiting list for people interested in the service. More than 50,000 people are on the waiting list, which had to be closed a couple of months ago because of the demand, Edwards said.

However, there also is demand for cryptomining among cybercriminals, according to security experts. They have attributed the shift to a number of factors, including how easy it is to do and the fact that it’s less “noisy” than higher-profile attacks like ransomware--allowing the threat actors to run under the radar. In addition, cryptocurrency mining malware is more difficult to detect.

“People are backing off on ransomware,” Craig Williams, senior technical leader and global outreach manager for Cisco Talos, told a small group of journalists during an interview at Cisco Live this month. “It’s super high-risk, and people aren’t paying anymore, so unless you’re government or medical, most exploit kits are moving into cryptomining. Cryptomining is not considered as heinous by the FBI, they don’t pursue it as aggressively. … It’s significantly less damaging, and as long as the cryptocurrency markets remain high, ASICS-resistant cryptocurrencies like Monero are very, very attractive targets for malicious software authors. You can make about 25 cents a day off infecting a home machine with a Monero miner. You multiply that by tens of thousands or hundreds of thousands of machines, figure you’re going to have it compromised for the majority of a year--maybe two years if you’re lucky--it’s a significant payout for the bad guy.”

Williams noted that he knows of a number of people who have made a lot of money through legitimately mining cryptocurrencies, but said that while it’s happening in the general population, it’s not prevalent--and he’s doubtful it will grow widely. Business executives he’s spoken with are opposed to it and will block mining from their computers. In addition, some tech companies are putting the brakes on it. Apple recently updated its developer guidelines to prohibit apps used for mining coins by banning apps that use too much power or generate too much heat.

Williams said he expects that mining won’t grow in popularity to a great degree among consumers because as more cryptocurrencies hit the market, it will slow interest in investing in it. That said, it will continue being a target for cybercriminals.

“Most cryptocurrencies, as more and more people mine it, will become less attractive and will eventually burn out,” he said. “But, in the short term, people are going to keep doing it, especially as people keep inventing new cryptocurrencies that seem to keep taking off. Monero’s relatively new, [and] it will be around for years to come. And if there happens to be a new one that focuses on security and privacy and making transactions opaque, it’ll catch on, as well, potentially. If it does, that will be another few years of mining cryptocurrency.”