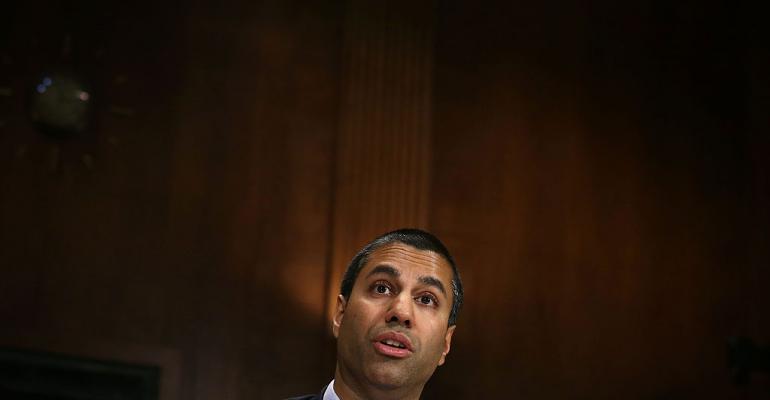 (Bloomberg) -- Regulators have concluded that at least one wireless carrier apparently violated U.S. law by improperly disclosing consumers’ location data, the chairman of the Federal Communications Commission said in a letter Friday.

Republican FCC Chairman Ajit Pai didn’t identify any company in the letter to lawmakers, and said the agency will consider levying a punishment that he also didn’t specify.

“I wish to inform you that the FCC’s Enforcement Bureau has completed its extensive investigation and that it has concluded that one or more wireless carriers apparently violated federal law,” Pai wrote separately to 11 House Democrats.

The lawmakers in November accused the FCC of failing to protect consumers’ privacy, and said that major wireless carriers were disclosing real-time location to data compilers without consumers’ consent or knowledge. The information could be obtained by companies including bounty hunters, the lawmakers said in a letter.

FCC Democratic Commissioner Jessica Rosenworcel said “it’s a shame that it took so long” for the agency to act.

“For more than a year, the FCC was silent after news reports alerted us that for just a few hundred dollars, shady middlemen could sell your location within a few hundred meters based on your wireless phone data,” Rosenworcel said in an emailed statement “It puts the safety and privacy of every American with a wireless phone at risk.”

“Upon hearing allegations of misuse of the data, carriers quickly investigated, suspended access to the data and subsequently terminated those programs,” CTIA said in an emailed statement.

Carriers including AT&T Inc. and T-Mobile US Inc. came under public scrutiny after Motherboard reported last year that the carriers sold subscribers’ geolocation data to third-party companies, including Zumigo Inc., which provides location data services. The companies have since told the FCC that they stopped selling subscribers’ data.

Pai in his letter said he intends to seek a vote by fellow commissioners on a possible fine of the companies.

Tina Pelkey, an FCC spokeswoman, declined to elaborate saying the agency would let Pai’s letter speak for itself.