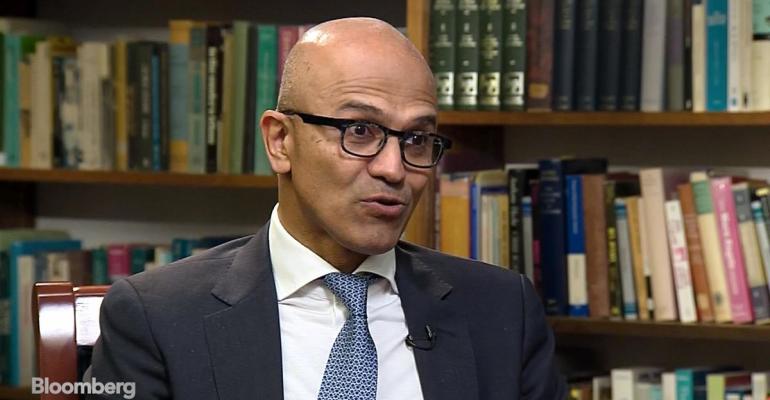 “We hope that there’s more of a national privacy law,” Nadella said in an interview Wednesday with Bloomberg News at the U.S. Naval Academy in Annapolis, Maryland, where he discussed leadership with midshipmen.

Tech companies are already facing tough new European privacy rules that went into effect in May, while California passed a strict data privacy law in June. A national law is preferable to legislation forged by individual states and would reduce “transactional costs” to the benefit of companies large and small, Nadella said.

His comments reflect growing ferment around privacy following failures by tech companies. Senator John Thune, a South Dakota Republican and the chairman of the Senate Commerce Committee, said at a hearing earlier Wednesday that Congress is contemplating privacy legislation.

“It is increasingly clear that industry self-regulation in this area is not sufficient,” Thune said in prepared remarks.

At a September Senate hearing, executives of big tech companies told Congress that they favor new federal consumer safeguards. Apple Inc. suggested its own privacy concepts be incorporated into legislation.

AT&T Inc. and Verizon Communications Inc., the nation’s biggest telephone companies, have publicly urged lawmakers to draw up one set of national consumer privacy rules. The carriers, which have operations in every state, fear that a lack of comprehensive legislation will create inconsistent rules across the country.

Nadella in the interview also addressed cybersecurity issues, and said Microsoft wasn’t affected by a hack that Bloomberg Businessweek reported involved tampering in China of critical technology components bound for the U.S.

“We’re very confident that we have no exposure,” Nadella said.

Under Nadella, Microsoft is confronting issues such as whether restraints are needed on emerging artificial intelligence products, and how to stop computer-enabled election interference. At the same time, the Redmond, Washington-based software giant is trying to land a major defense contract.

Microsoft on Tuesday said it’s on track to catch up with Amazon.com Inc. by obtaining top federal security authorizations early next year. That could bolster the company’s position in a winner-take-all competition for a multi-billion-dollar cloud computing contract from the Pentagon. Amazon Web Services already holds the required security certification.

Tech companies are preparing to submit bids, due Friday, for the contract that could last as long as 10 years and be valued at as much as $10 billion.