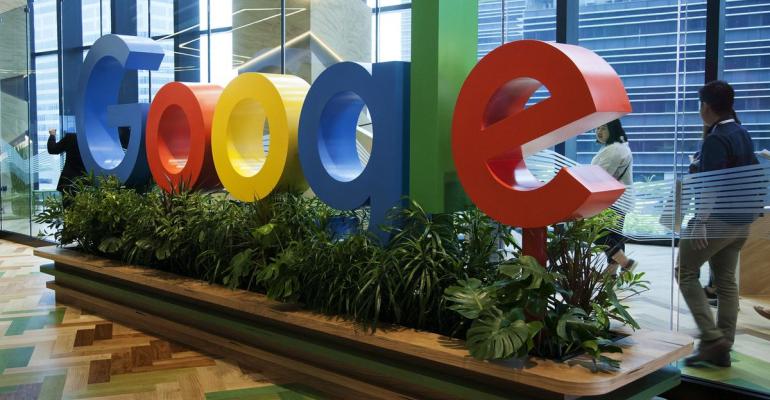 The European rulings are starting to stack up, hurting Google’s ability to fight future court cases over how far it should go to delete links.

(Bloomberg) --Google’s effort to rein in the so-called right to be forgotten has taken a hit after U.K. and French judges said the reputation of businessmen tarnished by old news stories about improper conduct trumped the public’s need to know.

Google was told by a London judge on Friday for the first time to remove links to older stories about a businessman’s criminal conviction from search results. The decision follows last month’s ruling by a French court about a former chief financial officer whose job prospects were hampered by stories about a fine for civil insider-trading violations.

The European rulings are starting to stack up, hurting Google’s ability to fight future court cases over how far it should go to delete links. It comes amid a storm of European criticism over U.S. technology companies’ ability to protect user privacy. Facebook Inc. is embroiled in a scandal over revelations that the data of tens of millions of people was improperly shared with a political consulting firm.

"It means even more work for Google," said Jon Baines, the data protection adviser at London law firm Mishcon de Reya. "They will have to give even more intense scrutiny to the facts of an application for delisting.

In the U.K. ruling, Judge Mark Warby said 11 articles related to the businessman should be delisted by Google.

“The crime and punishment information has become out of date, irrelevant and of no sufficient legitimate interest to users,” Warby said. A second businessman failed in his bid to have links to articles taken down about a more serious crime.

The Alphabet Inc. unit must remove information about a person on request if it’s outdated or irrelevant under a 2014 European Union top court ruling. The original EU court ruling, however, failed to outline clear terms for when the search engine should remove information and the U.K. decision may be the first from a major court that effectively ruled that criminal conduct can be erased.

“We work hard to comply with the Right to be Forgotten, but we take great care not to remove search results that are in the public interest and will defend the public’s right to access lawful information,” Mountain View, California-based Google said in a statement.

The court refused to award damages to the businessman, saying Google took reasonable care in the case.

The two men, who can’t be identified because of a court order, had asked that links to information on their old convictions be taken down. Under English law designed to rehabilitate offenders, those convictions don’t have to be disclosed to potential employers and can effectively be ignored.

The businessman, known as NT2, was imprisoned for six months in the early part of this century after authorizing an investigations firm to conduct computer hacking and phone tapping to find out who was engaged in hostile activity against his company. "His past offending is of little if any relevance," Justice Warby wrote. "There is no real need for anybody to be warned about that."

The judge considered the businessmen’s current conduct as part of his ruling.

“The situation as it is now can potentially influence whether the information is still relevant," Baines at Mishcon de Reya said.

But courts throughout Europe are likely to interpret the right to be forgotten in different ways.

In last month’s French ruling, Paris judges said that Google had to reduce the visibility of stories about a former chief financial officer at a French company who was fined 200,000 euros ($247,000) for civil insider-trading violations.

The judges said the right to privacy should prevail after laying down a series of benchmarks including impact on work and family life that dictated whether results should be easily available. The ruling pointed out that this father-of-four didn’t profit financially from the violations and was at risk of losing his job again unless the articles were brought down in search results with his name.

“Given his family situation, the loss of his job would cause him a very serious prejudice, especially given that it took him nearly two years to find a new job,” the judges said. In those circumstances, “the public interest in having information with his name about this case doesn’t prevail.”

Jonathan Coad, a media lawyer at Keystone Law in London, said there’s an inherent problem with the degree of latitude each EU country will have in implementing the right to be forgotten.