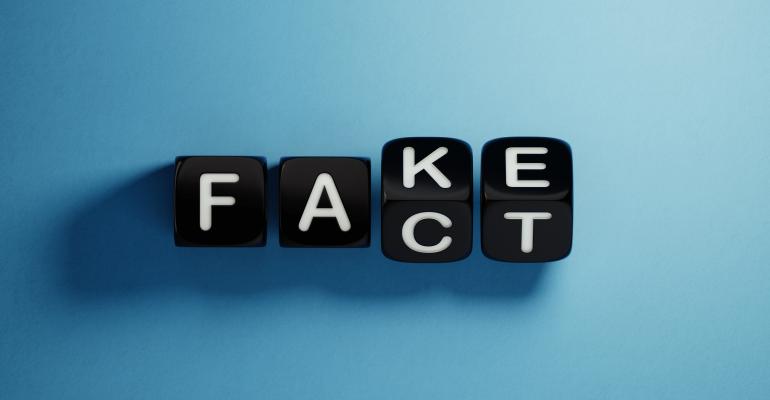 One of the biggest challenges tech companies face is how to handle the rise of manipulated audio and video clips, or so-called deep fakes, as well as disinformation spread by actual political candidates.

(Bloomberg) -- Google, Facebook Inc. and Twitter Inc. need to continue to boost efforts to combat disinformation on their platforms, the European Union said, as it repeated warnings it could introduce legislation.

The companies’ actions helped limit interference in the European Parliament elections in May and provided greater transparency around political ads, the European Commission, the bloc’s executive body said. But large-scale automated propaganda and disinformation persist and more work needs to be done, it added.

“We cannot accept this as a new normal,” EU Commissioners Vera Jourova, Julian King and Mariya Gabriel said in a joint statement.

The commission on Tuesday published the last of its regular reports monitoring companies’ efforts to abide by a voluntary code of conduct to fight disinformation agreed ahead of the European parliamentary elections in May. The EU said progress varied a lot between the signatories.

Facebook, Twitter, Alphabet Inc.’s Google and other tech and advertising companies last fall pledged to commit to policies that prevent advertising around disinformation and to prioritize authentic information, among other efforts. In May, Microsoft Corp. also signed up to the code.

Tech companies, and Facebook in particular, have come under intense pressure in the U.S. and Europe in recent years over whether Russians had spread disinformation across the platforms to influence the 2016 U.S. presidential election and the U.K.’s Brexit vote.

The EU said there is “an urgent need” for online platforms to establish meaningful cooperation with a wider range of independent researchers and grant them access to data.

The EU’s warning comes as campaigning picks up in the U.S. ahead of the presidential election next year. One of the biggest challenges tech companies face is how to handle the rise of manipulated audio and video clips, or so-called deep fakes, as well as disinformation spread by actual political candidates.

Facebook, already under fire from some lawmakers and U.S. presidential candidates for its policy against fact-checking speech from politicians, is now facing pressure from hundreds of employees who are concerned the social media giant is letting politicians lie in ads.

The commission said it would present a report on the 2019 elections to the European Parliament in the coming months and, on that basis, publish a comprehensive assessment early next year before deciding on any legislation.