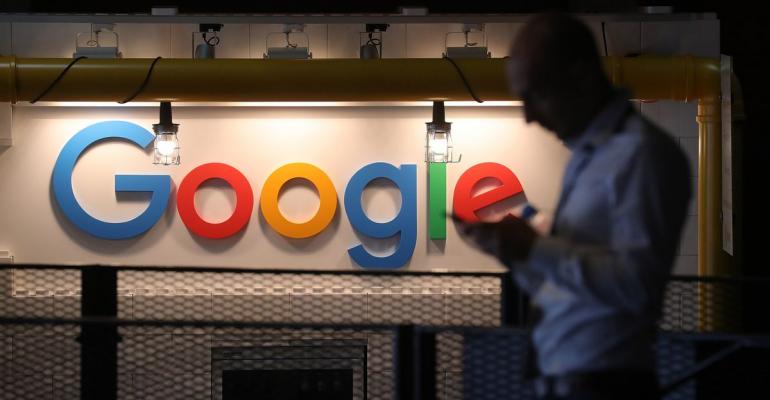 The companies had good reason to up their influence game: They face a so-called techlash of greater congressional and regulatory scrutiny after repeated privacy breaches and disclosures that Russia used social media platforms to distribute propaganda meant to influence the 2016 presidential election.

Alphabet Inc.’s Google unit spent more than $21 million to influence Washington, according to federal disclosures, in a year when its chief executive officer, Sundar Pichai, made his first appearance before Congress. The search giant, which spent $4.9 million in the last three months of the year, according to a Tuesday filing, beat its previous record of more than $18 million from 2017.

Amazon.com Inc. reported spending $3.7 million in the fourth quarter, bringing its total to $14.2 million for the year, more than the record $12.8 million the company spent in 2017.

Although the online retailer has faced less ire in Washington than Facebook and Google, it’s had its share of criticism, including allegations by Trump that it doesn’t pay its fair share of U.S. Postal Service costs to deliver its packages.

When including spending by Microsoft ($9.5 million) and Apple ($6.6 million), the industry’s Big Five shelled out $64.3 million to fight numerous legislative and policy battles in 2018. The companies had good reason to up their influence game: They face a so-called techlash of greater congressional and regulatory scrutiny after repeated privacy breaches and disclosures that Russia used social media platforms to distribute propaganda meant to influence the 2016 presidential election.

Industry critics also say some tech companies have grown too big and too powerful, leading to suggestions by politicians and organizations, on the left and the right, that the companies be broken up.

Google usually leads the tech sector in lobbying outlays and often is among the top-spending companies overall in Washington. Pichai was called to testify before a congressional committee in December to answer allegations that the company’s search and news algorithms are biased against conservative opinions, a view President Donald Trump has echoed.

Pichai also faced questions about privacy, antitrust and the company’s possible use of a censored search engine to gain access to the Chinese market.

The company’s global policy chief, Karan Bhatia, who joined Google in June, is considering a shakeup of the Washington lobbying shop amid the backlash. He is said to have circulated an organizational chart with blank boxes for all the positions reporting to him. Google’s longtime Washington director, former Representative Susan Molinari, a New York Republican, resigned at the end of 2018, although she remains in an advisory role.

Bhatia’s challenges include responding to possible U.S. antitrust scrutiny, tough new privacy rules in California, a bipartisan congressional push for a new law to protect consumer privacy and attempts to make tech companies responsible for the content disseminated by their services.

Facebook’s Washington office also has undergone a shakeup, including the firing in November of a Republican public-affairs firm. It had distributed information on financial ties between the company’s critics and prominent Jewish philanthropist George Soros, which some Soros aides interpreted as an anti-Semitic attack.

In April, soon after a scandal involving Cambridge Analytica, the political consulting firm that acquired the data of millions of Facebook users without their consent, Zuckerberg endured a marathon grilling before congressional committees.

That month, the social-media giant tapped Kevin Martin, a Republican and former chairman of the Federal Communications Commission, to head its Washington operations. The company has faced calls to oust other top executives, and is in the midst of a Federal Trade Commission inquiry into the Cambridge Analytica matter.

In the fourth quarter, Facebook lobbied on issues including cyber security, privacy, government surveillance and immigration, according to the filings.

Amazon increased its Washington presence with the November announcement that it would build one of two new headquarters complexes in Northern Virginia, not far from the capital.

The company is seen as the front-runner for a $10 billion contract to provide cloud computing services to the Defense Department in a bidding process that has turned unusually nasty, with allegations of corrupt procurement practices directed at Pentagon officials and company managers. Microsoft Corp., International Business Machines Corp. and Oracle Corp. are the biggest names jockeying against Amazon for the award.

The Internet Association, a trade group that represents companies including Google and Facebook, spent $840,000 in lobbying in the fourth quarter, a group record, according to the filings.

A spokesman for the group, Noah Theran, said in a statement that it is “committed to working with policymakers and other stakeholders and are aligning resources in pursuit of a national privacy law.”