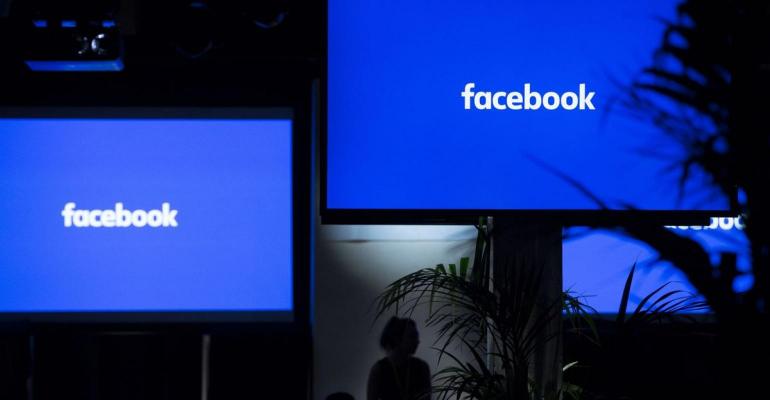 Facebook Inc. says there are still “many open questions” about how it will use and keep data such as users’ Internet Protocol addresses as part of its years-long plans to focus on privacy through messaging and groups.

(Bloomberg) -- Facebook Inc. says there are still “many open questions” about how it will use and keep data such as users’ Internet Protocol addresses as part of its years-long plans to focus on privacy through messaging and groups.

Nearly three months after announcing that the company would address a series of privacy missteps by rebuilding many of its features to emphasize smaller groups and ephemeral and encrypted communication, Facebook cited unresolved questions around so-called metadata and suggested it could be shared with the company’s advertising arm in a letter to Senator Josh Hawley, a Missouri Republican.

“This is a work in progress that we expect to take several years, and it is still in its early stages,” wrote Kevin Martin, Facebook’s vice president for U.S. public policy.

In the letter, which was dated Monday, Martin, a former Federal Communications Commission chairman, wrote that Facebook aims to collect less data, keep it for a shorter time and hide message content even from the company itself. But he left open several possibilities about the use of the information to deepen what the company knows about users.

Metadata is not the actual content of messages, but can contain information on users’ contacts, devices and location from which, privacy advocates say, companies that already possess vast amounts of data on consumers could still collect valuable information and make inferences.

In the case of Facebook, the advocates say, that information would still prove lucrative in the ad-targeting infrastructure that brought in much of the company’s $15 billion revenue last quarter.

In his letter to Facebook, Hawley asked what data the company would glean when users exchanged messages with advertisers, especially if they used a Facebook subsidiary that facilitates online payments, and whether that would be fed back into the advertising architecture.

“Information about transactions can be used for personalization on the Facebook platform in accordance with Facebook’s data policy,” Martin responded.

Hawley, who has emerged as one of the foremost Republican critics of big tech companies, said in a statement that he was “frankly shocked by Facebook’s response.”

“I thought they’d swear off the creepier possibilities I raised,” said Hawley, who floated the possibility that Facebook could determine which users live together through rent payments on the platform. “But instead, they doubled down.”

While Congress continues to debate privacy measures that would allow consumers to opt out of data collection service by service, Hawley has championed a proposal that would block all websites from collecting unnecessary data.

Martin noted in the letter that the company uses metadata to “help make the platform safer, reduce Spam and fraud, and cooperate with law enforcement requests” -- a purpose that he said would become more important once the company cannot see content directly.

He added that Facebook would be consulting with law enforcement, regulators and privacy and safety experts on how to foster user confidence.

The company did provide some specifics. It said it planned to encrypt private messages between more than two participants, but did not plan to offer complete encryption for the content shared in groups, which Martin said “are well-suited for easily finding new communities of people with similar interests.”