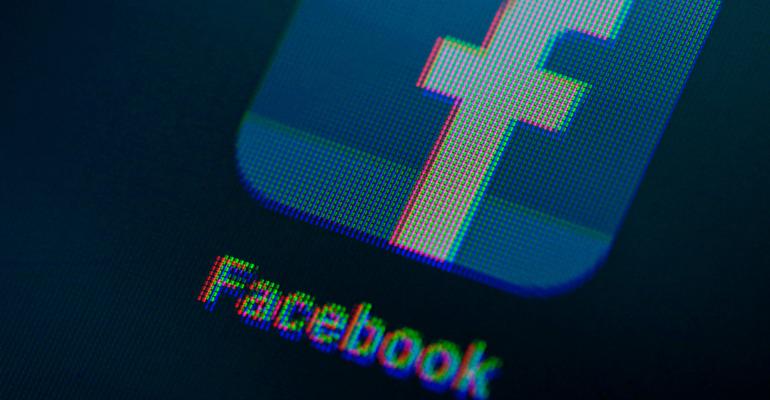 Bloomberg
A logo for Facebook Inc.'s app is seen on an Apple Inc. iPad in this arranged photograph in London, U.K., on Monday, May 14, 2012. Facebook Inc. plans to stop taking orders for its initial public offering tomorrow, two days ahead of schedule, according to a person with knowledge of the transaction. Photographer: Jason Alden/Bloomberg via Getty Images
Security>Compliance and Risk Management

Revelations that data belonging to as many 87 million Facebook Inc. users and their friends may have been misused became a game changer in the world of data protection as regulators are looking to raise awareness about how to protect information.

(Bloomberg) --Revelations that data belonging to as many 87 million Facebook Inc. users and their friends may have been misused became a game changer in the world of data protection as regulators are looking to raise awareness about how to protect information.

Elizabeth Denham, the U.K. privacy regulator leading the European investigations into how user data ended up in the hands of consulting firm Cambridge Analytica, will say in a speech Monday that the technology industry and regulators must improve the public’s trust and confidence in how their private information is handled.

“The dramatic revelations of the last few weeks can be seen as a game changer in data protection,” Denham, the U.K. Information Commissioner, will say at her agency’s annual conference for data-protection practitioners. “Suddenly, everyone is paying attention.”

Denham’s office is combing through evidence it gathered at the offices of Cambridge Analytica during searches last month following reports that the political consulting firm had obtained swathes of data from a researcher who transferred the data without Facebook’s permission. Denham has said that Facebook has been cooperating with her probe, though it’s too soon to say whether the social network’s planned changes will be enough.

The ICO has been reviewing the use of data analytics for political purposes since May 2017 and is now investigating 30 organizations, including Facebook, Denham said earlier this month.

“Our ongoing investigation into the use of personal data analytics for political purposes by campaigns, parties, social media companies and others will be measured, thorough and independent,” she will say in her prepared remarks. “Only when we reach our conclusions based on the evidence will we decide if enforcement action is warranted.”

The remarks come ahead of a meeting of the EU’s 28 data watchdogs in Brussels to discuss the issue and a call between Facebook Chief Operating Officer Sheryl Sandberg and the bloc’s Justice Commissioner Vera Jourova.

Denham’s speech comes ahead of a public awareness campaign, called Your Data Matters, which also seeks to restore people’s trust in how data is treated.