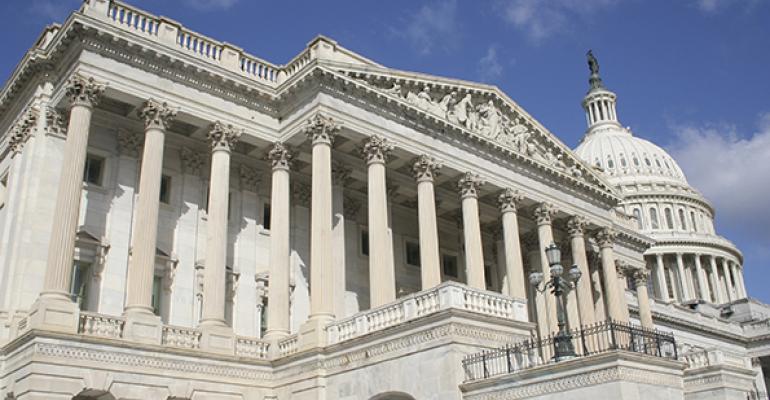 Big Tech’s Antitrust Hearing: What You Need to Know

The leaders of Alphabet, Apple, Facebook and Amazon.com defended themselves in Congress on Wednesday against allegations that their companies have broken antitrust rules. Here’s a rundown of the most critical moments.

(Bloomberg) -- The leaders of Alphabet Inc., Apple Inc. Facebook Inc. and Amazon.com Inc. defended themselves in Congress on Wednesday against allegations that their companies have broken antitrust rules and need to be reined in.

Unlike previous hearings, most of the politicians came armed with tough, focused questions, backed up by a mountain of subpoenaed documents and other information gathered in a yearlong investigation.

The event featured some of the typical beltway grandstanding. But there were also moments when lawmakers forced executives to concede new information, some of which could be used to rewrite aging U.S. competition law for the digital age.

“There were a lot of members of the committee who had really engaged with a lot of the competition problems and had turned up some pretty damning information,” said Rebecca Allensworth, a professor at Vanderbilt Law School.

Here’s a rundown of the most critical moments:

Facebook Chief Executive Officer Mark Zuckerberg had the toughest time as politicians repeatedly cited internal documents to show how the social network has either copied or simply acquired competitors that threatened to compete.

Representative Jerrold Nadler, a Democrat from New York, cited an email between Zuckerberg and then CFO David Ebersman, where Zuckerberg said acquiring an app like Instagram would buy the company time “before anyone can get close to their scale again.”

Zuckerberg conceded that he saw Instagram “both as a competitor and as a complement to our services,” but noted that the Federal Trade Commission approved the deal back in 2012. Nadler dismissed that argument, saying the Instagram acquisition was “exactly the type of anticompetitive acquisition that antitrust laws were intended to prevent.”

Representative Pramila Jayapal, a Democrat from Washington state, also pressed Zuckerberg on the company’s strategy of copying competitor features. “We’ve certainly adapted features that others have led in,” Zuckerberg said.

What about copying a company while simultaneously trying to acquire them? Jayapal asked. When Zuckerberg replied, “not that I recall,” Jayapal reminded him that he was under oath. Zuckerberg once threatened Snap Inc. CEO Evan Spiegel that he would copy his app after Spiegel rejected Facebook’s acquisition attempts.

Instagram co-founder Kevin Systrom also feared that Zuckerberg might try to destroy his app if he rejected the CEO’s overtures, documents show. After one of Systrom’s investors told him Zuckerberg was interested in buying Instagram in early 2012, Systrom asked if Zuckerberg “would go into destroy mode if I say no?” The investor, a former Facebook executive, replied “probably.”

“It is a violation of the Sherman Act to buy out a direct competitor to eliminate them as a danger and protect a monopoly,” Columbia University professor and antitrust expert Tim Wu wrote on Twitter. The 1890 Sherman Antitrust Act has broad provisions that tech critics like Wu say need to be more aggressively enforced.

This was the first appearance by Amazon CEO Jeff Bezos at a Congressional hearing. He got almost no questions during the first part of the hearing, but members of the House antitrust subcommittee eventually turned to him and his e-commerce empire.

Most of their questions focused on the company’s treatment of small merchants who use Amazon’s online marketplace to reach customers. The committee interviewed frustrated sellers, some of whom characterized their experience with Amazon as one of fear, panic and bullying. One bookseller said Amazon had treated her unfairly, putting in limbo a business that supports 14 people with no recourse for appeal.

“I’m surprised by that,” Bezos said. “It’s not the systematic approach that we take, I can assure you.”

Committee members also asked Bezos repeatedly about a report in the Wall Street Journal that said Amazon had used data from sellers on its platform to make copycat products, in apparent violation of the company’s own policies. Bezos said he couldn’t guarantee the policy had never been violated.

Documents published by the committee on Wednesday also showed that Bezos pushed ahead with an acquisition of video-doorbell maker Ring to grab market share despite security and compliance concerns about the startup.

Sundar Pichai, CEO of Alphabet and its main Google unit, got the most questions about perceived anti-conservative bias, and was variously accused of supporting the Chinese military, censoring conservative media and shifting search results to try to sway U.S. elections. But he also got some tough questions on topics that may be at the center of an imminent antitrust lawsuit from the Justice Department.

Several times, he struggled to answer questions on advertising technology, where the company has built a dominant position, mostly through acquisitions. Asked about the company’s decision to restrict ad buying on YouTube to companies that used its ad-routing software, Pichai said the tactics are common in the industry.

“This is consistent with how many services, like Facebook, Snapchat or Pinterest -- you work with their ad tools to buy advertising on their properties,” he said.

In this exchange and others, such as on Google’s work on ad-tracking cookies, Pichai cited concern for user privacy. “You’re trying to use privacy as a shield,” said Representative Kelly Armstrong, a Republican form North Dakota. “But what your company is really doing is using it as a cudgel to beat out the competition.”

Apple CEO Tim Cook took the least heat, fielding about half a dozen questions that focused on the company’s App Store.

Representative Hank Johnson, a Democrat from Georgia, suggested that Apple’s App Store review guidelines are changed on a whim to benefit the company and shut out smaller developers. Cook said Apple treats all developers the same.

In another email from 2014, Cook told an executive from Chinese tech giant Baidu Inc. that he would assign two key contacts -- a pair of marketing executives -- to assist Baidu with app approvals.

Federal and state antitrust investigations are proceeding. The House committee that held Wednesday’s hearing is expected to release its final report by early September. That could include recommendations for new or updated legislation.

“It was sort of long on problems and short on solutions. Although you know you would expect that at this stage as well,” said Allensworth, the law professor. “It’s the solutions that are the really hard part.”