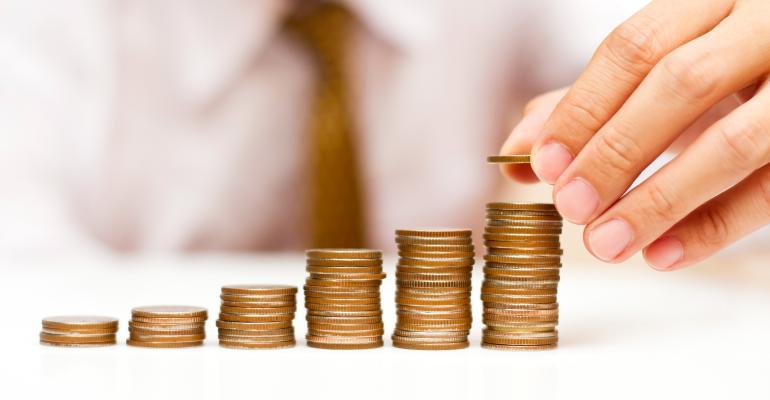 The concern is that banks need to comply with strict regulatory requirements to protect client data. But their industry is being infiltrated by competitors that aren’t necessarily subject to the same rules.

(Bloomberg) -- First there was the financial crisis of 2008. Then years of negative interest rates. Now, banks face what one financial regulator calls the “real game changer.”

Jesper Berg, the head of the Financial Supervisory Authority in Denmark, says the next big threat for banks is the rapid spread of big tech into financial services. The competitive tool is personal data and the playing field is far from even, he says.

“The banks are constrained in what they can do with data, even using data across business lines, not to mention sharing it,” Berg said in an interview in Copenhagen.

The concern is that banks need to comply with strict regulatory requirements to protect client data. But their industry is being infiltrated by competitors that aren’t necessarily subject to the same rules. Berg suggests that political intervention might be the way forward, if banks are to have a fighting chance.

“The biggest issue that needs to be decided at a high level of politics is, do we somehow make rules in relation to sharing and use of data similar, or do we keep a difference?” Berg said. “We need to think about whether, and when, we set rules that are different for different types of companies, where the activity is basically the same.”

Berg oversees a financial industry that has dealt with negative interest rates longer than any other, after Denmark’s central bank first went below zero in 2012. That’s weakened the finance sector, potentially putting it on the back foot as it tries to strengthen its defenses against new competitors. Lars Rohde, the governor of the Danish central bank, has warned that banks will need to rethink their entire business model to adapt to the new world.

Because of the vast pools of information they collect, tech giants like Google, Amazon and Alibaba already enjoy a competitive advantage over banks, Berg says.

According to a February report by the global Financial Stability Board, the proprietary consumer data that big tech extracts from social media, combined with the industry’s access to cheap funding, mean it “could achieve scale very quickly in financial services.”

Part of the ascent of tech companies within financial services has to do with PSD2, a European directive designed to open up the payments industry to competition. In practical terms, it means banks need to pass on their data for free to non-banks, provided customers agree.

“You could say that we’ve gone to the extreme with PSD2,” Berg said. “Not only can banks not use the data fully internally, but they cannot sell it. They have to give it away.”

The FSB’s February report makes the point that reducing entry barriers for big tech might ultimately hurt competition in financial services. As an example, the FSB highlights China, where just two big tech firms account for over 90% of the mobile payments market.

“Big data lives off selling information about you and me, so that other companies can target us more specifically,” Berg said. “The potential real game changer is big data, depending on what they choose to do.” That’s because “they know more about us than anyone else.”

Tech companies that offer loans or take deposits will need to apply for licenses and abide by the same rules as banks, Berg said. But the requirements are far murkier for those that decide to operate as a platform for other financial service providers, and that puts banks at a competitive disadvantage.

“The link to customers would essentially be with big tech,” Berg said.

“And everyone knows that whoever has the link to the customers” ends up being able to “cream the profit,” he said.