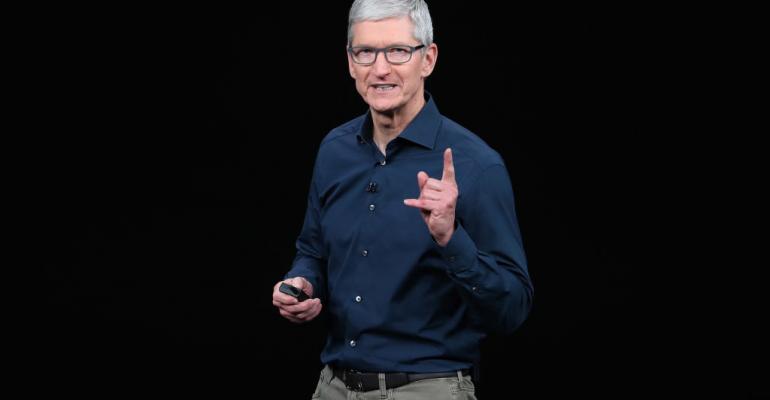 The chief executive officers of Facebook Inc., Alphabet Inc., Amazon.com Inc. and Apple Inc. have agreed to testify before a congressional panel investigating competition issues in the technology industry.

(Bloomberg) -- The chief executive officers of Facebook Inc., Alphabet Inc., Amazon.com Inc. and Apple Inc. have agreed to testify before a congressional panel investigating competition issues in the technology industry, according to a spokeswoman for the U.S. House Judiciary Committee overseeing the probe.

Mark Zuckerberg, Sundar Pichai, Jeff Bezos and Tim Cook are likely to face a torrent of critical questions from lawmakers in a televised hearing about their companies’ business practices as the subcommittee seeks to build its case for tougher antitrust enforcement of tech companies.

Representative David Cicilline, a Rhode Island Democrat who leads the probe as chairman of the antitrust subcommittee, has said he wants appearances by top tech company executives before wrapping up the probe and recommending changes to antitrust law.

The companies have previously shown reluctance to send in their top executives even though Cicilline has said he would be willing to subpoena CEOs that didn’t voluntarily agree to appear before the committee. Earlier, Apple said it would send an appropriate executive to testify before the panel, without promising Cook. Amazon said it would send Bezos to testify “at a hearing with the other CEOs this summer.”

Facebook and Alphabet have also said they would be willing to send Zuckerberg and Pichai respectively, Bloomberg reported last month.

Antitrust scrutiny of giant technology companies is accelerating. Facebook and Google both face competition probes by federal enforcers and nearly all 50 states. Amazon is under investigation in California, Bloomberg has reported, and both the e-commerce giant and Apple are facing scrutiny from the European Union.

Except for Bezos, the CEOs have been questioned at congressional hearings before. Zuckerberg testified in 2018 after the Cambridge Analytica scandal, in which Facebook allowed the harvesting of personal data of millions of users without their permission, and about the company’s digital currency, Libra, the following year. Pichai testified in 2018 to address allegations that Google is politically biased in its treatment of content. Cook testified in 2013 about Apple’s payment of taxes.

Zuckerberg Gets Thrown a Long List of Grievances by Congress
Oct 24, 2019